Half Year: Western Marine Command  Seized N48.8m  Worth of Goods from Waterways 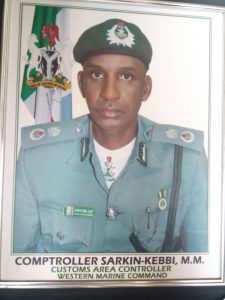 The Nigeria Customs Service, Western Marine Command in Lagos in its renewed operational capabilities has recorded  notable seizures with a total  Duty Paid Value (DPV)  of N48, 854,688 between the  month of  January to June, 2018 . 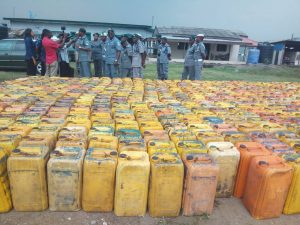 According to the  Press Statement by the Command’s Public Relations Officer,  Emmanuel Tangwa,  he stated that the Command Area Controller, Comptroller Sarkin Kebbi, M.M attributed the successes recorded in the first half of 2018  so far  to new strategies implored by the Command, which are yielding desired goals. 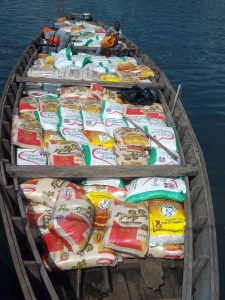 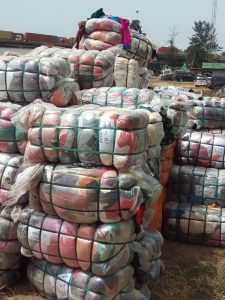 He commended  that the feat achieved so far was  not without daunting challenges in the area of logistics.

“We will not sit and say we don’t have working tools, I will use what is on ground and do the needful”he said.

The command helmsman  reaffirms his commitment in fighting smuggling to a standstill with the creation of “Operation Total Blockade”, with “CAC HQ Surveillance Team” and “CAC HQ Anti-smuggling squad” operating on a 24hrs routine within the Command’s area of jurisdiction.

Noting that the Command major concern is suppressing illicit activities on the waterways, he advised those still involve in the illegal business of smuggling to abandon or continue to face the crackdown by his Officers and Men on the Waterways and Creeks.

Concerning the Sea-Going Vessels at Marina, Lagos, he assured  that plans are in high gear for the complete handing over to Customs. He thanked the CGC and his Management team for working round the clock to see that these sea-going vessels are handed  over to Customs and commissioned for use.

He however did not fail to appreciate the media for their firm support to the Command by reporting objectively on its activities.

Sarkin Kebbi called on the general public to assist the Command with inputs that will help in fighting these economic saboteurs who have resolved  to attacking innocent Customs Officers all over the Country who are  discharging their lawful duties, saying the recent pictures of gruesome attacks and inflicting Customs Officers with life threatening wounds is a call for concern.