SEME Customs Generates over N 1.06B in two Months 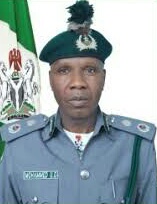 The Nigeria Customs Service, Seme Area Command has generated the sum of N1, 050, 868, 570.20 for August and September, 2018.
The anti- unit of the Command also made a total of 120 seizures with a Duty Paid value of N95, 070, 005.00 for the months under review.
The Enforcement unit recorded the seizures of 14 exotic vehicles, amongst which are, BMW 5 series, Toyota Venza, Mercedes Benz ML 350, Lexus RX 300 etc with a total duty paid value (DPV) of over N70m.
This was contained in a release by the Public Relations Officer of the command, ASC
SAIDU NURUDDEEN ABDULLAHI.
Also a total of 4, 504 bags of parboiled rice were also seized with DPV of N81, 162,080 (equivalent to 7 trailer trucks) Other items like frozen poultry products, vegetable oil, and sugar worth over N30m were also seized.
Three suspects were arrested in connection to some of the seizures and they are currently under investigation and possible prosecution.

Commenting on the revenue generated and seizures made,
in the last two months, the Customs Area Controller, Comptroller Mohammed Uba Garba disclosed that the Command is re-strategizing by deploying a proactive anti-smuggling approach to enforce the Federal Government policies which will boost revenue generation in the command.
The Comptroller further charged officers to complement the Comptroller General of Customs effort by adhering strictly to procedures in order to achieve the core mandate of raising revenue, suppression of smuggling and facilitation of legitimate trade along the Lagos-Abidjan corridor.
With the visit of Headquarters team led by Deputy Controller General of Customs in Charge of Enforcement, Inspection and Investigation, to sensitize officers on the abuse of social media; Controller Mohammed, U.G expressed dismay over the flagrant abuse and unprofessional conduct by officers in disseminating official information through the social media, pledging adherence, commitment by the command to stamp out the menace.
The Customs Area Controller who is the chairman of the Joint Border Security Meeting (JBSM) informed all the relevant border security agencies on the need to comply with the Presidential Directives on ease of doing business and strict adherence to the ECOWAS protocols of eliminating trade barriers along the Lagos-Abidjan corridor.
Consequently, he affirmed the setting up of an ad-hoc Joint Taskforce from the JBSM platform to be headed by the Commanding Officer 243 Battalion, as some internal monitoring mechanism to checkmate the menace of proliferation of checkpoints along the corridor. He advised security heads to be decisive in taking actions that will facilitate legitimate trade viz-a-viz the ease of doing business in order to enhance the growth of the Nigerian Economy.
The Customs Area Controller also noted that the reinvigorated anti-smuggling unit of the command is yielding positive results as drug traffickers and immigrants who uses illegal routes are being apprehended. While handing over to the Nigeria Police Force (represented by ASP Hillary Ikejiaka) arm robbery suspects arrested by the command (Ndidi Chukwuma and Toffa Joshua with eight million, five hundred thousand Naira (N8,500,000.00) in their possession) and Mr Difo Kenneth Cornelius with 14x500grams wraps of Cannabis Sativa valued at eighty five thousand, fifty naira (N85,050.00) to the NDLEA (represented by Udontong Essien) on the 24th of August, 2018 and 14th of September, 2018 respectively for onward investigation and prosecution, the commands helmsman alluded that the need for synergy and collaboration in executing the core function among security agencies cannot be over emphasized as demonstrated by the handing over process.
While thanking all the security agencies for their collaborative efforts for the protection of the economy, he further advised and warned smugglers and non-compliant stakeholders to be receptive to the new social order of the service otherwise the anti-smuggling war will soon be at their doorsteps.