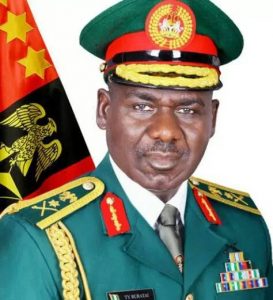 This was contain in a release by the
SANI KUKASHEKA USMAN,
Brigadier General, Director Army Public Relations.

The approval of the promotion by the Army Council for the senior officers today, is the last for the year.

The promotion exercise is expected to re-energise the beneficiaries towards the discharge of their tasks and responsibilities.