Danger Looms at Apapa Port as NPA building near Collapse 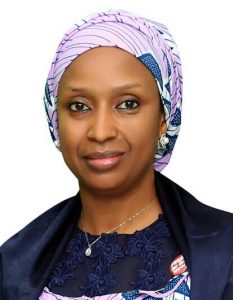 The lives of Officers and Men of the Nigerian Immigration Service (NIS), Port Health and the Nigerian Police Force (NPF) working at the Bullnose Terminal inside the Apapa premier port are in danger as the building is nearing collapse.

Bullnose Terminal is located inside the Apapa port complex.

A visit by our correspondent to the terminal building housing the various federal government agencies deployed to work in the port revealed that some of the buildings are so ramshackled that the officers have to improvise by using woods to support a falling ceiling.

These situation has created panics among the officers who have no other choice of where to use as alternative offices. 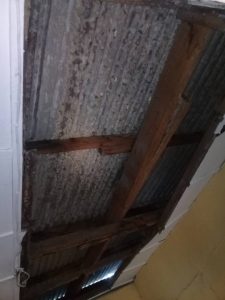 Our correspondent also observed that a section of the ceiling of the facilities located at the Bull Nose end of the Lagos Port Complex (LPC) have collapsed as some of the officers have employed the services of carpenters to wedge the ceiling of one the buildings from collapsing on their heads.

Specifically, the ceilings of the Explosive Ordinance Disposal (EOD), and the Commissioner of Port Police Monitoring Unit departments, already have been abandoned, as the officers are afraid for their lives.

It was also gathered that the officers of the affected agencies have on several occasions utilise their personal funds to fix some of the dilapidated structures for their safety pending when the Nigerian Ports Authority the owner of the building will come to their rescue. But up till now no sign from the NPA to that effect, as such officers of the affected agencies have to run for their safety.

At the Immigration wooden offices, some sections of the cracked walls are already collapsing, even as the electricity sockets are exposed without any form of protection.

While the officials at the poorly structured accommodation declined to respond to questions from our Correspondent on the looming danger ahead, it was gathered that series of letters had been written to both management of the Nigerian Ports Authority (NPA) and the Port Authority Police Commissioner in charge of Western Ports, Hadiza Bala Usman and Mohammed Kura respectively, without any positive response.

Sources however, disclosed that the current situation of accommodation for officials at the Lagos Port Complex can best be described as an eyesore to the international community, considering the peculiar duties of the government officials.