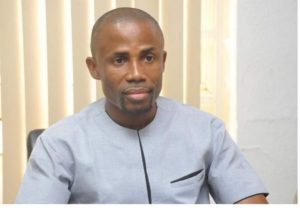 A ghastly motor accident at Mangoro along Lagos -Abeakuta expressway has claimed the life of Barrister Christian Iwarah.

The accident which occurred yesterday in Lagos was said to have happened in the afternoon, when a bus believed to luxury bus lost control and swept Chris Iwarah who was standing beside his car which developed fault for fixing by a mechanic. 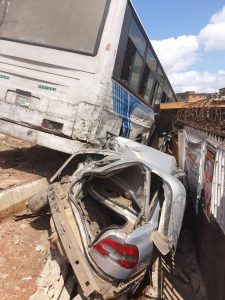 An eyewitness account who narrated how the accident happened says Mr. Chris Iwarah died yesterday the 7th of June 2019. A woman who witnessed the accident said Chris vehicle a Volvo saloon car was being repaired at the road side by an auto electrician (rewire in local parlance). Chris stood by to watch from a little distance. Then the driver of a commuter bus lost control and hit a vehicle displayed for sale along the road before it swept Chris off landing him in the gutter beside the road. His skull got broken. 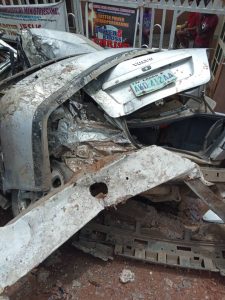 The bus then dragged Chris car and the electrician further down squeezing it beyond repairs. The electrician survived with bruises. The passengers from the bus and the members of the church opposite the scene attempted to revive Chris. but he bled so much.

He was rushed to the hospital but was shortly confirmed dead. 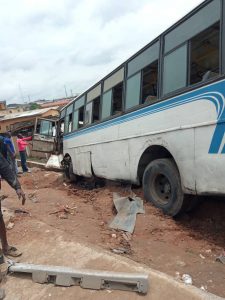 He died in his personal car as the Airpeace management did not accord him an official car. A source from the company said Chris was the only General Manager without an official car, even though there were many new idle vehicles in the company’s car pool.

Barrister Christian Iwarah, until his death was the General Manager Corporate Communication of Airpeace airlines.

Before joining Airpeace, Chris Iwarah, a veteran journalist has worked with the now rested Spectator Newspaper, the Sun Newspaper and was an active member of the Association of Maritime Journalists of Nigeria (AMJON ).

He drafted the AMJON constitution an was the election chairman of the association first election.

Chris was very vibrant, bold and always speak his mind no matter the situation.

May his Soul Rest in Perfect Peace.