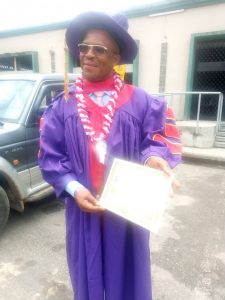 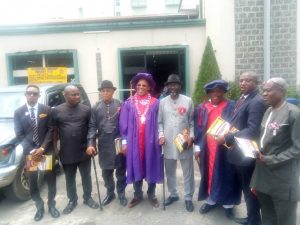 Among the honorees is Hon. Doctor Lucky Nuka Bien who bagged the Christian University’s honorary Doctorate degree.
According to the citation read at the ceremony Hon. Doctor Lucky Bien has contributed immensely to the development of his community and the Church of God, hence the honour.

Born on the 27th of September 1975,
Dr Lucky Bien attended five Primary Schools due to incessant movement of his benefactor who was a pastor.
The Ogoni , Rivers State born philanthropist says he has been consistent in the development of his place and region and that this recent honour will spur him to do more for his people. “With this honour, I feel humbled, elated and happy. I have been a source of help and stand as an umbrella to my people . They shouldn’t expect nothing less than what they have been getting before.

” I must also state that success and honour is not by mistake, is the Lord’s doing . Success is a decision one must take either to be successful or not and devoid of those things that will make you not to succeed “, he said.

Bien also said he is close to politicians and advice the government to do the needful to solve the Ogoni crises , which he described as terrible and called on those taking up arms to sheat their swords as according to him the Ogonis are all brothers.

On the much talk about Ogoni clean up, Dr Bien said ” I have not seen anything going on, I was told they have started, but have not been to the site. But to be candid SERAP has not been sincere with the clean up and they know it”.