WE ARE READY FOR SMUGGLERS 24/7– COMPT. BINGA 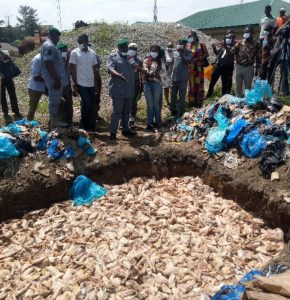 The Western Marine Command of the Nigeria Customs Service (NCS) has ignited its fire power to root out smugglers from the western waterways. This has become imperative as within three days it has seized and destroyed frozen poultry products worth over N50million . 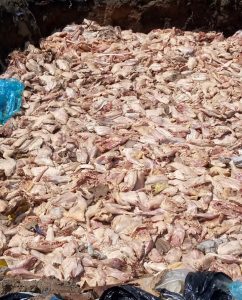 The Command which recently commissioned its gunboat seems to be battle ready as the officers and men of the command are in high spirit to deliver and increased their efforts in frustrating the activities of smugglers in the waterways. 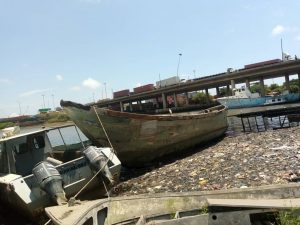 Briefing journalists yesterday at the Command , Comptroller Boyilila Binga said a total of 3,201 cartons of frozen poultry products were intercepted by the command along Bar beach waters at about 15.00 hours on 13th September 2019. The value of the seized products was put at N24,007,500, while Duty Paid Value is N32,400,125.

Comptroller Binga who talks tough said ” With the commissioning of our sea going vessels, we are ready for smugglers 24/7. There is no hiding place for them . When we deploy the vessels into the sea in few days from now, smugglers are in trouble, they should look for other businesses or we are coming for them.”

The seizures which was conveyed in a big wooden boat had it means of conveyance the boat seized by the customs. The comptroller added that the newly commissioned boat will enhance their fight against smugglers on water.

Throwing more light on the new gun boats Binga said “You cannot compare Rolls Royce engine with beetles engine. Our new boat is fitted with Rolls Royce that can go faster and further. We are fully out to fight smugglers and its going to be worse for them. This is a combination of our intelligence and enforcement capacity

“We have shown them that we know their hideouts with smaller seizures made last week. Since they didn’t stop, we have to strike harder and it will get worst for them” he said.