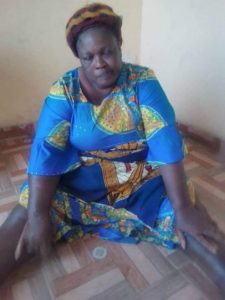 The Police Intelligence Response Team IRT Led by DCP Abba Kyari have smashed two syndicates that specialise in the buying and selling of newly born babies, who are between two and five days old. 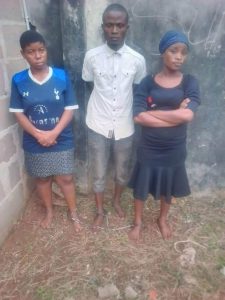 So far, six suspects have been arrested in Lagos and Akwa Ibom States, in connection with the alleged crime.
Some of the persons arrested include a medical doctor, an herbalist, a couple and two middlemen (ladies), who canvas for the buyers and sellers of babies.

The syndicates were smashed by the operatives of the Inspector General of Police Intelligence Response Team (IRT), led by DCP Abba Kyari.

They were alleged to be buying and selling babies to childless couples.
The six suspects currently in IRT are a homeopathic medical doctor, Dr. Una Ekong Godwin, who is 58-year-old, Blessing John 27, Blessing Stephen 25, Israel Ariyo 33, Itoro Anthony 40 and Mrs. Mforbong Itoro, 48.

Sources revealed that the genesis of their exposure and arrests commenced on the 14th day of July, 2019, when a four-year- old, Ojo Adegboyega Fapounga was stolen from his parents.
The incident happened in Ikota Housing Estate, Ajah, Lagos. It was alleged that his parents’ neighbour, identified as Blessing John committed the act. She allegedly took the stolen child to Ibadan on 15th July, 2019 to her childhood friend, Blessing Stephen. The child was said to have spent three days with Blessings and her husband, identified as Israel Ariyo. On the third day, the child was taken to Akwa Ibom and sold to Mrs Mforbong for N350,000.00

Unfortunately for the buyer, the child started crying uncontrollably to the extent that people in the neighborhood started suspecting a foul play. At this point, Mforbong advised Blessing to return the child to his parents in Lagos, saying that the child was above the age to be bought, and that she preferred a week- old-baby.

Thereafter, Stephen returned the child to Ibadan and handed over to Blessing John to return to his parents at Ikota, Lagos.
When she was heading to Ajah with the child, it was gathered that one of her friends put a phone call to her and warned her never to come to Ajah otherwise she would face mob action and be killed.

Determined to take the child to Lagos and at a place close to Ikota, she dumped him in an Apostolic Church at Ketu area of Lagos and absconded.
When the child could no longer see her, he started crying and this attracted the attention of the security man.
When the guard saw the child, he shouted and reported the matter to the church authority who quickly reported the matter to the nearest police station.

After all efforts to trace the person who abandoned the child in the church failed, the Ketu Divisional Police Officer (DPO) decided to take the child to Child Care Center in Lagos.
Determined to unravel the mystery behind their missing child, his father, Mr. Adegboyega petitioned the Inspector General of Police (IGP) through the IRT Commander, DCP Kyari.

Kyari, following the directives of the IGP, launched a manhunt against the baby-stealing and selling syndicates.

This, it was gathered, led to tracking and the arrest of three of the suspects, Stephen, John and Israel who were arrested in Ibadan , Oyo State.
Their arrest led to the apprehension of the other three suspects, Dr. Godwin, Mrs. Mforbong and Mrs. Anthony in Akwa Ibom State.

The source further disclosed that the homeopath had conducted over 30 fatal abortions for students and prostitutes and had used the money he generated from child trafficking to settle the family members of the victims.

It was also gathered that the syndicates had stolen and sold over 30 children.
It was further revealed that some of the children declared missing and not found might have played into the hands of these men and women from hell whose main job is child trafficking.
Blessing Stephen had three children from three fathers and as a result of her adventure in child trafficking business, it was disclosed that she has sold the three children. Her tales to her parents, friends and other family members had always been that her baby died shortly after birth.

But eventually, it was an attempt to sell a stolen child that exposed her and her members.

Confessing to the crime, Stephen said, “I am from Nsitayi, Odor Akwa Ibom State but resides in Ikota Ajah area in Lagos. I dropped out of school from Bright Academy Secondary School, Ajah due to financial problem. I fell in love with one Julius Abang and he impregnated me. I gave birth to Emmanuel for him in 2010. In 2011, we broke up the relationship. Only my mother was taking care of me and when life became unbearable, I went to seek advice from Mrs. Mforbong and she advised me when I became pregnant again to sell the child and tell the father that the child was dead if he ever cared to ask. I was working as an office assistant and my mother did not know that the child was sold. In 2012, I started another work in a shopping complex in Ikota. When I went home, Akwa Ibom for my grandmother’s burial, I dated another guy, a truck driver and he impregnated.

We were together for two years, but after two years, he abandoned me after impregnating me and another girl. After one month that I gave birth, I sold the baby and was given only N100,000 by Mforbong. In 2013,

I got another lover named Israel who was an iron bender. Within six months, he impregnated me. He could not even feed me or pay house rent. The motorcycle he was using for commercial transport had engine fault.
We decided to sell the baby for N250,000. Mrs. Itoro, who collected N20,000 as part of her own share advised us to tell anybody who asked that the baby was dead and buried. Later, Mrs. Ntoro called from village and told me she needed another baby boy. I told my sister, Blessing John to steal a baby boy from Ikota. It was this one that put us in trouble.”

The second suspect, Israel said it was hardship that made him join human trafficking. He said he had wanted to offset debt and other bills but to his greatest surprise, the money did not solve any problem. “I am from Ibadan. I allowed my wife to sell our baby to enable me solve my problems but to my greatest surprise, it is creating more problems,” he said.

The third suspect, Blessing John said it was hardship that also made her to join child traffickers and that “nobody was taking care of me including my brothers . They said I am a prostitute and lay about, a shameless prostitute and a thief. I had operation when I was pregnant and needed money to continue treatment. I dropped the child in Apostolic Church to save my life.”

The fourth suspect, Anthony said, “I came from Uwaniba road in Anua village, Uyo, Akwa Ibom State and live in Uyo and sell palm oil. It was Dr. Godwin that gave me the child, a baby girl to go and sell. He was the husband of my late friend, Mrs. Mercy Godwin. My husband is doing the same palm oil business. I have three children but I have not sold any of them because I cannot sell my children. I prefer to sell other people’s children. My role is to find buyer and supply to the buyer. The first one I did, I got N50,000 and paid the doctor N459,000 because he was the one that brought the baby, while the second one, they paid N700,000 and I collected N259,000.

The fifth suspect, Dr. Godwin said he helped the women to sell their babies because they desperately needed money to feed their families.
“One of the women told me that her husband was doing bunkering and was killed in the process and life became tough for her. She told me that she had five children and wanted to sell one to survive the hardship. I told Mrs. Anthony to look for buyer. She sold the baby for N450,000 and I gave her mother N350,000 and I collected only N100,000 and I did not give Ntoro a dime.”

The sixth suspect, Mrs Mforbong said: “I am a trado-medical practitioner (herbalist) and my husband is a community leader. When they brought the child I called the husband, Mr. Israel and asked him what he would tell his neighbour and he said he would tell them that the child was dead and buried. He narrated how enemies put salt in his motorcycle that destroyed it. He also talked on his house rent and bills that have not been settled. I did not make money from child trafficking because I am a herbalist. I was merely helping them based on what they were telling me to help them to do.”