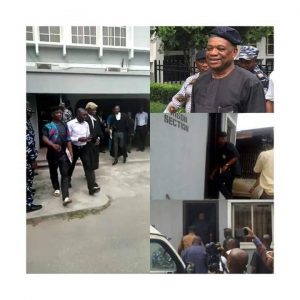 With due respect, I state that the first defendant acted contrary to his oath of office and he shall accordingly be held responsible for his actions. All of those who have aided and abetted him will also be dealt with.

“Let me remind those who hold positions of authority in this country that they shall be held responsible for their conducts. When they act contrary to the law, the same law will catch up with them. I will like to borrow a leaf from the words of the late Dele Giwa, who stated that, ‘No evil deed will go unpunished; any evil done by man to man will be redressed, if not now, certainly later. If not by man, then by God, for the victory of evil over good is temporary’. “It is in this light and circumstances that I again find the defendants guilty.”

“The defendants are, no doubt, first-time offenders and for this reason and keeping with the spirit of the ACJA, the court will temper justice with mercy but only in accordance with the dictates of the law.”