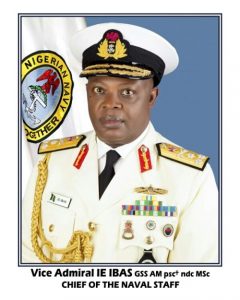 The House of Representatives, National Assembly report of the add -hoc Committee to determine why the Warri, Port Harcourt, Onne, Calabar and Onitsha Ports complexes are not being put to maximal use has concluded its findings. 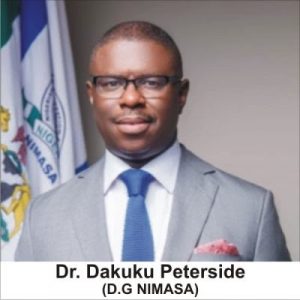 In a 16 pages report, the Seventeen- member committee has indicted the Nigerian Maritime Administration and Safety Agency (NIMASA) and the Nigerian Navy for not providing adequate security to vessels and cargoes going to the ports in the zone.

“Sadly, the Committee discovered that, Nigerian Maritime Administration and Safety Agency (NIMASA) main responsibility is ensuring safe and secured shipping which is why
3% freight charge is collected on every vessel that enters Nigeria waterways. However, NIMASA has failed in this responsibility. The Committee equally discovered that, the sum of $50,000 is paid to the Nigerian Navy before escorting vessels to its destination” the report said.

In the course of their investigations, the Committee also discovered that the Security situation along the Eastern shipping corridor (waterways) has become a major challenge to Ship owners, Shipping Lines, and Port Operators; they said this is so worrisome that any ship on the route must carry what is termed “war insurance” or “War Risk Surcharge” and additional security.

“The poor security situation prevalent in the Niger Delta area in recent years has spurred International Shipping companies to place high risk rating when estimating freight charges to transport goods to the Eastern Ports higher than cost charged for shipments to Lagos”.

The House members also described the Eastern zone as hotspot for kidnapping, sea- robberies and piracy which has created a difference of $300.00 from Lagos to Rivers state. This situation according to them have made ships going to the zone to move in convey and are using private security to avoid attacks.

“The area has been a hotspot for kidnapping, sea-robberies and piracy.
The effect of these activities has given rise to high cargo freight charges.
The difference in container freight from Port of Loading (POL) to Lagos and from Port of Loading to Rivers Ports is approximately $300.00 (Three hundred dollars) per TEU which is about N110, OOO.00 (One hundred and ten thousand naira) difference. Ship Owners therefore become very apprehensive when approached by Shippers to hire their vessels to Eastern Ports.

“Vessels going to the Eastern Ports move in convoy, and are alleged to use private security, (which is the responsibility of the Nigerian Navy), Armed Marine Police or the option of the Vessel stopping at Lagos to board armed Guards for the vessel which is not only expensive but time consuming. This perception by ship owners that the area is still insecure and therefore, has continued to utilize the Lagos ports as against other ports in the country.” the report said.