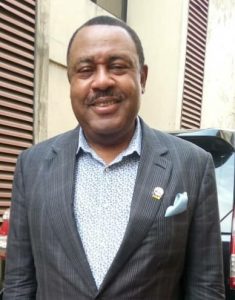 It could be recalled that NAGAFF in a press statement issued yesterday and signed by Dipo Olayoku had dolled out N1.5m to both the Federal and Lagos State Governments , Media as well as other stakeholders as relief for the Covid19 pandemic.
The NAGAFF said the donations is to further ensure operational efficiency and wellbeing of the port users across the ports.

But in a swift response to the NAGAFF gesture, the Association of Nigerian Licensed Customs Agents (ANLCA) rejected the N100,000 donated to them by NAGAFF.

ANLCA National President, Tony Nwabunike in a statement said ” While appreciating the magnanimity of NAGAFF to make those donations at this critical period , we asked that the amount donated to ANLCA be plough back to NAGAFF in helping to achieve a befitting operating environment for its operatives ”

The ANLCA president said his association has been deeply involved in charity without making it a media issue.

“We in ANLCA is a body of notable individuals in the Customs brokerage and Freight Forwarding profession have stepped up giving to persons in and outside of the maritime industry without making a media show or hype of it.

” Whereas, you did announced in your statement that the listed beneficiaries of your donations should contact ” The Undersigned ” . Don’t expect Federal and Lagos State Government to contact you, because they are engrossed in managing the effects of the pandemic and containing its spread ” Nwabunike said.