WE ARE SET FOR IMMEDIATE RE-TRAIL OF UZOR KALU- EFCC

…AS UZOR KALU RELEASE A STATEMENT 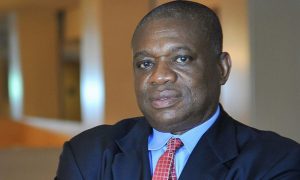 With the surprise nullification of the twelve years jail term handed down by the Federal High Court to the former Governor of Abia State, Orji Uzor Kalu by the Supreme Court today. The Economic and Financial Crimes Commission (EFCC) has promised to mobilized for the immediate retrail of Urzor Kalu.

The Commission has said this in a Statement by Dele Oyewale, EFCC’s Head of Media and Publicity who in a press release described the Supreme Court judgement as unfortunate, adding that it is a technical ambush against the Commission.
Oyewale who described the commission’s evidence against Kalu and others in the matter as overwhelming added that entire prosecutorial machinery of the EFCC would be launched in a fresh trial where justice is bound to be served in due course.

The Statement reads “The attention of the Economic and Financial Crimes Commission, EFCC, has been drawn to the judgment of the Supreme Court nullifying the trial of a former governor of Abia State, Orji Kalu , his firm, Slok Nigeria Limited and Jones Udeogu, a former Director of Finance and Account of Abia State Government and ordering their fresh trial at the lower court.

” The apex court based its verdict on the grounds that Justice Mohammed Idris, who convicted Kalu and others had been elevated to the Court of Appeal before the judgment and returned to the lower court to deliver the judgment which it considered as illegal.

“The EFCC considers the judgment of the apex court as quite unfortunate . It is a technical ambush against the trial of the former governor. The Commission is prepared for a fresh and immediate trial of the case because its evidences against Kalu and others are overwhelming.

” The corruption charges against Kalu still subsist because the Supreme Court did not acquit him of them. The entire prosecutorial machinery of the EFCC would be launched in a fresh trial where justice is bound to be served in due course.”.

Meanwhile, the embattled Chairman of the Slok Group of companies has reacted to the Supreme Court Judgment. Senator Orji Uzor Kalu in a Statement released today, May 8, 2020 said the Apex court has affirmed his right to fear hearing.

The statement which was personally signed by him reads,
“Today, the Supreme Court of Nigeria gave a judgment in my favor, quashing the conviction which the lower court had entered against me. By today’s judgment, the Apex court of our dear country affirmed my right to fair hearing and equal protection of the law.

*The past five months have been quite a profound period for me. As challenging as that period has been, it has provided me an opportunity to learn invaluable lessons about our country, our peoples, our justice system and the true meaning of love. I mean love for family, love for our country and love for humanity.

” I want to use this moment to thank my family, my colleagues, my friends, my supporters, the people of Abia State, and all Nigerians for their unflinching and unwavering confidence and trust in me through the very testing period. We all know today that their prayers have not been in vain. I also use this opportunity to express my gratitude to the Nigerian Correctional Service for the unalloyed professionalism and sincere humanity extended to me by its staff while I was in their custody.

“I must accord a special mention to the Justices of our Supreme Court for their unwavering commitment to rule of law. We all stand reminded of the consistent and strategic relevance of the Nigerian Supreme Court in holding this country together, even in moments of great peril. As far back as in the 1971 case of LAKANMI V. ATTORNEY GENERAL OF THE FEDERATION, (the Ademola Adetikumbo-led Court) the Nigerian Supreme Court has severally rescued this country from the precipice. Also throughout the dark era of military rule in Nigeria, the Supreme Court neither wavered nor flinched in its commitment to justice and fairness. And despite some moments of distraction and mass hysteria, the Nigerian Supreme Court has remained the veritable compass to the highest ideals of justice attainable in this country. This long tradition of the court was exemplified in today’s judgment. I was humbled by the court’s boldness and sense of justice as shown in my case.

“Overall, my experience tested and reaffirmed my belief and confidence in our country, Nigeria. My case is a true Nigerian story with a bold MADE-IN-NIGERIA stamp on it. It is a story of initial injustice that was caught and ultimately corrected. It is a story of restoration. It is a story of how a wrong was righted and how justice and truth prevailed in the end. It is a story of the power of hope. My case should teach us all that even though we may not get things right at the first attempt, with patience and dedication, we shall get them right eventually. That is the lesson of my case and that is the lesson of our country – that with dedication and patience, we shall place Nigeria in its rightful place eventually.

” Before I end, I would like to let it be known that the events of the past five months gave me an added perspective on matters of justice and injustice in Nigeria. I have come to know that the course of justice will not be complete if it stopped at my case. It must continue until it touches the lives of millions of Nigerians who face injustice anywhere in this world. I shall be dedicating my time henceforth to ensuring there will be justice for all Nigerians whether they are in Sokoto or Akwa Ibom or in Lagos or Maiduguri or in Jos or Enugu, or wherever they may be. Justice for one man or for a few people will no longer be enough in this country. A system whereby over 70% of all prison inmates population is made up of people awaiting trial cannot be allowed to continue. Situations where innocent people are falsely charged with murder just to get them out of the way does not dignify our country and cannot continue. Justice must now mean justice for all. That is my pledge to Nigerians.
I look forward to rejoining my colleagues in the Senate as soon as possible.

Thank you and God bless all of you.”

Signed by:
SENATOR (DR) ORJI UZOR KALU
(Given on the occasion of the Supreme Court judgment quashing the judgment of a lower court entered against him on December 5, 2019)