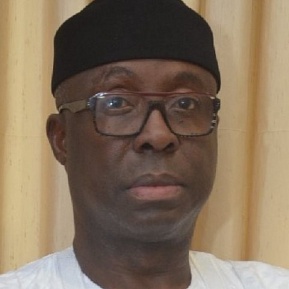 Adebayo said importers have devise various means of importing fake and substandard goods into the country through false declarations, fake documentations and non compliance to SON’s regulations knowing that the agency is not in the entry points to checkmate them.

He said SON must go back to the ports to carrying out their statutory functions to safeguard Nigerians from the menace of fake and substandard products.

Making his presentation, the Director General of SON, Mr Osita Aboloma said that , since SON was ordered by the government to move out of the the ports it has become very difficult to track down fake and substandard products imported into Nigeria as according to him his agency are not mostly involved in what is happening at the entry points into the country.

The SON boss said ,the Organisation Acts of 2015 empowered the SON to be at the entry points into the Country, saying no agency can do the job of SON on its behalf.

The adhoc committee had promised to sanction any agency found to be culpable in allowing substandard and fake products into the Country.

Many stakeholders have been advocating SONs returns to Nigerian seaports and border posts to thoroughly checkmate the influx of substandard and fake products into the country.
The agency was among the government organisations evicted from the ports in 2014 over the huge cry of too many government agencies in the ports.