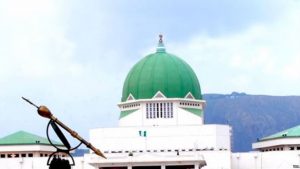 The Nigerian House of Representatives said its Committee on Public Accounts, Labour and Law will investigate the alleged secret account been operated by the Nigerian Ports Authority (NPA) to unravel the agency’s involvement as well as uncover any other accounts operated by the agency.

The House also alleged that the NPA may have been operating other secret accounts which have deprived the government of needed revenue.

In a motion moved by Hon. Kolawole Lawal at the floor of the House , he said the NPA operated a secret account in a Commercial at Lagos State with a balance of $1.3billion and was exposed by a whistleblower.
That the House should investigate the NPA to unravel other secret accounts that might have been in operation by the agency.

It could be recalled that a whistleblower has petitioned President Mohammadu Buhari alleging that the NPA is operating a secret account with Unity Bank PLC detailing the account number and the account balance of $1.3billion.

But , the NPA through a statement has denied operating such account. But the agency however accepted that the agency has an account with Unity Bank PLC, only that both the account number and the amount has a slight differences from the whistleblower’s own figures.
The NPA also said the account has been dormant due to legal issues.

With the intended investigation by the House of Representatives, Nigerians will be better informed of the true position of the alleged secret account operated by the NPA.