ISSUES: Fraudulent Concession of Customs Functions: The Troubles Ahead 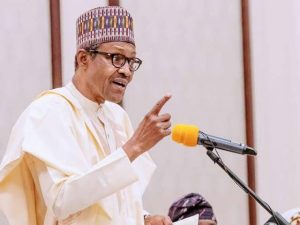 Again, crises arising from wrong and misinformed position is looming in Nigeria’s second largest revenue generating agency, the Nigeria Customs Service ( NCS). The NCS has often been used as a “Guinea Pig” for trials by error to upsurge the revenue functions of the Service. In fact most scheming foreign contract racketeers feels they could do the work of Customs officers more than the Customs themselves. 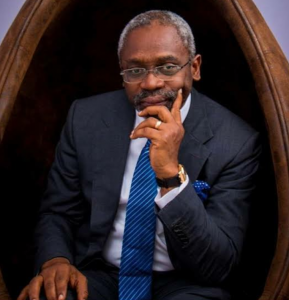 Selling the Customs revenue generation functions to the highest bidder has always been the intentions of some powerful cartels. The idea was first muted to former President Olusegun Obasanjo during his reign. Infact Obasanjo nearly fall for it, when he said if he has his way, he will scrapped the Customs Service.
Then, the Crown Agent a foreign firm was used as a front to bid to take over the revenue functions of the Customs in 2001, under the Ministerial supervision of Dr Ngozi Okonjo- Iweala as Minister of Finance. The deal was perfected , Obasanjo and Ngozi Okonjo- Uweala nearly ceded the Customs to Crown Agent, but through stakeholders intervention, the deal was stopped. 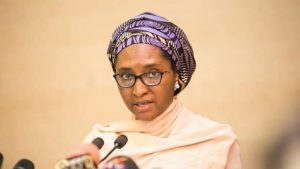 The Nigerian Customs Service then began Information Technology modernization by migrating from Pre-Shipment Inspection (PSI) to Destination Inspiration (DI) to Asycuda and to Asycuda++. Then, NCIS and now e-Customs. 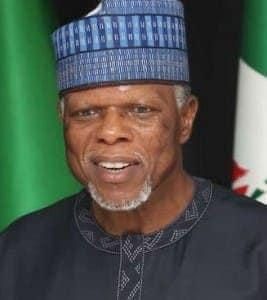 It is on record that the Goodluck Jonathan’s administration gave the Customs open hands to develop and modernised itself to the modern day Customs as required by both the World Customs Organization (WCO) and the World Trade Organization ( WTO).
Infact, the Abdullahi Dikko Inde’s regime , despite all odds really work hard to leave a modern Customs Service any nation can be proud of.

E- Customs is simply an integration of applications, platforms and hardwares involving an all in – one nationwide imports and Exports management system. In addition to this, the solution facilitates excise processes , security/ anti smuggling activities, manifest processing, licensing, revenue collection and information sharing amongst others. The system has a unified platform which is open to all users, such as traders, agencies, Customs inspectors and administrators .

The effect of the e- customs mechanism is simply to change paper and manual works to automated e- flows. All this functions the NCS has embarked upon over a decade ago and it is worthy to note that huge progress have been recorded.
Why then this Col Hameed Ibrahim Ali Customs not continued to improve on what he meet on ground? . Why going back to mortgage the Customs to a foreign firm in the name of improved revenue, predicted on forecast?

Facts have emerged that the Federal Government may have been tricked into approving the concession of the Nigeria Customs Service (NCS) automation project called e-customs with a wrong and unrealistic revenue generation projection from the consortium of concessionaires, who have promised to invest $3.1billion and generate $176billion within in a 20-year contract.

Despite the warnings by both Senate and House of Representatives Committees who held public hearings to investigate the reliability or otherwise of the fathom contract, the Federal Executive Council last week approved the controversial Concession contract to a foreign firm known as Messrs E-Customs HC Project Limited at the cost of $3.1b for a period of 20 years under Public Private Partnership (PPP) arrangement.
This deceitful contract was promoted have no cost effect to the Federal Government, but to derived its findings from the 1% Comprehensive Import Supervision Scheme (CISS).

JOINT HOUSE COMMITTEE FINDINGS AND THE TROUBLES AHEAD
Disturbed by the scheming, secrecy and fraudulent nature of the deal which our findings reveals emanated from the office of the Chief of Staff to the President in 2016. Both the Senate and Joint House Committees on Finance, Customs and Excise and Public Petitions to investigate the proposed concession.

According to the Committee, the NCS in recent time is leveraging on Information Communication Technology (ICT) tools as a major driver in achieving its major functions as spelt out in Section 4 of the Customs and Excise Management Act ( CEMA) for the purpose of Controlling and managing the administration of the Customs and Excise laws. Collection of Customs and Excise revenue and account for same in a manner as is prescribed by the laws of the Federation and Suppression of smuggling activities , arrest and prosecution of offenders and safeguarding the health of the nation.

The Joint Committee which draws its powers from the House resolution No. HR. 132/10/2019 dated Thursday 10th October, 2019 was mandated to urged the different parties involved in the controversial contract to maintain status- quo – ante pending the outcome of the public hearing. To unveil the foreign and local parties, consortium of sponsors, co- sponsors, financiers and technical consultants interested in the proposed concession . And to look at the expenditure and disbursement patterns of the 1% Comprehensive Imports Supervision Scheme ( CISS) between 2012, when the other Service Providers like Webb Fontaine (that is previous modernizers of Customs) handed over to the NCS and now (2019) and report back to the house.

In carrying out their findings, the Committee wrote letters to the Federal Ministry of Finance, Budget and National Planning, Attorney General and Minister of Justice, NCS and the Infrastructure Concession and Regulatory Commission
for the suspension of the 2019 proposed concession agreement pending the outcome of their investigation by the Joint Committee. Letters was also sent to stakeholders, Bionica Technologies, Bergmans Security Consult, African Finance Corporation and Huawei as the Consortium and Adani Systems Limited.

During the interactive session by the joint committee, it was discovered that, in line with the section 42(1a) of the Procurement Act 2017, the Bureau for Public Procurement (BPP) on the 11th April 2017, granted certificate of no objection to the CBN recommending Messrs Adani Mega Systems Limited/ Webb Fontaine for the award of the project contract.
It was also discovered by the Committee that CBN-TC on the CISS on behalf of the Federal Government engaged and signed contract with Messrs Adani Systems Limited/Webb Fontaine on a Build Operate and Own agreement. The document as shown by Messrs Adani Systems proposed Concession period would last for 20 years on pro- rata sharing of 1% (CISS and NESS) on phase 1 of ($300m) investment.
Though, the Committee was in possession of documents presented by Messrs Adani Systems Limited/ Webb Fontaine to buttress its stand on the existence of a contract agreement entered between the CBB-TC on CISS. However, the Consortium presented a letter of engagement from the office of the Chief of Staff to the President and other documents showing the level of work they have done, but unfortunately there was no contract agreement with the Federal Government of Nigeria.

LITIGATION: NIGERIA MAY PAY $2.5BILLION
With the high level intrigues and subsequent abandonment of Messrs Adani Systems Limited/Webb Fontaine and awarding the Contract to a new contractor, Messrs E-Customs HC Project Limited with nearly all the same conditions entered into by the CBN- TC with Messrs Adani Systems Limited/ Webb Fontaine, its a clear hijack and maltreatment of the former.

Based on this turn of event, Messrs Adani Systems Limited/ Webb Fontaine instituted a court case challenging the cancellation of the agreement in December 2018 at the Federal High Court with suit No FHC/ ABJ/CS/2017.

Based on the suit, the Solicitor General of the Federation has written the Minister of Finance urging it to consider the strength and weakness as well as litigation fees of $2.5billion and length time frame of embarking on this case and how that may affect the ultimate goal of government for revenue generation.

On the other hand, the presidency through the office of the Chief of Staff to the President had issued a letter dated 17th September, 2019, engaging the Consortium titled “Presidential Initiatives on Customs Modernization ” e- Customs Project” to carry out the same project awarded to Messrs Adani Systems Limited/Webb Fontaine seven months after they were engaged by CBN-CISS.

The Joint Committee concluded that the Presidency was not duly informed of the existing contract agreement and litigations filed by Messrs Adani Systems Limited/ Webb Fontaine and that there was no evidence before the Committee that a contract was signed between the Consortium and the Federal Government or CBN- CISS.

The Joint Committee in its recommendations said that in as much as both Messrs Adani Systems Limited/Webb Fontaine and the Consortium under the project were geared towards achieving the same project goals/results, Messrs Adani Systems Limited/ Webb Fontaine be allowed to continue with the project so as to avoid unimaginable possible revenue loss to the Country. They also supported the project to be on Build , Operate and Transfer and not Build Operate and Own. The Joint Committee, however mandated the House of Representatives to ensure the compliance of the Federal Government with their recommendations.