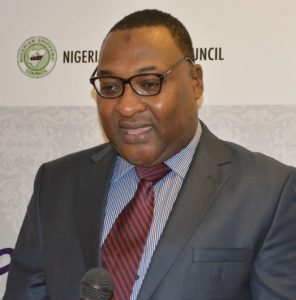 The newly appointed Permanent Secretary of the Ministry of Transportation, Dr. Magdalene Ajani has commended the Nigerian Shippers Council (NSC) for its promotion of the establishment of Vehicle Transit Areas (VTA) amongst other initiatives aimed at trade facilitation to boost the nation’s economy and delivering high quality service to shippers.

Dr. Ajani who spoke in response to the briefing she received from the Executive Secretary/CEO of the Nigerian Shippers’ Council, Barr. Hassan Bello who led a team of top management staff to the Federal Ministry of Transportation. She expressed delight about the achievements of the Council and encouraged the management to press ahead with the impressive work they are doing, assuring them of the Ministry’s support.

In his presentation, Bello spoke about the various ongoing projects and initiatives that the Council has embarked upon. He told the permanent secretary about the push for 24-hour port operations, efforts to address congestion at the ports and multimodal transportation of goods to and from the ports and digitalization. He also spoke about challenges, particularly resistance to regulations by some stakeholders.

On the VTAs, Dr. Ajani was particularly excited about the prospect of the actualization of VTAs in various parts of Nigeria leading to a significant reduction of road traffic accidents. She said the VTAs would create sanity on the roads while generating employment.

The National Single Window according to her is very important for the development of the maritime sector in Nigeria as it will ease the business of shipping.

The permanent secretary further commended heads of maritime agencies for their monthly meetings during which issues within the industry are discussed exhaustively with a view to finding solutions. She said the Ministry expects synergy and collaboration amongst all the agencies under her supervision in order to deliver on the mandate of President Muhammadu Buhari.

Dr Ajani promised that the Ministry would assist Shippers’ Council to actualize its goals, pointing out the importance of further synergy between the Nigerian Railway Corporation and Shippers Council in progressing transportation of containers to and from the ports.