Home » News » Why SON Should be Properly Funded for Optimal Performance

Why SON Should be Properly Funded for Optimal Performance 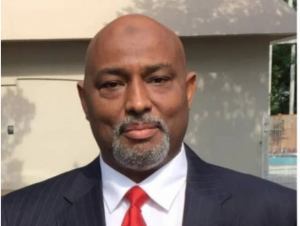 The work and task of sanitising the nation of fake, counterfeited and substandard products have continued to constitute the major concern of stakeholders across the country. The ways and means of achieving the feat has kept analysts and observers pondering. For the avoidance of doubt, poor budgeting allocations for Ministries, Departments and Agencies (MDAs) of government have since been identified as one of the greatest challenges impeding their under performance.

The Standards Organisation of Nigeria (SON), the apex Federal Government regulatory agency concerning the standards and quality control of products (even services) given and delivered in the country has continued to be hampered by teething and perennial limitations. Even the private sector operators says that the SON has been under funded over the years by the Federal Government, hence cannot perform optimally as expected.

Operators have maintained that SON needs to be adequately catered for by the Government in view of its herculean task of setting standards for goods and services as well as monitoring, enforcement and ensuring due compliance to the standards benchmarks in accordance with global best practices. Several stakeholders including Business membership organisations, Manufacturers, professionals and economic experts have continued to canvass for SON to be properly funded in order to enable the agency discharge its key functions appropriately and effectively.

Nigeria being country with over 200 million people, large and densely populated with expand land mass and with uncontrolled ports and porous borders. SON with minimal manpower and dearth of operational facilities, resources poor funding, analysts argued that with such lack and lapses, it will be practically impossible for the agency to perform magic.

Therefore, the conviction of stakeholders’ remains that SON should be given the wherewithal to serve the nation properly through adequate funding. Leading business operators and industry players across the country have been upbeat concerning their expectations from the newly appointed Director General, Standards Organisation of Nigeria (SON), Mallam Farouk Salim. For them , it would be only through improved budgetary funding and mobilising adequate resources that are urgently required that would enable the new SON boss to build and consolidate on the gains made by his predecessors.

However, while the stakeholders expectations is very high, they have also described the new SON helmsman as ‘‘a round peg in a round hole’’. Arguing that, the work of standardisation and compliance call for concerted efforts of public and private sector players. The business and professional stakeholders must maintain that strengthening collaborations with critical sectors that would ensure proper monitoring and enforcement of quality and standards of products.

While acknowledging the appropriateness of Salim’s appointment as SON DG at a time like this, taking cognizance of his robust profile which places him at a vantage position to carry out this critical assignment, the stakeholders have also set what some of them described as ‘the urgent agenda’ Salim needs to focus on as he hits the ground running.

According to Muda Yusuf, Director General, Lagos Chamber of Commerce and Industry (LCCI), “The key areas the new SON, DG should focus on first includes , deepening of intelligence; this is because without intelligence, the enforcers cannot catch up with the criminals that perpetuate the production and importation of substandard products. So, strengthening of intelligence is very crucial and this requires support and collaboration of the private sector.

“We will also like to see better logistics for the staff and better security for them. Because the task of stopping the criminal elements involved in the production and circulation of substandard products is a very risky assignment. So to primarily reduce the risks involved, the new DG will need to collaborate with the security agencies to provide adequate security cover for the officials of SON.

“We will also like to see stronger enforcement, stronger compliance among all the critical stakeholders, particularly in the private sector. This requires high level of discipline among the officials. It requires that the officials didn’t compromise. Also, in order to improve the resources available to him, he will need to collaborate with the relevant agencies of the government and the private sector to put pressure on the government to strengthen the capacity of SON with the desired resources so that things will work out better.”

Yusuf also assured that LCCI’s doors are open to SON for collaboration and support because “we see SON as a partner. It is in the interest of the investors in the economy to see that SON is supported to do its job. This is because we need to bring sanity to the business environment. We need to do away with all these substandard and fake products. All these things bring a lot of image and reputation problems for us as a country. It also damages the image of well-known brands in the system. So, we are ready to cooperate with him; our doors are open for SON.”

The Pharmaceutical Society of Nigeria (PSN) also have high expectations for the new DG of SON. The professional organisation expects one of their own to, among others, position the agency at a pedestal on which it would effectively “curb influx of sub-standard, life-endangering goods infiltrating Nigeria.”
Describing the new DG as “a thoroughbred pharmacist with the pedigree to pilot the affairs of SON,”

“Salim, a certified pharmacist, has a vision of bringing changes by promoting public safety and the role of standards in local manufacturing and creating an enabling environment for innovations that will stimulate national self-sufficiency.” As the pharmaceutical body acknowledged, Salim is a certified Pharmacist. His colleagues said he is “versatile in clinical pharmacy and medical representation, and that he is an allergy specialist, among others.

According to his profile, the newly appionted DG of SON, Alhaji Farouk Salim, after obtaining his B. Pharm from Ahmadu Bello University (ABU), Zaria, Kaduna, in 1985; he proceeded to the Washington University, St. Louis, Missouri, USA, for his Master’s degree in Business Administration (MBA) between 1997 and 1999.

Aside his profession, Salim has also played active roles in social activism and partisan politics. He was a former National President, Pharmaceutical Association of Nigerian Students (PANS), and is an All Progressive Congress (APC) chieftain. A member of the mobilisation Committee of APC Presidential Committee 2015. He was, until his appointment, the Deputy National Chairman of APC in the USA.
Considering the scope of his intellectual, professional and social contacts, it is believed that Salim has the clout to run Standards Organisation of Nigeria (SON) to greater heights.

Infact with his appointment by President Muhammadu Buhari’s there is much expectation as quality conscious Nigerians call on him to bring his core competencies in quality assurance and management to bear on this institution and positioned it to play a leading role in the drive for national socio-economic recovery. This is because Salim is taking up this critical national assignment at a time when resuscitation of the national economy from the pangs of the COVID-19 pandemic demands strict and well supervised guidance of local production and distribution of quality products that would not only meet local demands, but also nurture competitive export market.

The Minister of Industry, Trade and Investment, Otunba Niyi Adebayo (CON), in the letter conveying Salim’s appointment, had declared that it would be for a period of four years with effect from 26th September 2020. Informed observers believe if he hits the ground running immediately, Salim stands a chance of making a big difference in SON in the next four years and beyond.

A pharmacist with about three decades of practical experience, Salim, an indigene of Tarauni community, was born 11th January, 1963 in Kano, Kano State. He has the needed exposure in quality assurance and from his utterances and the bold steps he has taken since his assumption of office, there are signs that SON, under his watch, is poised not only for the needed consolidation of the service improvements introduced by his immediate predecessors but also for greater exploits.

While taking over from Mr. Osita Aboloma, the immediate past Director-General of the agency, Salim had promised to bring changes to the organisation by promoting public safety standards in local manufacturing, import and export and creating an enabling environment for innovations that will stimulate national self-sufficiency.
He said there is the need to strengthen enforcement through increased cooperation with the relevant authorities like the Police, the Judiciary, the National Assembly and the Executive arm of the government and promised to simplify payment systems through information technology, to guarantee improved service delivery, operational efficiency and encourage customer feedback and suggestions towards achieving the goals.

Impressed by the appropriateness of his first steps as he assumes offic. His robust profile and the vision he has espoused so far, major stakeholders, who hardly voice their professional and official assessments, have come out to describe him as ‘a round peg in a round hole.’ Among top professional bodies and informed stakeholders that have expressed confidence in his ability to deliver on the job includes the Lagos Chamber of Commerce and Industry (LCCI) and the Pharmaceutical Society of Nigeria (PSN).

LCCI, in its congratulatory message, wished the new DG a successful tenure. As the Director-General of LCCI, Muda Yusuf, puts it: “We congratulate the new DG, Alhaji Farouk Salim, on his assumption of office and on behalf of Lagos Chamber of Commerce and Industry; we like to extend our best wishes to him for a successful tenure. We also like to assure him of the support of the LCCI in the discharge of his responsibility of ensuring compliance and ensuring that Nigerians enjoy the benefits of quality and standard products. We expect he consolidates the gains made by his predecessor.”

The Chamber, through Yusuf, suggested that the new SON boss should strengthen collaboration with critical stakeholders, including the private sector, to ensure that he achieves the objectives of the organisation because synergy or collaboration is key in getting intelligence, information and logistics. “All these things are very important in achieving the desired result.”

“We are also aware that there are resource limitations for SON, like many other government agencies. I will like to assure him of our support in trying to mobilise resources either through advocacy to ensure that SON has the resources to properly discharge its responsibilities because monitoring and enforcement of standards and curbing the activities of unscrupulous elements in the country is a very daunting task, especially given the size of the country. So in order to scale up the capacity of SON, I think all necessary support needs to be extended both from the private sector and the public sector. So, once again, we wish him the best in his new assignment.”

Other key stakeholders who have expressed joy over Salim’s appointment and also set agenda for the new SON boss is the Pharmaceutical Society of Nigeria (PSN). In a statement, signed by its President, Mazi Sam Ohuabunwa, and National Secretary, Emeka Duru, PSN described Salim as “the best choice to curb the influx of substandard and life-endangering goods infiltrating the country. The professional body said “the nation needed a detailed oriented individual with the ability to listen, observe, research, consult, and administer solutions to the pressing challenge at ports and borders.”
Welcome onboard sir.