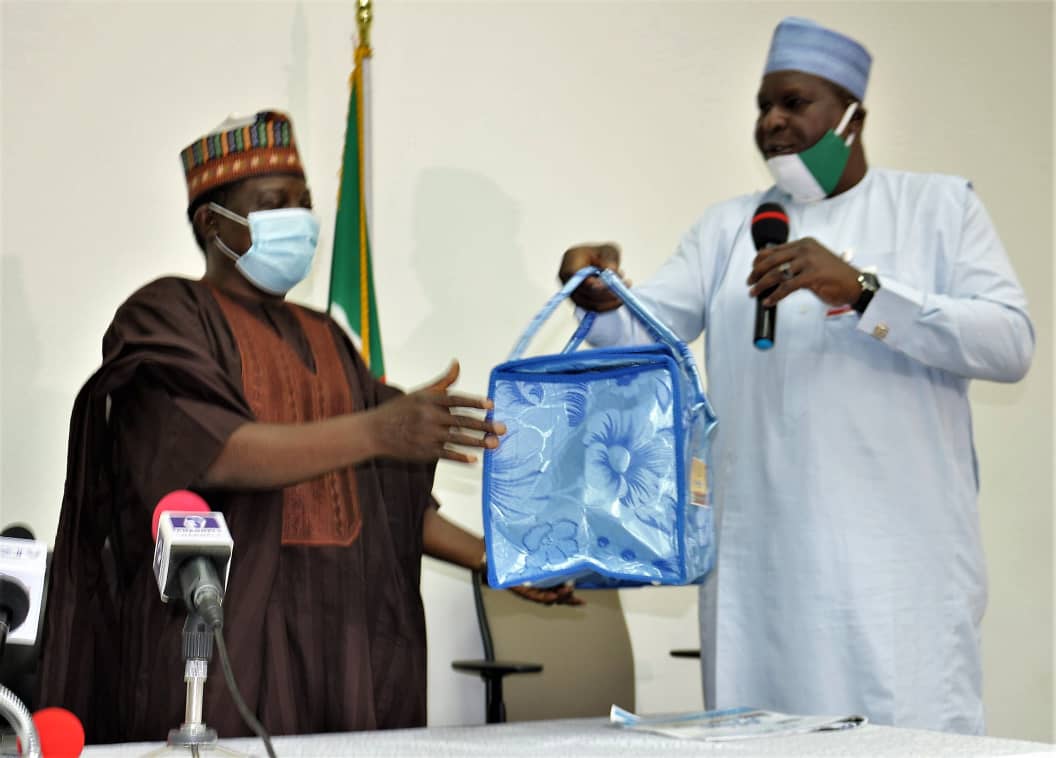 The Plateau State Governor, Simon Bako Lalong and the Chairman, Plateau State Council of Traditional Rulers and Emirs, Da Jacob Buba Gyang, have assured the Federal and States Governments that the National Festival of Arts Culture (NAFEST) slated for Jos, November 2020 will be a reference touch bearer in organisation, and showcasing of the best of the Plateau nation culture. 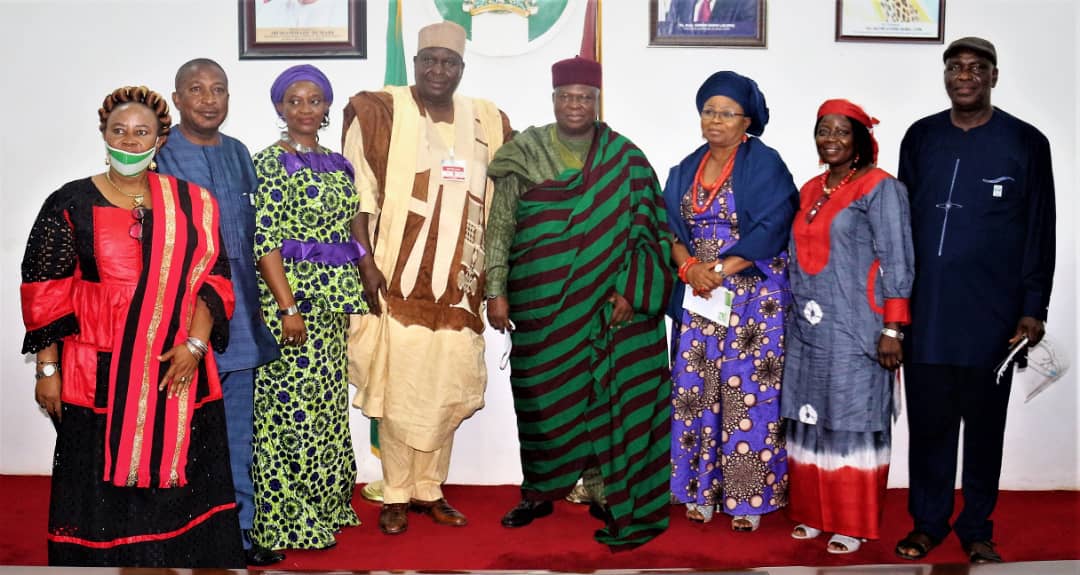 DG NCAC Otunba Runsewe on the left with the Gbong Gwon Jos, Da Jacob Gyang on the right in a group photograph during a courtesy visit to the palace of the Gbong Gwom Jos

The governor and the Gwong Gwon Jos who spoke at different occasions during the courtesy visits of the NAFEST technical team led by Otunba Segun Runsewe, Director General National Council for Arts and Culture (NCAC), reiterated that the government and people of Plateau State are more than ready to host the 33rd edition of the iconic National festival despite the challenges of the new normal, noting that the Plateau nation is ready to prove beyond all reasonable doubts that it’s truly the destination and home of Cultural tourism in Nigeria.

“We are more than prepared. The best hotels, recreation centers are here, the best and oldest golf course, the temperate climate unequalled, the culinary offerings, hospitality and the rich Culture of our people will be generously offered to all delegates and visitors during the event” the governor stated

Amidst effusive candour and testimony of the transformational attributes of Culture as tool to national integration and development, Governor Simon Lalong further assured of adequate security and welfare to all Nigerians including foreigners through out the one week festival, adding that the Covid19 protocols and health regulations will be implemented and observed to the letter.

“We are the first state in Nigeria to ensure Covid19 testing is taken to the grassroots, starting with all Ministries and Agencies, the Local Governments and also ensured the total fumigation of all public places. It’s not a fluke that we responded and took responsibility to check Covid19 in the state not only because of our people, but because we know we are the home of hospitality and tourism in Nigeria.”.

Lalong urged the technical Committee members to inform all delegates and visitors that Plateau State is ready to accommodate those who wish to stay behind and take up residence in the state after the event.

” We know that we shall spoil you people beyond measure, only try and leave something behind, sow a seed in appreciation and for those who do not wish to leave after the event, we are more than willing to give accelerated approval to request for landed property.” Lalong further assured.

Speaking earlier, the Director General National Council for Arts and Culture (NCAC), Otunba Segun Runsewe told the Governor and his cabinet members that the technical Committee members were in the state to inspect and evaluate the preparedness of the state towards hosting the festival and to thank the Governor for the singular commitment to the overall success of the festival.

” It was very scary for me and all the stakeholders not knowing what will befall the hosting of this national festival, because of the new normal, but when you assured me that you will do the needful, , I was more than relieved, because we know the (visitor) Covid19 pandemic will not be too long in leaving our shores.” Runsewe explained

Presenting branded NAFEST, Jos 2020 souvenirs made from local fabrics to the Governor and all his cabinet members, the NCAC boss informed that the Jos national festival is the first in Africa post Covid19 and will be showcased with the new normal digital marketing opportunities ever, adding that if the Jos technical meeting could witness the presence of 27 states, the prospects of the entire 36 states attending the Jos event will be more than a reality.

” Our culture is the solution driver to the many challenges we face as a nation and we at NCAC are more than determined to prove to the world and to all Nigerians that our indigenous diversity and way of life can help us reshape our future and keep us united and together.”

At the palace of the Gwong Gwon Jos, Runsewe harped on the importance and roles of Nigerian traditional rulers in the preservation of our culture, calling for concerted efforts to bring back the traditional institutions across the country into protecting the indigenous Culture of the country.

” We are here to share and felicitate with His majesty on his birthday and seek his royal blessings for the upcoming national festival in November” Runsewe explained.

His majesty, Da Jacob Buba Gyang in full session with his traditional Council, expressed joy that the festival is taking place in the Plateau and admonished the delegates and visitors to disregard the tales of fear mongers about insecurities in the Plateau, praising the efforts of Governor Simon Lalong to put Jos Plateau on the global Cultural tourism map.

“We shall support this event and mobilize our resources and people to showcase our very unique best in all areas. We only want you to tell Nigerians and foreigners coming that they should leave something behind as we shall be willing to offer lands for many of you who may wish to stay behind after the event. we know that will happen because we are very peaceful here and accommodating with rich biosphere and template environment.” His majesty explained.

NAFEST, Jos 2020, the 33rd edition comes up from November 21 to 28. Three states, Kwara, Taraba and Kogi states have indicated interest to host the festival in 2022, while Ekiti State won the bid to host next year 2021.