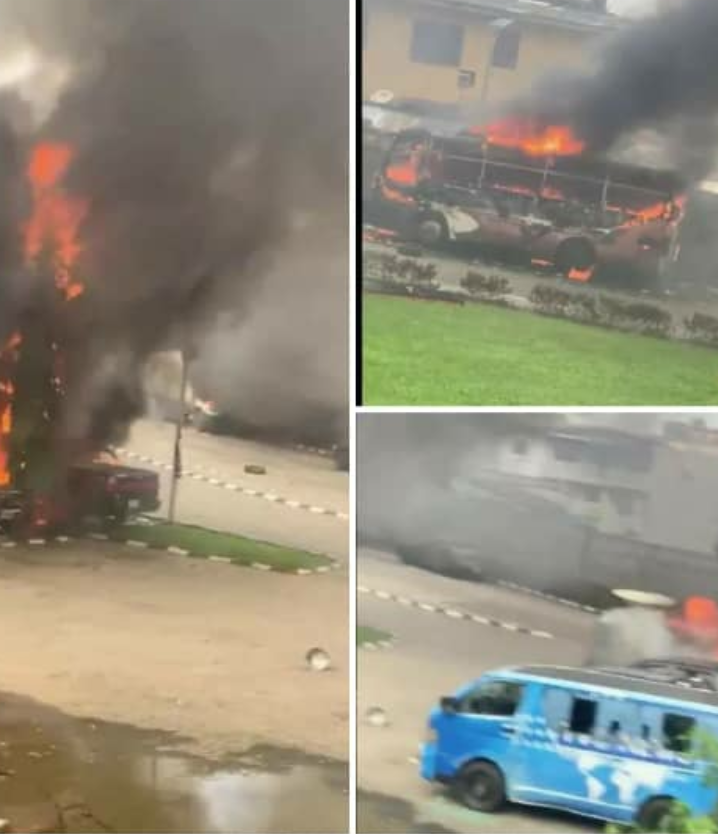 There have been general public condemnation on the attack and destruction of property at the Nation Newspapers , as well as other public and private facilities in Lagos State by hoodlums.

Armed men on motorcycles invaded the headquarters of The Nation on Fatai Atere Way, Matori, Lagos on Wednesday afternoon, burning vehicles and carted away computers and other working tools of the newspaper house.

According to a statement from the organisation, the hoodlums came “in a commando-like manner, they kicked their way into the premises after scaring away security men on duty, brandishing their sophisticated guns. They poured petrol on the frontage of the building and set fire to it.

“Some of the vehicles parked within the premises were set ablaze, others vandalised Many boys came thereafter and swooped on the office, looting everything they could lay their hands on.
These include desktop computers, laptops, air conditioners and other office equipment.

“At the time of the attack, Managing Director and Editor-in-Chief Mr. Victor Ifijeh, was among those trapped within the office while the fire raged on.
They were evacuated when men of Operation Mesa security outfit arrived.
Their arrival ended the free rein of the invaders. It was obviously a targeted attack on the free press”, the statement said .

The Nation had been listed on Twitter and other social media platforms by sympathisers of the ongoing destructive activities, as a target of attack.
The Nation has robustly reported the protests fairly, giving voice to the agitation of youths for a better Nigeria.
The Management is at a loss as to why the company should be a target of such unwarranted attack.

Meanwhile, hoodlums have continued to rake havoc on properties in Lagos state, these includes, Banks, Police Stations, shops, shopping malls, media houses and public buildings. Dozens of persons have been reported dead, including policemen, while most of the wounded ones are receiving treatment at various hospitals in the state.