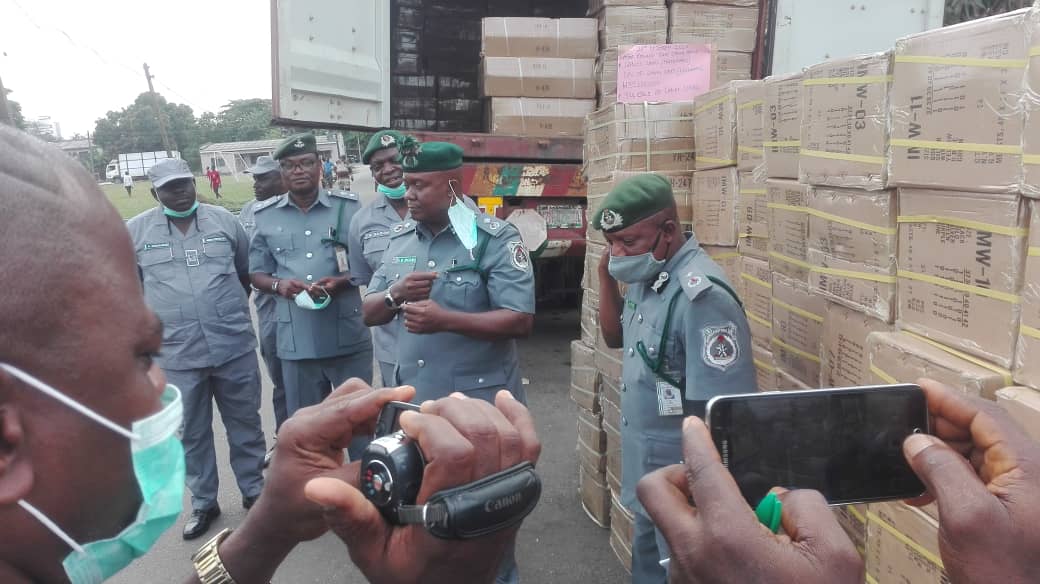 The Nigeria Customs Strike Force team, Zone ‘A’ in Lagos has in the last five weeks recorded massive seizures of contra ban goods worth N417,228,247 as total Duty Paid Value (DPV) and arrested three suspects in connection with the illegal activities.

Briefing Journalists in Lagos on Wednesday, the CG Strike Force Coordinator, Zone ‘A’ , Deputy Comptroller Ahmadu Bello Shuaibu said the renewed vigour to curtail the activities of smugglers by his team have been carefully checked and physical examinations conducted during various interceptions to nabbed those involve in nefarious activities in the zone. 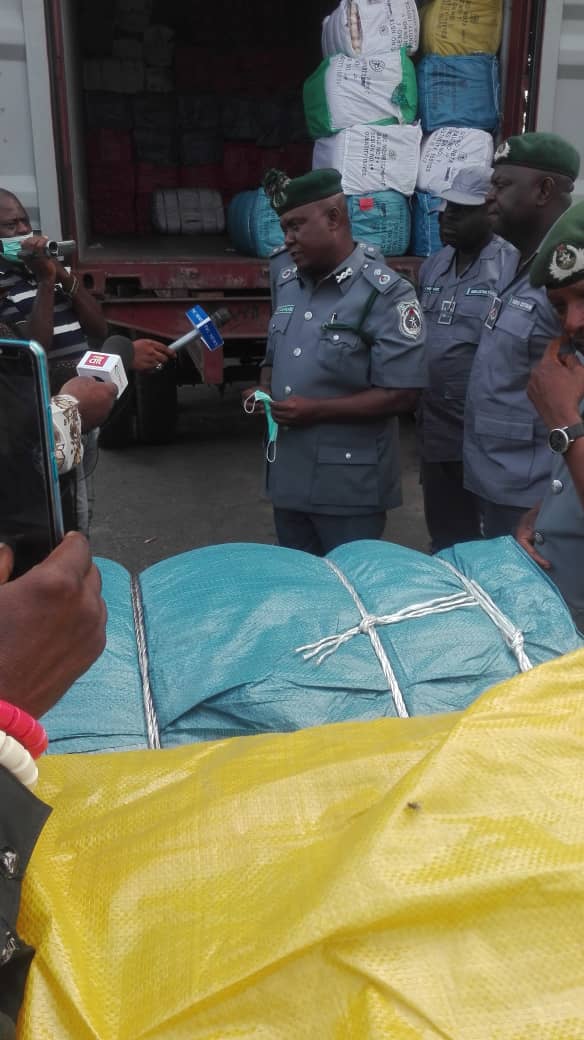 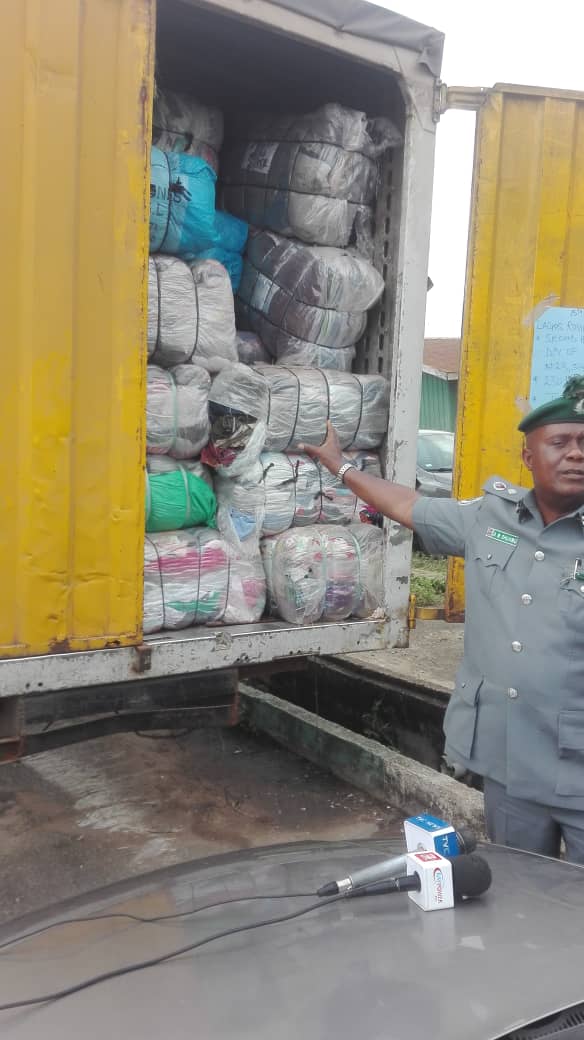 DC Shuaibu, however appealed to the media to support the Customs in sensitizing the public on the importance and benefits of compliance in doing legitimate trade and also the disadvantages of engaging in illegal trade and smuggling. Adding that, if snuggling is left unchecked it would cripple our local economy, while increasing health and security challenges.