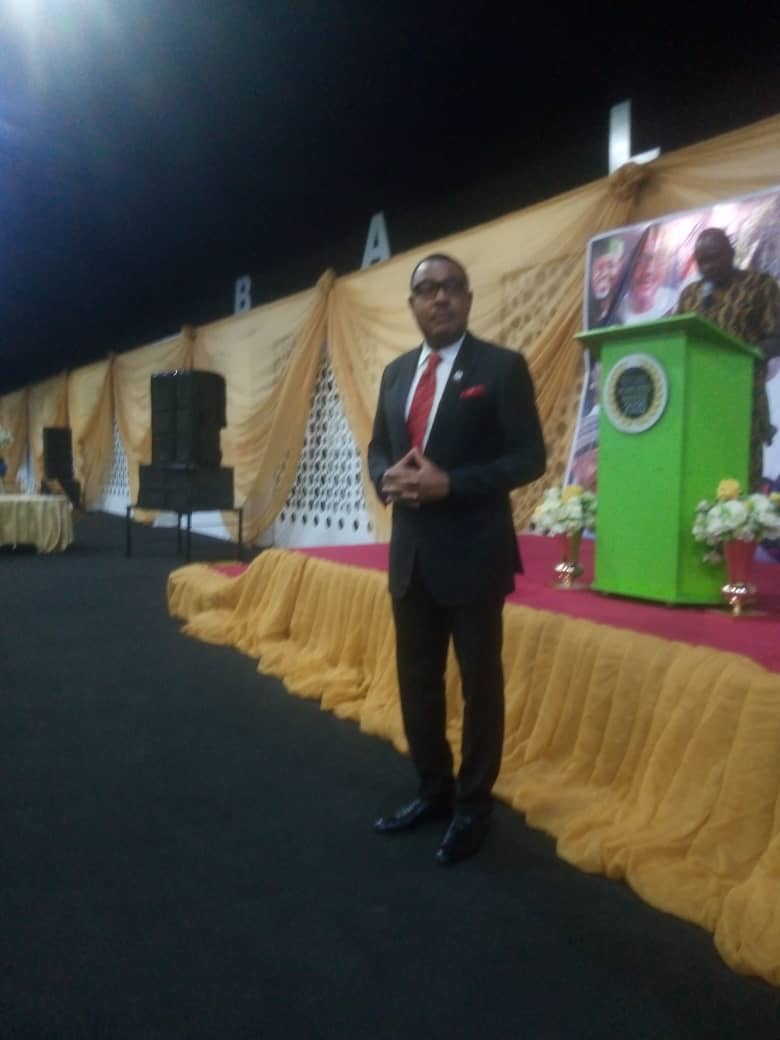 On the 1st of December 2020 at the Federal Palace Hotel, Victoria Island in Lagos State, the National President, Association of Nigeria Licensed Customs Agents (ANLCA) Hon. Iju Tony Nwabunike was among eminent Nigerians honoured by the Shipping World Achievers Awards 2020. Nwabunike bagged the Shipping World Achievers Awards 2020 as the ” Most Outstanding Freight Forwarder of the Decade”. 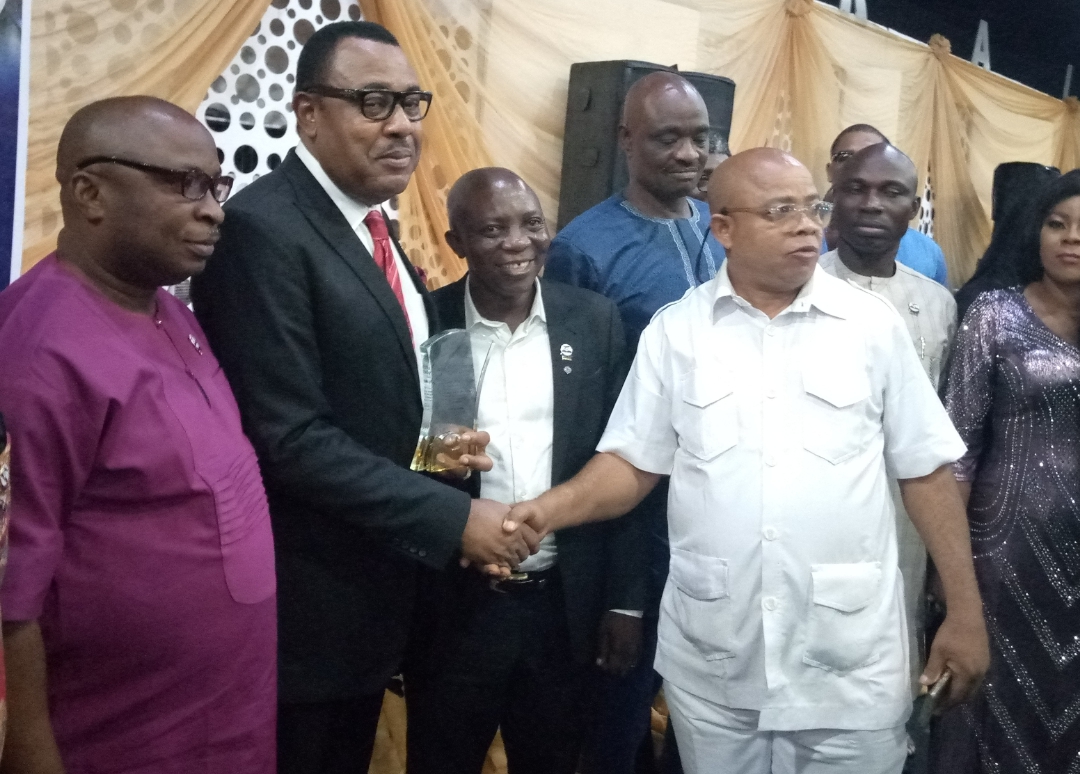 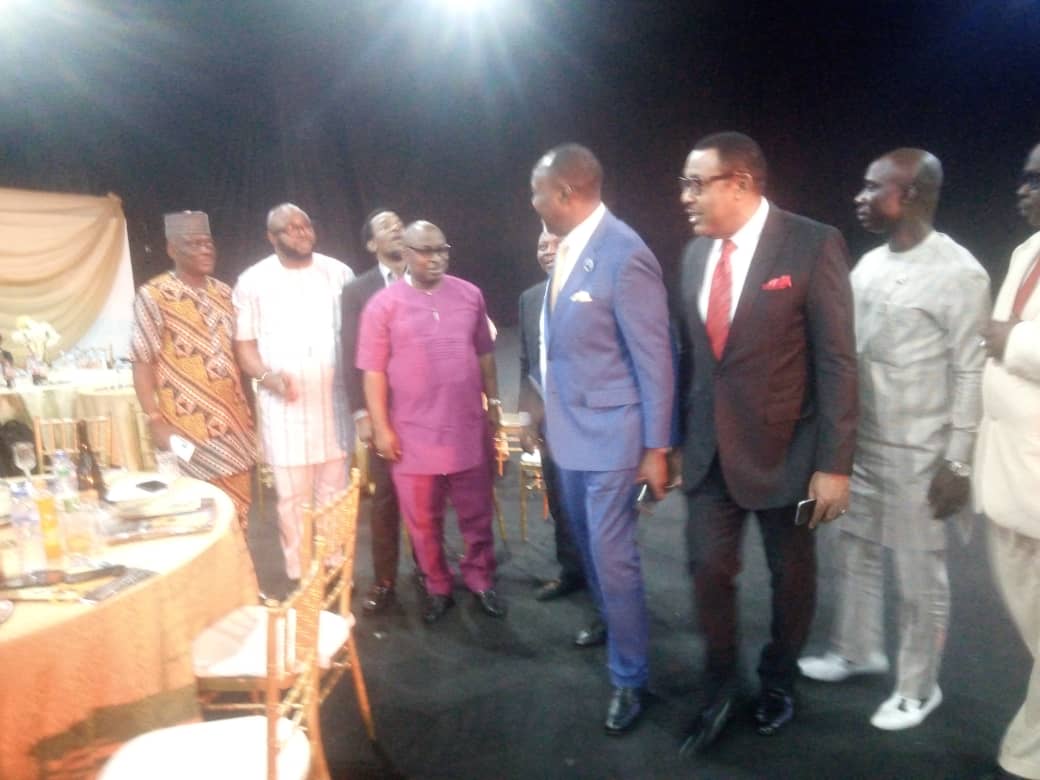 At the sideline of the awards, the ANLCA, National President had this chat with journalists on sundry issues affecting the freight forwarding profession and the maritime industry as a whole. Hear him: 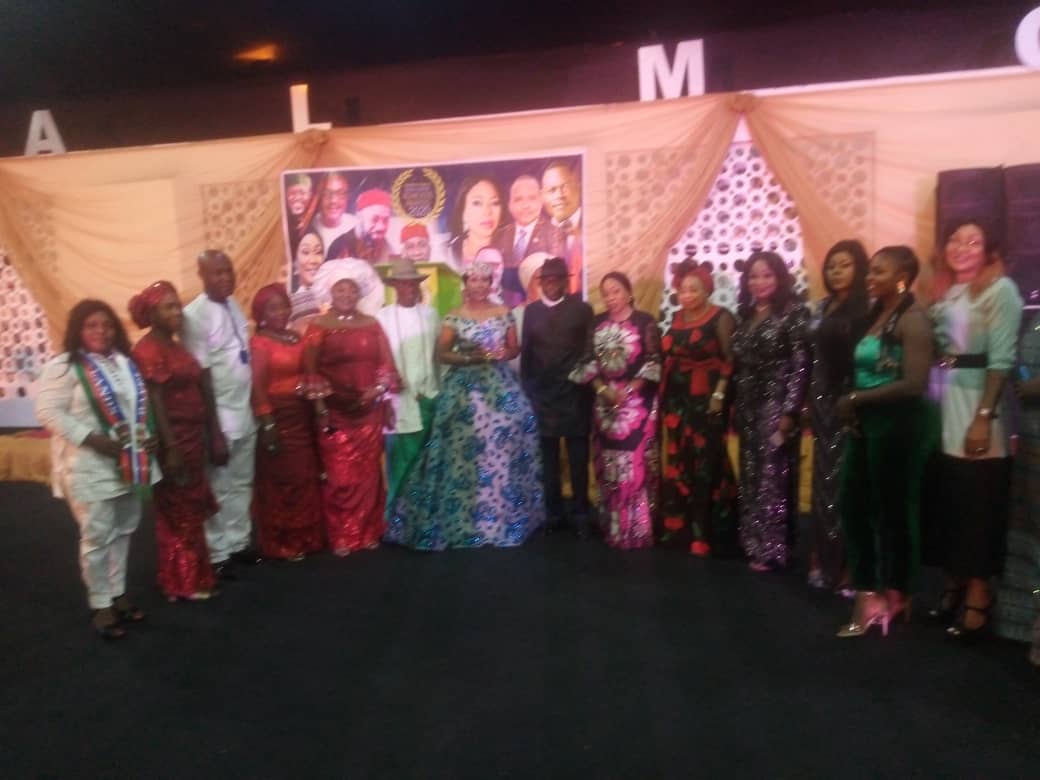 On his award as the “Most Outstanding Freight Forwarder of the Decade”- I must first of all have to appreciate you for coming around to witness this award ceremony despite the busy road. Secondly I must confess to you of all the awards I have gotten, this seems to be the best ever because if you look at the award itself “Freight Forwarder of the Decade”, its means that for the past ten good years I am the outstanding freight forwarder. It gives me joy because I know that the Shipping World and Maritime journalists must have looked into the system and look into all the other freight forwarders and came up with this decision. Its an exciting decision and am proud of it. Its an honour to have, a wonderful honour indeed. 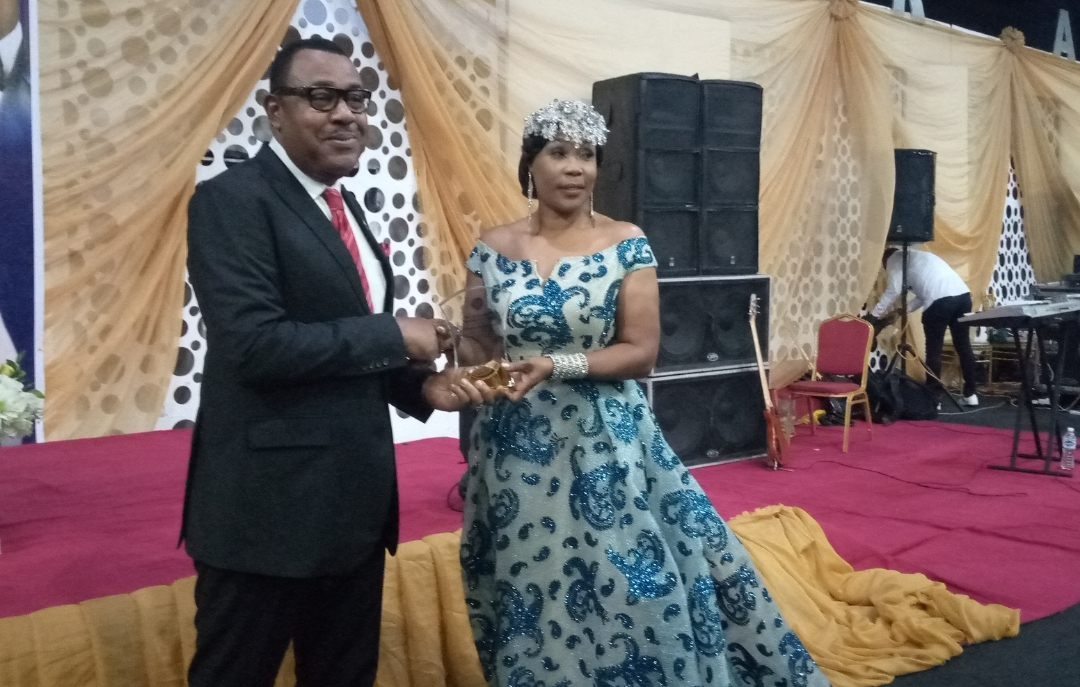 Tony Nwabunike being presented with the Award of ” Most Outstanding Freight Forwarder of the Decade” by the immediate past Director General of NAPTIP, Julie Okah-Donli who was also an awardee at the event.

On the Challenges face by Freight Forwarding practitioners in Nigeria, the ANLCA, National President have this to say – The challenges are very very serious, if you look at it from the critical angel of every sector of the maritime industry, you will know that we are facing lots of challenges. Challenges in the areas of infrastructure, challenges of those that ought to be doing oversight functions that are not doing what needs to be done, challenges of multiplicities of Government agencies in the ports, challenges of the concessionaires, Terminal operators and Shipping companies not taking directives from the government and the challenges of the government too, not forth coming with proper disciplinary actions against them. So we have all this challenges confronting us. This my award is going to give me the impetuous and strength again to fight against those challenges.

Talking about the recent rise in exchange rate of Dollar against the Naira, he has this to say -Seriously it is so disheartening to see our Naira so devalued to nearly N500 to one US Dollar. What this means is that next year is going to be very difficult for us too. When I say for us, it means those of us that are importing because Forex is going to be very difficult. Those who are actually importing will think twice. The only way out of this problem is encouraging the local manufacturers and increasing infrastructural amenities so that people will go into farming, mechanized farming and some menial industrialization. That in effect will cushion the high level of exchange rate.

Nwabunike in this interaction also speaks about the Africa Continental Free Trade Area ( AfCFTA), which is scheduled to kick- off on January 1, 2021, this is his views : We had a zoom meeting which I was given the assignment to talk about AfCFTA, you know that today Nigeria is one of the African countries that have sign the agreement and I will tell you the sincere truth, if Nigeria is sure ready, first of all they have to open their borders. Secondly, we need to liberalized our trade. Most importantly we know its going to be a borderless trade and what do we have to offer, do we have the products, is Nigeria ready ? This are questions we need to ask ourselves. For me, I think we have a whole lots of things to do because its going to be a very competitive market and if you don’t have anything to bring to the table, I think we are going to suffer it. As a giant of Africa, does not means anything, if you don’t have anything to give on the table you are going to have a deficit of supply and demand.

On his assurances of Government reopening the land borders and benefits to the Freight Forwarders: “What it will mean to the freight forwarding industry is that in all honesty, over 600 to 700 trucks have been trapped at the border with goods that majority have actually gotten spoilt as perishable goods and those exposed to unfavorable climate conditions.

“What am saying in effect is that the most important thing is to open the border, once this is done the freight forwarders working there have some levels of employment, they have workers working for them that they pay their salaries and they will be able to go back to their work. Even the trade liberalization we are talking in ECOWAS trade is going to work up again as they are open up all the areas. We are not saying we should live our borders post porous but we need to work in lines and principles of AfCFTA and ECOWAS trade liberalization.

And if government refuse to open the borders? “I don’t think they should refuse opening it because I could remember few days ago the Minister of Finance said they are going to open it and I have gotten my assurance from the highest authority that the land borders will be reopen soon. I think its more of what they are going to do about the system and the way forward.”

His take on Council for the Regulation Of Freight Forwarding in Nigeria ( CRFFN) being the pioneer chairman: First of all CRFFN was established 2007, April 16th by act 16 of the national parliament, section 5 of that Act said the Minister of Transportation will be sort for advice and information and procedures.

That does not mean that the Minister of Transportation should be all and all of CRFFN. Don’t forget its the Council that regulates freight forwarders in Nigeria. So what we are to be talking about is who are the ministry that supposed to be regulating and controlling it.

If we go to Section 19 of the same Act is simple, it states that those who are supposed to be playing games on that place are the people who are licensed, if you don’t have the license or if you are not licensed with the authority you are not supposed to be there. But unfortunately they have not given CRFFN a good seat. We started well with CRFFN, during my two year tenure, I opened all the branches that are existing till date, all the chapters from Port Harcourt, Lagos, Kano and Abuja.

So what am trying to say is that its supposed to be a body of all freight forwarders that regulates us. What the government is trying to do is a game I don’t want to look into, in as much as it look as if its a parastatal, when you look at it critically, it look like an Association or as a Council. I think it should have a good footing standing on its legs otherwise it will not work.

Is government playing games in the running of CRFFN? : I am not saying it that way, what am trying to say is that government should leave CRFFN and allow it to stand on its feet so it can walk on its own.