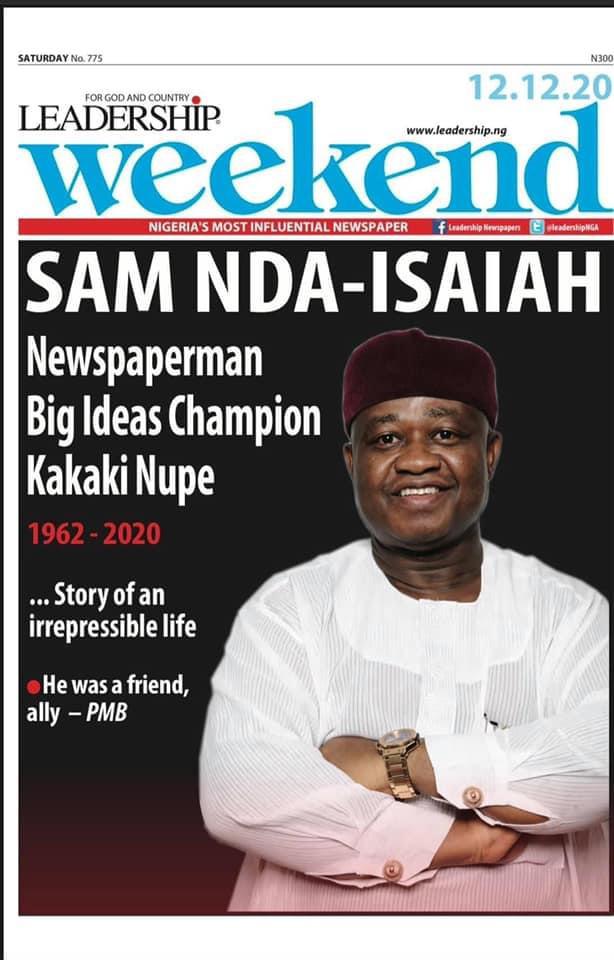 The publisher of Leadership newspaper, Sam Nda-Isaiah, is dead. He was aged 58

He passed on at about 10.00pm yesterday, after complaining of feeling unwell earlier in the day.

Nda-Isaiah had attended the meeting of the Newspapers Proprietors Association of Nigeria (NPAN) last week in Lagos.

The Niger State-born pharmacist attended the University of Ife and once aspired to be president on the platform of the All Progressives Congress (APC).

Meanwhile, President Muhammadu Buhari has expressed shock and sadness at the death of the Publisher of Leadership Newspapers, Sam Nda-Isaiah, a man he had describes as “a friend and ally.”
The President’s message was contained in a press release signed by Femi Adesina, his Special Adviser on Media and Publicity.

Buhari in the message, said “the country has lost a man of conviction, a resolute and dogged believer in a better Nigeria.”

“He will be sorely missed. This is a massive fish gone out of the media ocean,” President Buhari further says of the pharmacist, renowned columnist, and one time presidential aspirant on the platform of the All Progressives Congress (APC).