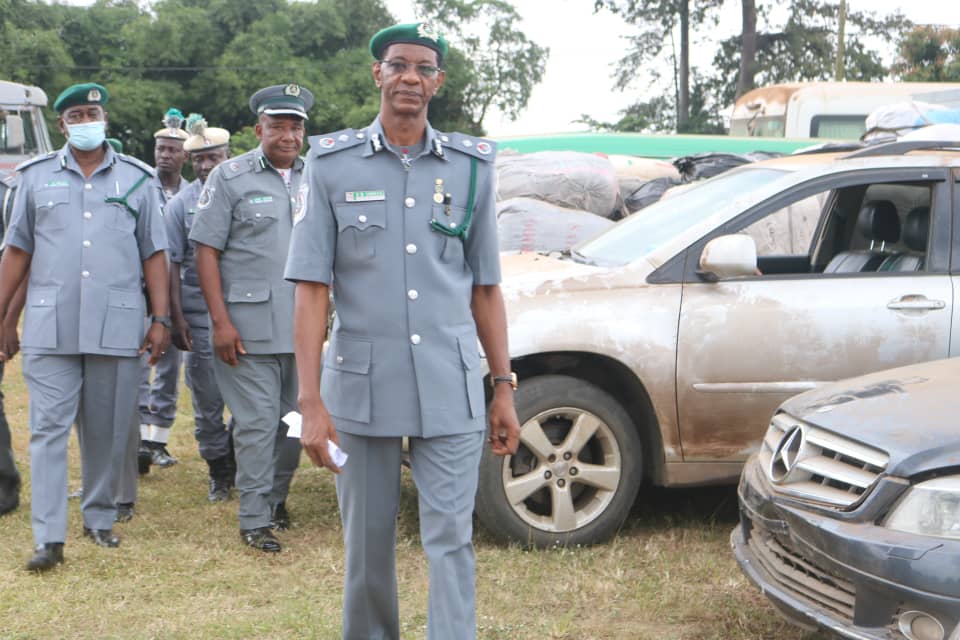 The Federal Operations Unit, Zone ‘A’, Lagos of the Nigeria Customs Service, said its recovers a total of N1.8billion into the Federation account from January to December 2020. The feat was achieved through the issuing of Demand Notices (DN) to defaulting importers .

The FOU compliments the Area Commands , especially the seaports, airports and border posts through interventions as part of its mandate; to patrol, intercept suspected smuggled items and access warehouses suspected to be used by smugglers and duty evaders.

Acting Controller in charge of the Unit, Deputy Comptroller Usman Yahaya, in a statement also disclosed that the Unit seized contraband goods with a total Duty Paid Value (DPV) of N20.89billion. Some of the seized items include 31,129 (50kg) bags of imported rice, 11,290 cartons of foreign poultry products, 3,562kg of Indian Hemp, 9,801 kegs ( 25 litres ) of vegetable oil, 560 units of used vehicles and 24,612 pieces of used tyres.

The statement reads “As an anti-smuggling unit, we remain resolute to the course of protecting our national security and economy. In remaining uncompromising in the fight against smuggling, duty evasion and other offences that contravene different sections of the extant laws that we have seized these goods within the period under review.”

According to him, no consignment or goods on transit would be unjustifiably delayed for as long as there is compliance with the extant guidelines on the procedure for import and export clearance. “We are totally committed to the course of facilitating legitimate trade”.

“While we remain grateful to our esteemed critical stakeholders and patriotic citizens for their unflinching support, we also appeal to traditional rulers, teachers, religious leaders and parents to urge the youths not to allow themselves to be used by economic saboteurs.

“We shall remain determined in enforcing the Federal Government’s fiscal policies, extant regulations and guidelines on import/export; without fear or favour”, he said.