EXCLUSIVE: PIRACY IN GULF OF GUINEA: EU RESOLVES TO TAKE -OVER NIGERIAN WATERS 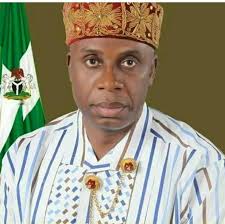 While the Nigerian Government is parading the Deep Blue Project equipment contracted to Israeli Contractors for $195 Million. The Council of European Union (EU) due to the unchallenged activities of piracy in the Gulf of Guinea has resolved to take over the security of the region . The International body among other resolutions said its action is to protect its members interests in tackling the menace in the region. This was the outcome of proceedings at its meeting held on 25th January 2021.

In its deliberations, the subject: Council conclusions on launching the pilot case of the coordinated maritime presences in the Gulf of Guinea as approved by the Council at its meeting held on 25th January, 2021. It reads:

1. The Council underlines the strategic importance of the Gulf of Guinea region and reaffirms its long-standing determination to support West and Central African States in their efforts to address the many challenges to maritime security, including organised crime.

2. In particular, the West and Central African States, which bear the primary responsibility for combating maritime crime in the region, made political commitments already in June 2013 in the “Code of Conduct concerning the repression of piracy, armed robbery against ships, and illicit maritime activity in West and Central Africa”. These commitments have been pivotal in the progressive establishment of the Yaoundé Architecture to improve coordination and cooperation on maritime security.

3. Nevertheless, the Gulf of Guinea continues to face a challenging environment in which piracy, armed robbery at sea, kidnapping of seafarers, illegal, unreported, and unregulated (IUU) fishing, smuggling and trafficking of drugs and arms, as well as transnational organised crime pose a major and increasing threat to maritime security, affecting freedom of navigation, thus endangering major trade routes, jeopardising the sustainable development of the entire region and the economic livelihood of the population, and leading to the deterioration of the environment and biodiversity.

4. In this context, the EU is committed to increasing work with the coastal States of the Gulf of Guinea and the organisations of the Yaoundé Architecture, through greater European operational engagement, including by ensuring continuity, reactiveness, complementarity and synergy between Members States’ actions in this strategic area, also having in mind cooperation with the maritime industry.

5. Recalling both the EU’s Maritime Security Strategy and the related Action Plan, as well as the EU’s Strategy on the Gulf of Guinea and its related Action Plan, following the Council Conclusions of 17 June 2020, the Council hereby launches the pilot case of the Coordinated Maritime Presences (CMP) concept in the Gulf of Guinea. While being distinct from the CSDP missions and operations, the pilot case of this new EU initiative, reflecting the Union’s growing role as a maritime security provider, can provide a substantial contribution to addressing the security challenges in the Gulf of Guinea.

In this regard, the pilot case of the CMP should allow the EU to:- enhance the visibility of EU maritime presence and support the Union’s strategic and political objectives, including conflict prevention, in close cooperation with international and regional partners;- promote international cooperation at sea, in line with international law and UNCLOS in particular, and the exchange of information in the maritime security domain in specific areas;- use the CMP as a pragmatic maritime tool as part of the EU’s Integrated Approach.

6. In this framework, the Council:
– establishes the Gulf of Guinea as a Maritime Area of Interest (MAI) and welcomes the establishment of the Maritime Area of Interest Coordination Cell (MAICC);- recognises the importance for the Member States to further improve the coordination of actions carried out by their assets deployed in the MAI under national command, on a voluntary basis.

7 The Council looks forward to continued close cooperation with the West and Central African States, and the organisations of the Yaoundé Architecture in taking forward this work.