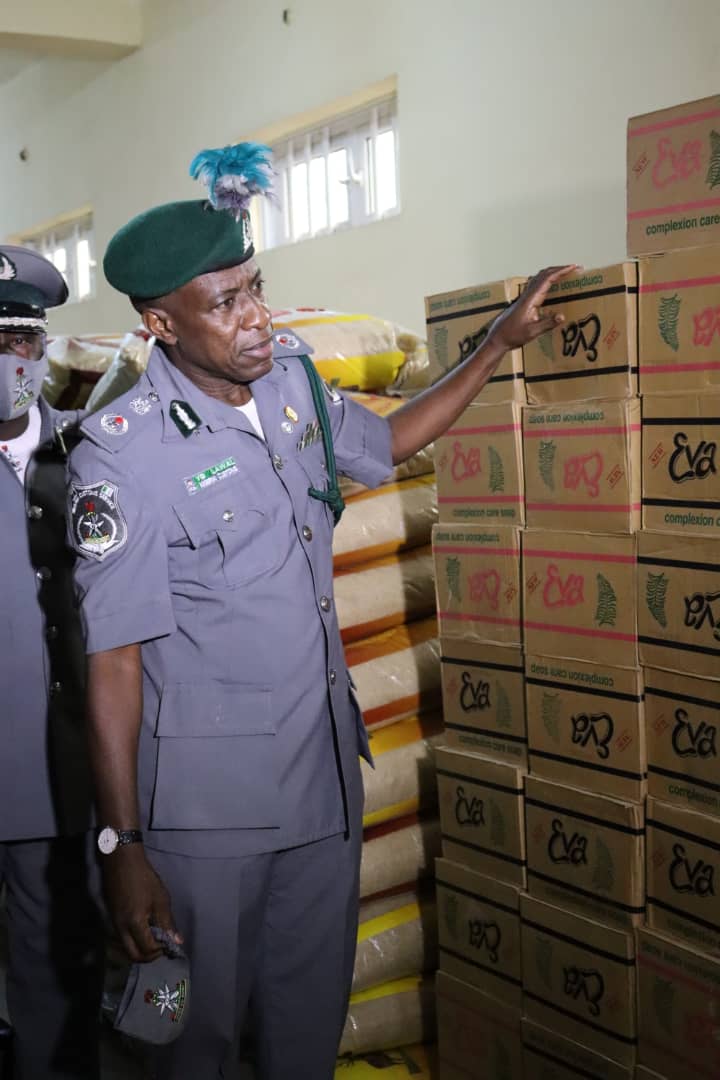 Federal Operations Unit, Zone C of the Nigeria Customs Service in its renewed vigor and determination to combat smuggling within its areas of jurisdiction, has intercepted various contrabands with a Duty Paid Value (DPV) of N869,550,345.00 between 1st- 31st January 2021. 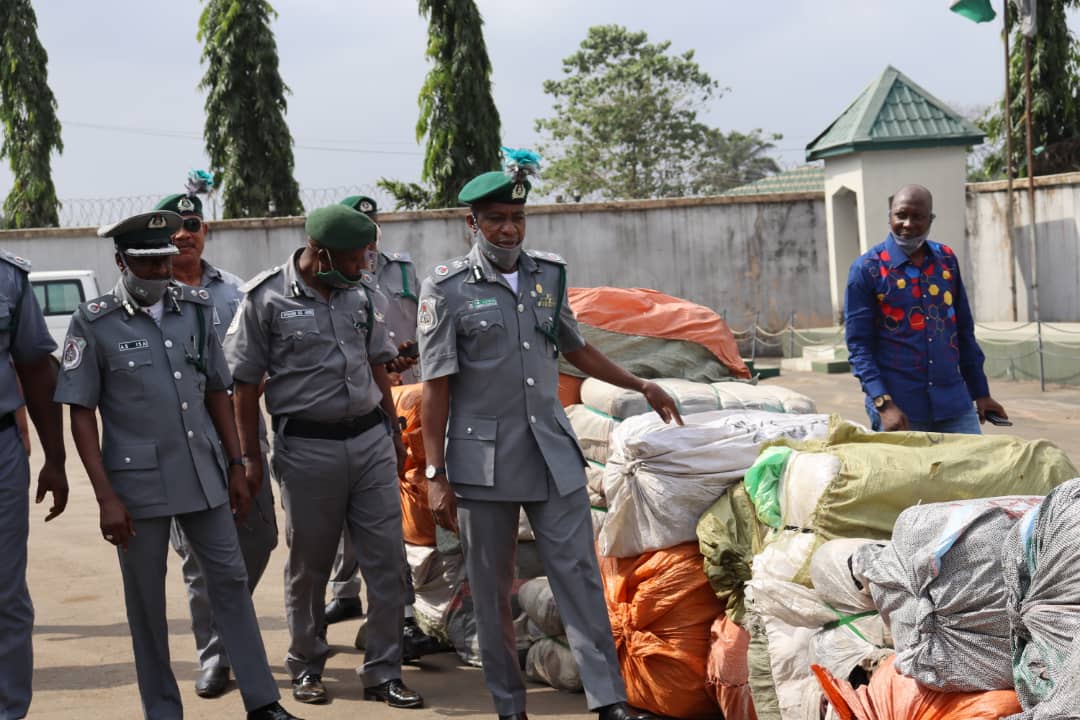 The seized items includes 1,024 cartons of unregistered pharmaceutical products, 1,046 bags of foreign parboiled rice of 50kg each, 290 cartons of imported Eva Soap, 62 jumbo bales of second hand clothing, and one Toyota Corolla 2018 model among other items.

According to a press statement by Jerry Attah, Public Relations Officer of the Unit the 1,046 bags of foreign parboiled rice were trailed and evacuated from an unnamed warehouse along Elelenwo Road Port Harcourt based on credible and timely intelligence, following lay down operational procedures, rules of engagement and ensued professionalism backed by section 147 and 151 of Customs and Excise Management Act Cap C45 LFN 2004.

“As you all know, its our responsibility to ensure full implementation of the government policy banning the importation of rice through land borders and following headquarters directive on same, we re-strategized our operational modalities and beam our searchlight at the Creek, Waterside, and at various locations in the South South, South East zones and hence the reason for the massive rice seizure within the month under review” Comptroller Yusus Lawal Psc(+) stated, while briefing newsmen in Owerri, Imo state capital.

He further said “more worrisome and of concern to us as an enforcement arm of the Service was the interception of the 1,024 cartons of unregistered Colcaps medicament imported from India without NAFDAC certification. Our concern now is to unravel those behind the importation, their accomplices and their antics of scaling through unapproved routes. The negative effects of unlicensed drugs if gotten to the wrong hands cannot be over emphasized. The drugs were intercepted along Ofosu-Benin Expressway based on shared intelligence.

“Equally, the 290 cartons of soap were intercepted along Aba-Owerri road based on intelligence. You may recall that Soaps and detergents are still on the Import Prohibition list, which falls under schedule 3 of Common External Tariff (CET)”

Comptroller Yusuf assured that the Unit will continue to make sure smugglers within their areas of jurisdiction count their losses until they repent from sabotaging our economy.

“Our resolute remains to degrade the activities of smugglers through aggressive patrol of all flanks and flashpoints. We will be very ruthless with these economic saboteurs because we have a responsibility to protect the nation’s economy in line with the expectations of the Federal Government of Nigeria. In view of this, I wish to advise and warn smugglers and would be smugglers to be prepared for the battle ahead because we will leave no stone unturned in our effort to up the ante of our anti-smuggling mandate.

There is no amount of resistance from the smugglers and their mob accomplices that will deter us from performing our statutory responsibilities by suppressing smuggling within our zones”, he warned.

Comptroller Yusuf however appreciated the robust synergy that exists among the Military, Police, other security agencies and their operatives and equally thanked members of the media for their continued support to inform, sensitize and educate the general public on the effects of smuggling to the nation’s economy.