Recently a key stakeholder and investor in the water transportation business in Lagos State, Tope Fajemirokun, who also doubles as Chairman, Badagry Chapter of Association of Tourist Boat Operators and Water Transporters (ATBOWATON), and Managing Director of Sim Top Ventures took some Media practitioners on a two- day trip to explore the waterways from the Marina waterfront through Badagry to Porto Novo, in Benin Republic.

In his patriotic efforts to open up Badagry and attract investors, he urged the media to expose the potentials of the ancient town of Badagry and its rich tourism endowments to the world. While calling on the State and Federal Government of Nigeria to support the efforts of the indigenes to develop Badagry. Our Editor, Innocent Orok was in that trip and brought you, the seatime and the hospitality experience of the Badagry kingdom.

Participants with Akran of Badagry at his Palace

As plan, our speed boat left the Marina jetty heading to Badagry, the water was calm, except for few high tide that got our buttocks hitting the plank seats of the speed boat severally. From Marina to the Badagry jetty is nearly an hour 30 minutes. Along the route we came across two Naval and Customs Security check points which every boat anchored briefly for checks. 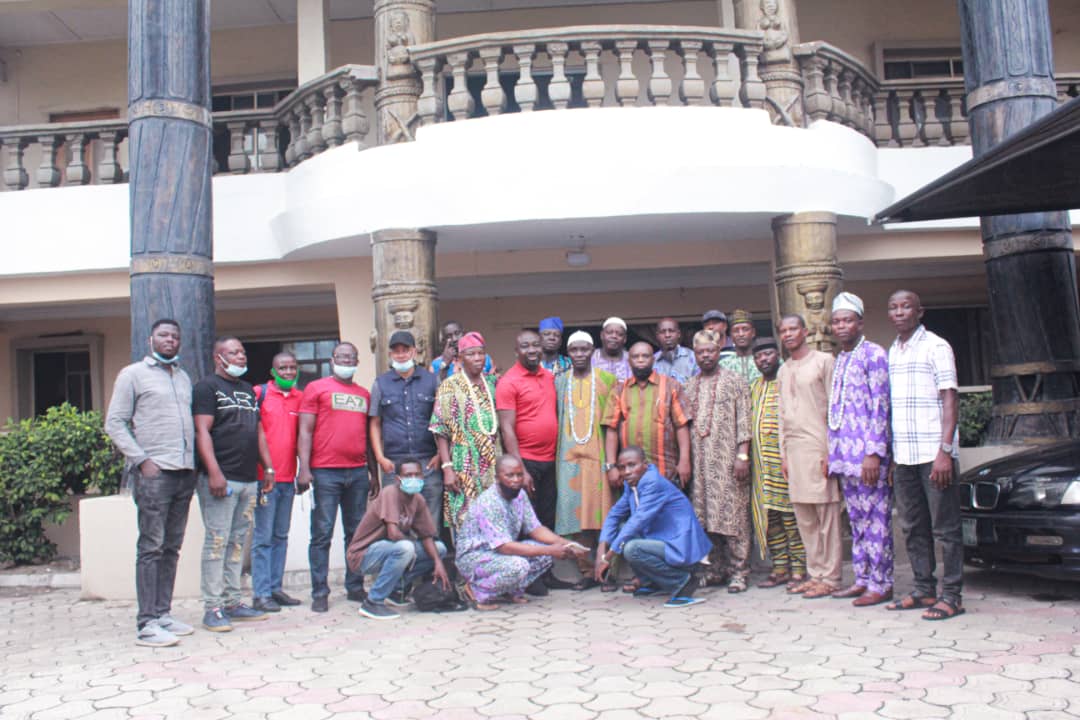 Participants with some Badagry Chiefs at the Akran Palace

A few local constructed jetties where sited by our team, some built with concrete and some of wooden planks. Sadly, our final destination at Badagry , which our host and tour guide said a minimum of 45 boats moves to Marina, Ebute ero, Porto Novo and other places has no functional jetty, aside a wooden plank type which has been there for years. Though, our host has shown us a vast land space been penciled down for the Badagry Marina jetty and resort. He said it will cost over a billion Naira and that his association is partnering with National Inland Waterways Authority (NIWA) and some banks to actualize the project.

EXPLORING BADAGRY TOWN:
Our visit took us to the famous Badagry Heritage Museum owned by the Lagos State government. The museum has nine sections all fully documenting the years personalities and commodities used in the slave trade days. We were told that Nigeria and Benin Republic were the biggest slaves market in the world and it lasted for over 400 years.
Badagry was then known as the baggiest salt industry in Nigeria. The museum have varieties of artifacts and pictures of the personalities and products of slave trade in its custody. The two striking object in the museum in the present day Badagry tradition is the Zangbeto Masquerade and the Sato drum which is usually beaten by orphans. Despite the reach historical sites and sound of the ancient town of Badagry, the city remains under developed and needs government presence in terms of infrastructure and industrial revolution. We also pay a royal visit to the Akran of Badagry and his Chiefs who gave us his royal blessings.

A TRIP ROM BADAGRY TO PORTO NOVO BY WATER
Our journey from the Badagry jetty to Porto Novo by boat gave us a first time experience of travelling from Nigeria to Porto Novo by water. It was surprising to hear that on daily basis about five beats leaves Badagry with passengers and goods to Porto Novo. From the Badagry jetty you can also board a boat to Ogun state and Marina in Lagos State.
From Badagry the first jetty we came across was at Gbaji loading point also going to Marina, Ogun state and Porto Novo. Then we stopped at Agba jetty. Agba jetty is the only well constructed jetty along the Badagry -Porto Novo route and is owned by the Lagos State Ministry of Waterfront. The next point was Akere in Ogun State were Marine Police are stationed. We also met check points along the waterways mounted by the Marine Customs who scrutinized every boat that passes by. Finally we landed at the Porto Novo Jetty in Benin Republic. We took a short trip to the Porto Novo city, a clean and serene environment, very quite , but bubbling with activities. The cleanliness of the city attracted our attention, while we wish our Lagos can look same.

In this brief chat with our host, Tope Fajemirokun, Chairman, Badagry Chapter of Association of Tourist Boat Operators and Water Transporters (ATBOWATON), he called on the government at all levels to come to their support. 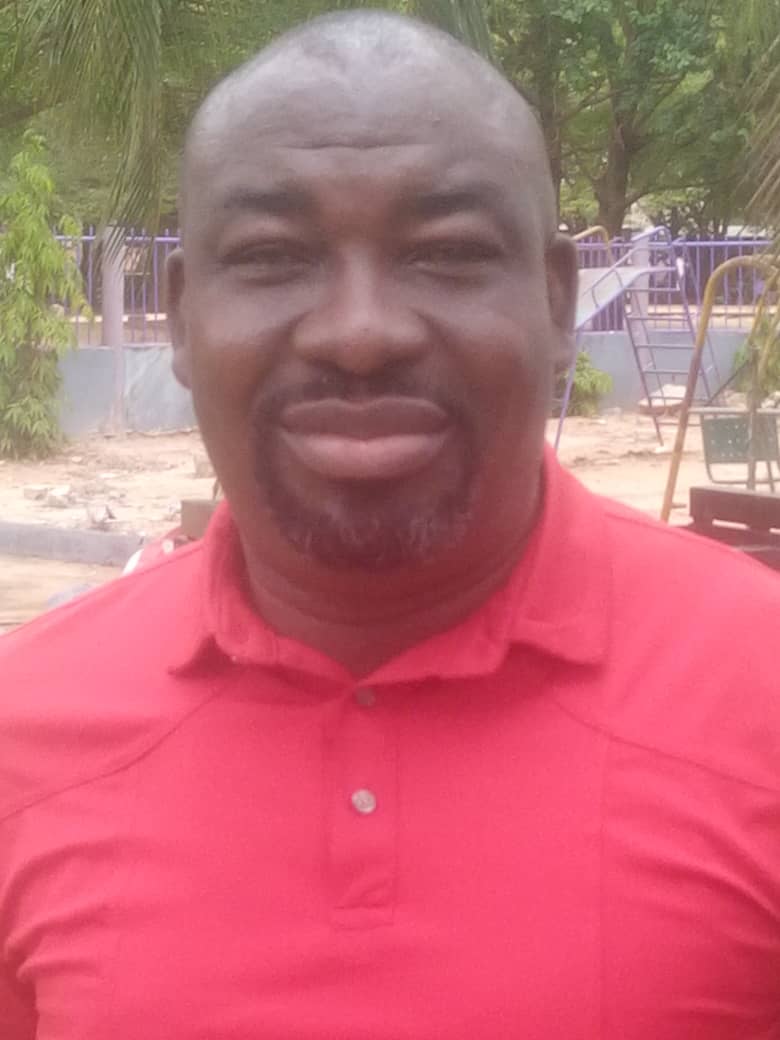 What do want from the government?

All we need from the government is just their support, as an investor, without government, you cannot do it alone. We need government presence in Badagry. We want government to come and assist us, if you look at the type of boats we are using now, it is not too safe, as an investor, we want the government to come and support us, so that we can be at the standard that every other part of the world would see what we are doing.
We need NIWA, LASWA, Marine Police, and Navy. We need their full presence on Badagry waterways. We need a world standard jetty in Badagry, we want them to dredge the waterways for us and collaborate with the investors in terms of safety, security and many others.

How has the boat transportation business been so far?

We started this operation about eight years ago with just one boat and five passengers for almost two months. After four years, it increased to 45 boats. But today we have over 100 boats shuttling Badagry waters everyday going and coming. We stop at Abule Oshun, Ijegun, Coconut, Kirikiri, Liverpool, Ebute Ero and even up to Makoko. Coming back, we have Epe, Whispering Palms, Ajido, Akrakumo, Tokpo, Marina, Granho, Akpa, Gbaji up to Port Novo. So, the traffic has increased tremendously.

Are you looking at any partnership arrangement with either the government or the private sector?

Presently, ATBOWATON and NIWA are in collaboration on constructing the Marina jetty, work has commenced. GTB Bank is interested in supporting us, Jaiz Bank, Bank of the North are all interested in the project. But on our own, we have done the soil test and every other thing, we are waiting for other investors to come around us and support us.

What are you doing to curtail boat mishaps?

Two years ago we had challenges of boat mishaps, then we the operators in Badagry formed a Task Force which comprised of all the jetty chairmen and Secretary, we ensured that there was no night sailing, and also address issues of overloading, if you are caught as a boat operator, you would pay some fine.
For the past two years, boat mishaps along Badagry waterways has gone down drastically.

When development is coming to a particular place, the fishermen own the water before us, but now we are trying to understand each other and making concessions. We are still calling on the government to give us navigating lights so that the fishermen can see and we would also see our routes, for now there is no conflict.

How soon do you train your members?

Last year, I took it upon myself to organise a training programme in Badagry for boat operators. We (Sim Top Ventures) trained about 400 boat operators in Badagry. After two weeks, the same set of people were trained by LASWA again. We are looking at it that, by middle of this year, we would take the training down to Ikorodu where we have our operators as well. We don’t want to stay in Badagry alone, by the end of the year, we are going to Epe too.

How many jetties are we expecting to be constructed in Badagry?

All the communities in Badagry deserves a jetty. NIWA has given us the approval to develop that jetty. This was why we wrote to the banks, and the NIWA is equally supporting us.
The activities of the boat operators have equally brought other ancillary services to Badagry, including buying and selling and other businesses which have improve the standard of living of the people.