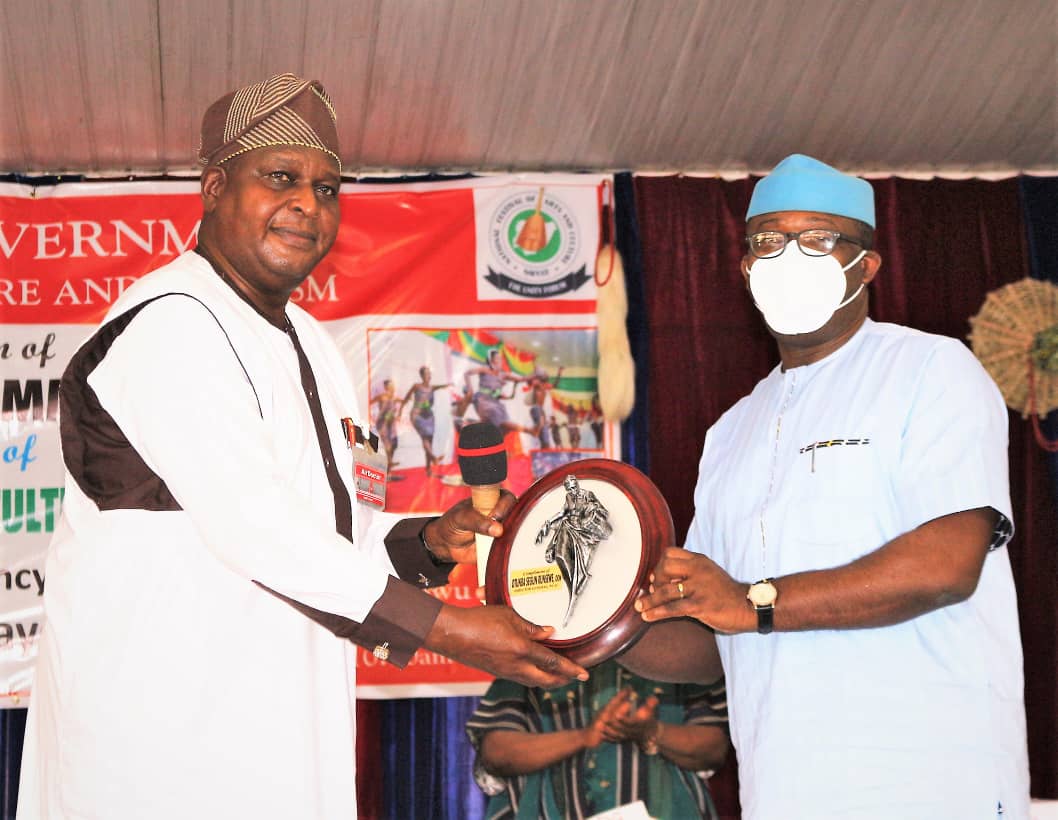 The Ekiti State Governor Dr. Kayode Fayemi has assured that the state is determined to make sure NAFEST is a memorable experience when hosted in the state. Fayemi stated that Ekiti is the most suitable state to host such a national programme of this magnitude, adding that the state is one of the most peaceful and hospitality places in the country.

He spoke at the inauguration of the Local Organising Committee for NAFEST 2021 at the Government House, Ado Ekiti on Tuesday. The state will host the festival between November 13 and 20. 2021.

Governor Fayemi urged members of the LOC to put in their best and write their names in gold. “Justify the confidence repose in you . There is a nexus between culture and development,” he added.
He promised members of the LOC his support and urged them to discharge their duty with dedication, so that they can give a NAFEST everybody will be proud of.

Director General, National Council for Arts and Culture, Otunba Segun Runsewe commended Governor Fayemi for the administrative structure being put in place , culminating in the constitution of the State LOC to be inaugurated.
He assured that the Council will work closely with the state to ensure that this year’s NAFEST will be a NAFEST with a difference.

“Looking at the theme of the festival
” Celebrating national unity in diversity”, there is no better state and time to celebrate this diversity and strength of the Nigerian nation and her people,” he said.

Ekiti State commissioner for Arts, Culture and Tourism, Prof. Rasaki Ojo Bakare described the inauguration as historic because it is the first time the LOC of a national event of this magnitude is being inaugurated in the state. He noted that in the last two years, culture and tourism sectors of the state have witnessed great and remarkable revolution.

According to him, “the right to host NAFEST this year is borne out of determination of the state to make Ekiti a beehive of social economic activities. This is with the consciousness to stimulate tourism activities and create prosperity for our local entrepreneurs and traders. Thus, further bears another testimony to the genuineness of government intention to eradicate poverty by attracting local and global investment opportunities to the state,” he said.

The ceremony witnessed the presentation of gifts by Otunba Runsewe to Governor Fayemi, his wife and Prof. Bakare.