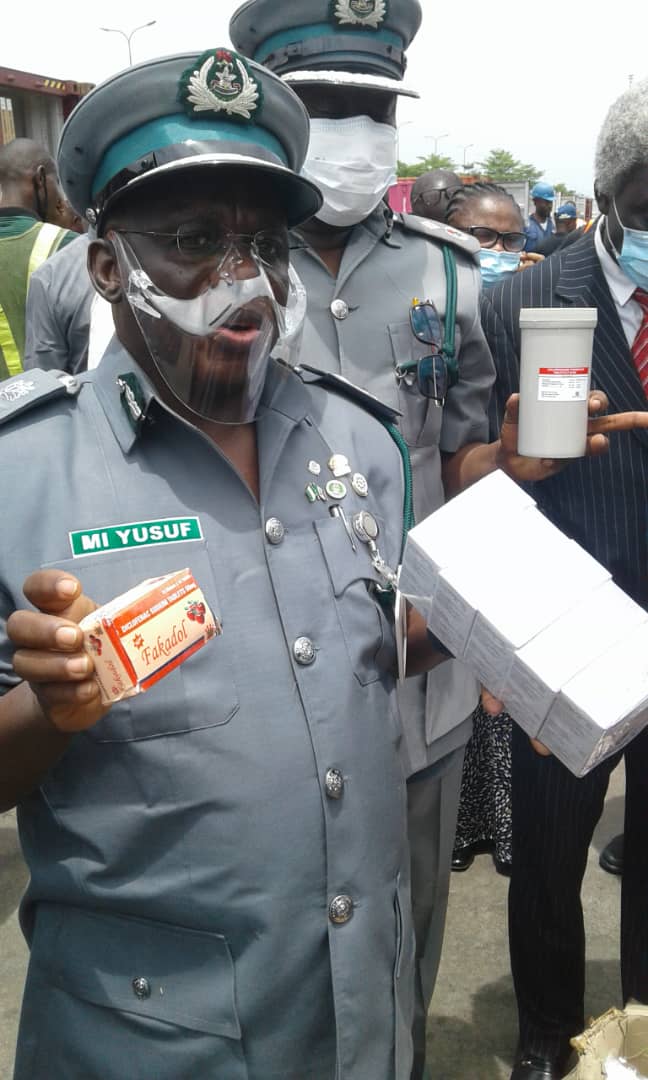 Customs Commands across the Country are churning out their first quarter reports comprising of mostly revenue collection, anti- smuggling activities and trade facilitation, as well as enforcing government fiscal policies. 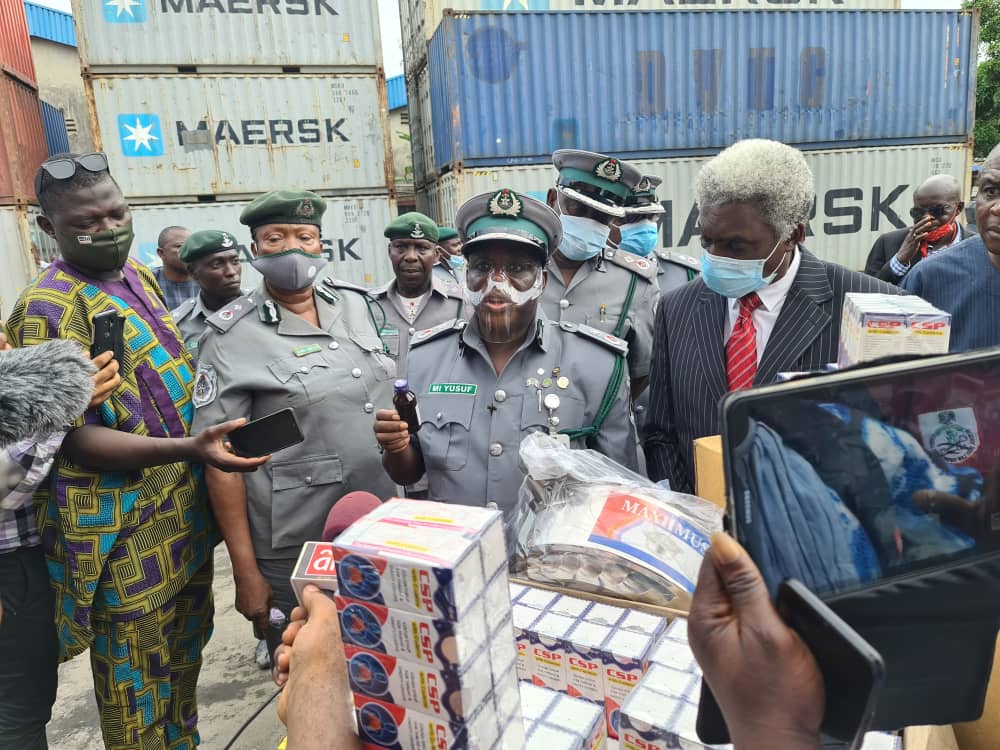 The Apapa Customs Command, being the flagship Command has in the first three months of 2021 collected a total of N159,582,047,134.11 as customs duty and other charges into the Federation Account.

According to Comptroller Yusuf Mallanta Ibrahim, the Customs Area Controller of the Apapa Command, while briefing journalists on Monday, he said “This represents 44.8% increment in duty collection when compared to the last year figure of over N110b in the same corresponding months, January- March 2020. The difference recorded was made possible because of robust stakeholders engagement, officers resolute in discharging their duties and an increased level of compliance in the trader’s zone”.

In anti- smuggling activities, the Command within the two months (February/March) of Comptroller Yusuf’s leadership, intercepted a total of 23 containers of various items such as unregistered pharmaceuticals
( Tramadol and Codine), Used clothing, Medicated soap and Foreign parboiled rice worth N773,809, 620.
He further stressed that the total seizures of the Command in the first quarter of the year ( January to March) stands at 28 containers valued at N1,871,944, 370.

According to him, ” These Seizures are all importations in breach of Section 46, 47, 161 of the Customs and Excise Management Act, CAP C45 LFN 2004 and Schedules 4 & 6 of the Common External Tariff (CET). These cases are in various stages of investigation and you will be briefed from time to time as investigation progresses”.

For the period under review, the Command also recorded a total of N41,559,378,029 being exports proceeds through the command. The exported products includes, manufactured goods, such as Soap, Textiles, Noodles and agricultural products such as Cashew nuts,Hibiscus, Sesame seeds and other mineral resources. The tonnage for the various exported products stood at 116 million tonnes with a Free On Board (FOB) value of $109,655,351.

On the areas of collaboration and stakeholders engagements, the Apapa Customs boss said ” We have indeed improved on our existing collaboration in the areas of information sharing and other areas that will further make it difficult for perpetrators of trade malpractices to succeed in the port.

” We have also achieved enhanced Customs Community Relations through meetings and strategic engagements with various stakeholders including importers , Licensed Customs Agents, media,and others who interface with Customs in the trade supply chain”.

While conducting journalists around, Comptroller Yusuf shows the seized items such as Wheat which was falsely declared as Super Market items, Medicated soap, falsely declared as Beaking powder and unregistered pharmaceuticals including Tramadol and Codine.

Yusuf called on importers to desist from importing dangerous and unregistered drugs with intention to destroy the lives of their fellow citizens, which may in turn be their, children brothers or sisters. He said the command is more than ever ready to fish out the perpetrators of these nefarious acts.