— Why he tried Blackmailing NIMASA DG, thinking is me

Hamza Ibrahim Jamo, a retired employee of the Nigerian National Petroleum Corporation (NNPC) was recently drawn into a phantom N1.5 trillion fraud allegation by an Online publication which seems to have also mistakenly linked the Director General of Nigerian Maritime Administration and Safety Agency (NIMASA), Dr Bashir Yusuf Jamoh into the alleged fraud. Hamza Ibrahim Jamo in this revealing interview with Ismail Aniemu, Editor of JornalNG in Abuja, clears the air on the Jackson Ude’s N1.5Trillion fraud controversy. 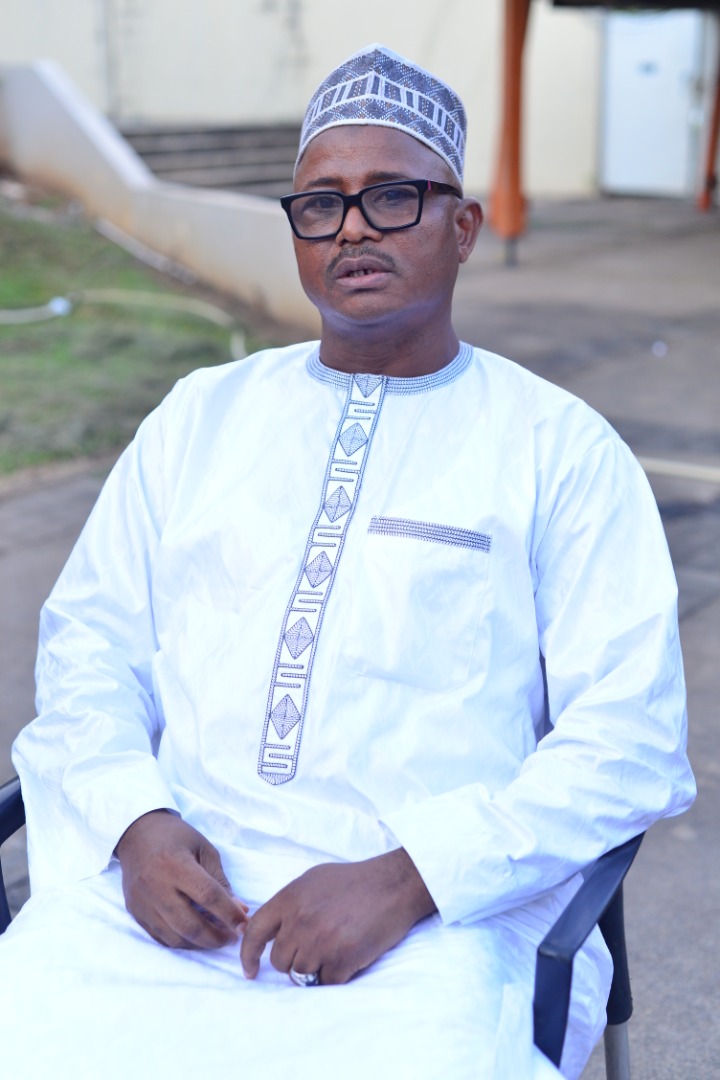 Question: Tell us about this N1.5 trillion Naira you are said to own in Fidelity Bank and your encounter with Jackson Ude?

Answer: You are welcome to Abuja. I am happy you are here because I am so eager to express myself and explain what really happened. I was so surprised with the last tweet, even when there was a report of a mix up in identity. The man named Ude was calling me a thief kind of.

First of all, there was a controversy about building a refinery because I come from the oil and gas sector at N1.5 billion and you are talking about N9 billion in an individual account. So if I have N1.5 trillion in Fidelity Bank account that means the bank should give me the position of GMD or MD. Because you need to ask what the capital of Fidelity Bank is. Let him go and look at it. What are the total capital, total saving and asset of Fidelity Bank as at today? Maybe that should be up to two third of the figure he is calling. I don’t know the figures, but definitely N1.5 trillion cannot go into one persons account (unnoticed)

Question : Tell us about yourself.
Answer: My name is Hamza Ibrahim Jamo from Kaduna. I worked with the NNPC and retired in 2017 after 35 years of service. That is a little something about me. The man was also quoting Talent Expertise. I met Talent Expertise on one of our Dubai programmers in 2017 and we agreed for me to be their Nigerian representative.

So since 2018 we signed an MOU, making me to function in that capacity. When we came to Nigeria, because of the regulations, the regulatory agency mandated us to do a company registration in Nigeria, so we have our CAC certificate in the name of Talent Expertise with the same address he is quoting, which is Eket Close, Area 8, Garki, Abuja and I am the only African representative. There is one funny thing that happened. We had on several occasions attempted to do a proposal for NIMASA, and each time it failed.

I have made several efforts to see Bashir Jamoh, but I have never met him face to face. We haven’t had the chance to see him, not to talk of giving him a proposal. All attempts to get anything from NIMASA failed. The N37 million Ude quoted was a contract given to us by the Department of Petroleum Resources (DPR). The payment was supposed to be in dollars, but because of issues encountered in the dollar payment process, it was then paid into our GTB account in Naira. It was originally N38 million, but when you deduct tax and VAT, then you have N37 million. I am surprised as to where he got his own information.

There is information I will like to share. Sometimes around May, 2019, scammers started removing money from that account with number 4020949836.
It happened from Friday till Monday. Some EFCC operatives later contacted me and asked if money was removed from my account. I confirmed it and was invited to their office around August or September, 2019.

After going in there, I saw someone who was apprehended from Enugu in connection with the fraud. Then they gave me the details of my account which contains my date of birth, name, BVN, account number, PIN and every other thing about me, which was surprising and very shocking. Then below it they said I have over N40 million in that account as my balance in 2019. I was shocked because I didn’t have up to N3 million at the time.

So that information continued to circulate in different whatsapp groups, I have had several calls and attempt to remove my money, to the extent that I had to block the account. Still the threat continued. At the end of it, in august 2020 I had to close the account. So that account he quoted has been closed since then. After the closure, I didn’t hear anything again, till now when I heard this information. How did it start?

On Friday around 12:04 pm, I saw a whatsapp message with a report that I should respond to the report. They also said that they found it necessary to meet me before releasing this report. That I should respond to avoid what happened to the MD of NPA. I told them that I have read their report and I find it to be a planned blackmail, and that it appears they are having two conflicting information in their report.

I informed them that I am Hamza Ibrahim Jamo; and not Bashir Jamoh, we are not from the same family and that I have never met him. So he replied; “blackmail?” and I said yes, because I retired from NNPC after serving for 35 years and then joined Talent Expertise International and have been with them for over four years now, so what are you telling me?

He replied “great” then went on to ask how come I worked in NNPC and was able to have over a billion naira in the account I mentioned earlier, quoting it. I now told him that he must be part of those groups that have been trying to hack my account.

Question: Do you suspect him?
Answer: Yes I suspected him, because I wondered where he got the information from; which means he has gotten that information about me, the account details and my BVN. It was through my BVN he was able to trace the GTB account as I am a signatory to the account where we have our Naira for the company. So I am surprised that he got this information. So he flared up that I called him 419 and that I would regret. I told him to go ahead that I want to regret and his days are also numbered and he won’t succeed.

Answer: We are in trouble in this country with this 419 people if they can go to that length. The problem is that the bankers are also helping them because the information was leaked by my bank which I am sure its from one of the staff.

People are also using the internet to steal money. I was lucky they sent one voice note to me mistakenly. One of the big scammer was telling the people who were communicating with them that if they were able to prove to him that I have the N40million in my account, that he will remove the money that night. Unfortunately they sent the audio to me mistakenly. So I called them thief and told them that they are not going to get me Insha Allah. So after that I had to close the account.

My concern now is that I want people to believe me. I wonder if people really know the worth of the figure he mentioned, because N1.5 trillion is not small money. To be able to move N1.5 trillion, you will wonder how much is the budget of NIMASA? How much is the budget of the whole ministry of transportation? I will be surprised if an individual can have such amount. To God who made me, if I am able to get the guy we will take him to court. My lawyers are preparing to look for him.

Since that Saturday the report was released, I have received over 500 calls, whatsapp and text messages altogether on this issue that I am Bashir Jamoh.
I got all sorts of text and calls. Some called me thief, while some begged me money. Some also promised to help me. I don’t know what to do. Small person like me, what do I have? I am just so surprised.