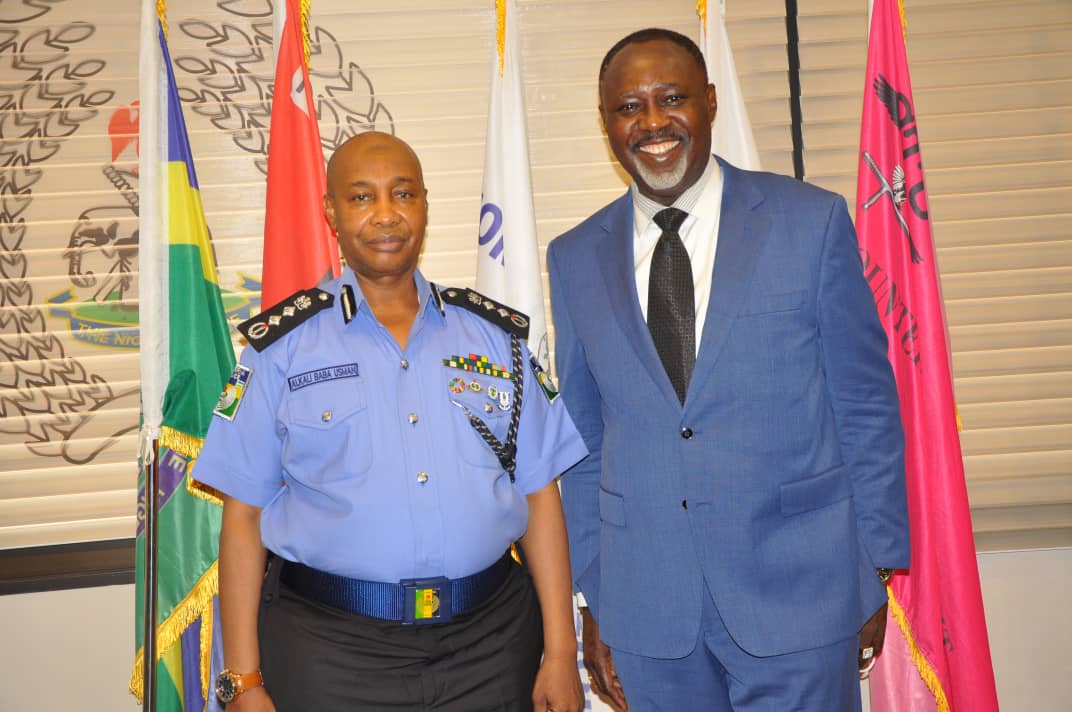 As part of the preparative and protective measures taken by the National Inland Waterways Authority (NIWA) in order to have a seamless exercise in the shipment of cargoes from Lagos Ports to Onitsha River Port, the Managing Director of NIWA Dr George Moghalu has paid a working visit to the Acting Inspector General of Police (IGP) Usman Alkali Baba at the Force Headquarters in Abuja recently. 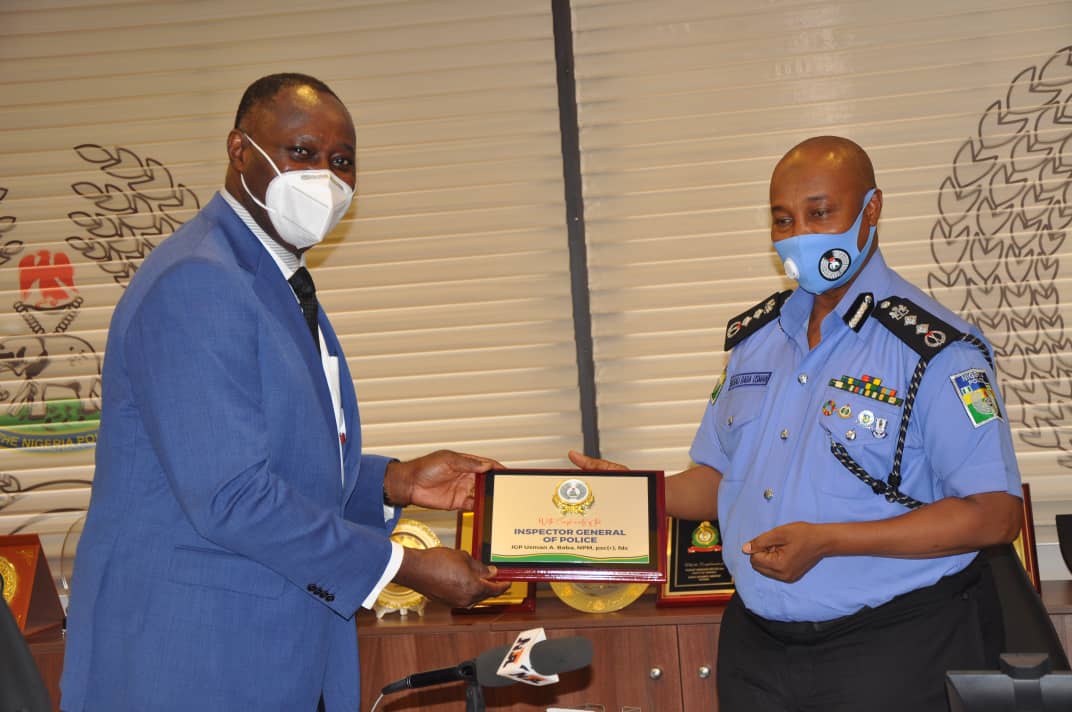 During the visit, Dr Moghalu seeks the collaboration and cooperation of the police in providing adequate security for the second test-run of cargo shipments from Lagos to Onitsha River Port in a bid to decongest the Ports in Lagos State.

In his words, Moghalu said “the purpose of our visit is to seek for collaboration and cooperation of the Police Force to build a synergy in our inland waterways operations. Most importantly now that we are about to commence the second phase of the test-run of shipping cargoes from Lagos to Onitsha.”

“NIWA is a Federal agency saddled with the responsibility of regulating and developing activities in the Inland waterways of the nation with headquarter in Lokoja, Kogi State. We have 22 Area Offices across the nation and waterways links across 28 states in the federation.”

He added that “statistics have shown that about 60% of cargoes coming into Nigerian Ports are destined to the South East of the Country.”

Moghalu thanked the IG for the kind cooperation the Police has been rendering to NIWA Inland Police Command, and also appealed for more cooperation in some areas of challenges the Authority is facing such as; lack of gun boats, accoutrement and anti-riot equipments.

He also complain that the IG should help vacate some police officials illegally occupying some of the organization’s premises which is by law under NIWA’s right of way at Onitsha Area Office; so that the Authority can make better use of the place.

However, the MD congratulates the Acting IG Usman Alkali Baba on his appointment as the new Acting Inspector General of Police by Mr President, and wish him a successful tenure.

Responding, the Acting IG of Police Usman Alkali Baba thanked the Managing Director of NIWA and his management team for the visit. He said “I thank you for coming to congratulate me and intimate me with the developments and challenges you are facing in your organisation.”

The IG further stated that “we have a very good and cordial working relationship with NIWA and we recognize the kind cooperation that NIWA is rendering to the inland and Marine police, though we need improvements.” He also said “to have gun boats is capital intensive, but the Force will look for a way on how to support NIWA in its areas of operations.”

The IG disclosed that he was once the head of the Marine police when he was an AIG, so, that made him to know much about NIWA and all operations and activities in the maritime sector.
He however promised to sustain the good working relationship with NIWA in all it’s areas of operations. And also to provide the organisation with every support where necessary.

During an interview with the press after the meeting, the MD of NIWA added that the visit is also aimed at allaying the fears of the cargo owners and build their confidence on the test-run exercise from Lagos to Onitsha.