Apapa Customs hits N336b in half year, gets Commendation from RMAFC 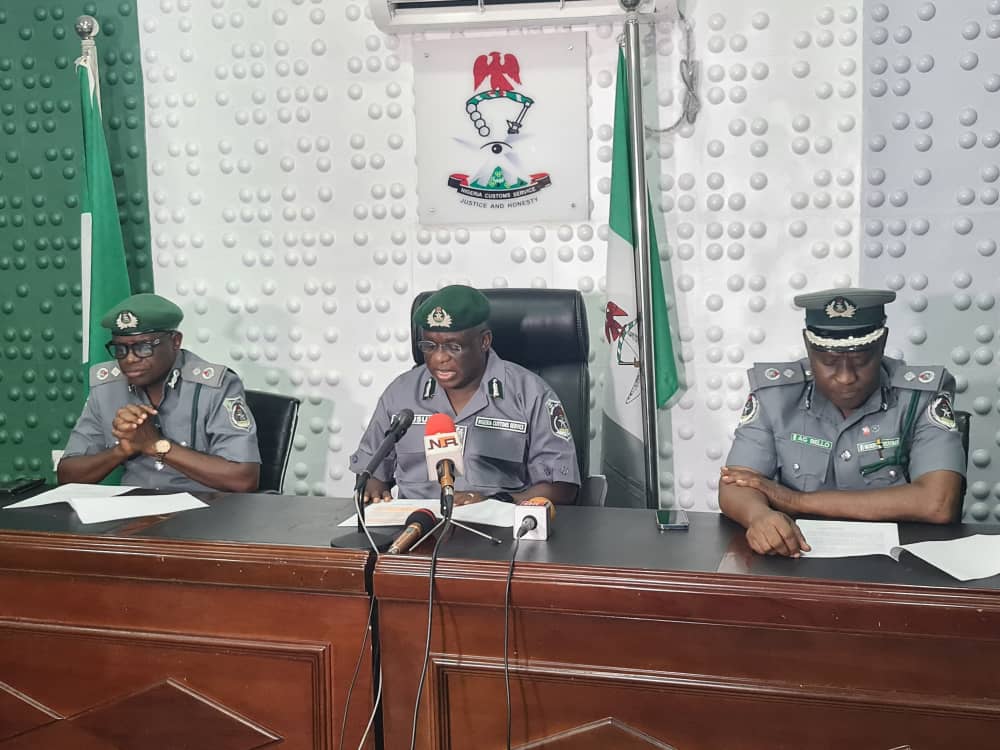 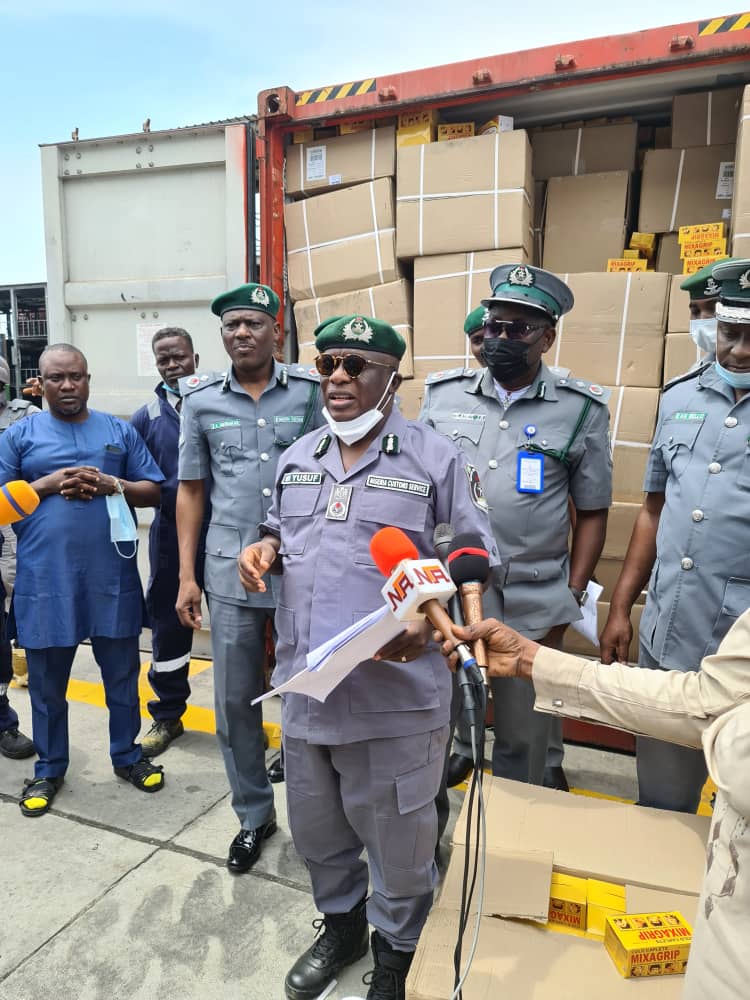 The flagship Command in its 2021 half year report has collected the total sum of N366billion a feat that has surpassed the the 2020 collection of N227billion.The Command also made export proceeds of N272.3billion with 1.6 million tones amounting to a Free On Board ( FOB) value of $103 billion. The Command also intercepted through its anti smuggling 10 seizures with a Dut Paid Value of N442million. 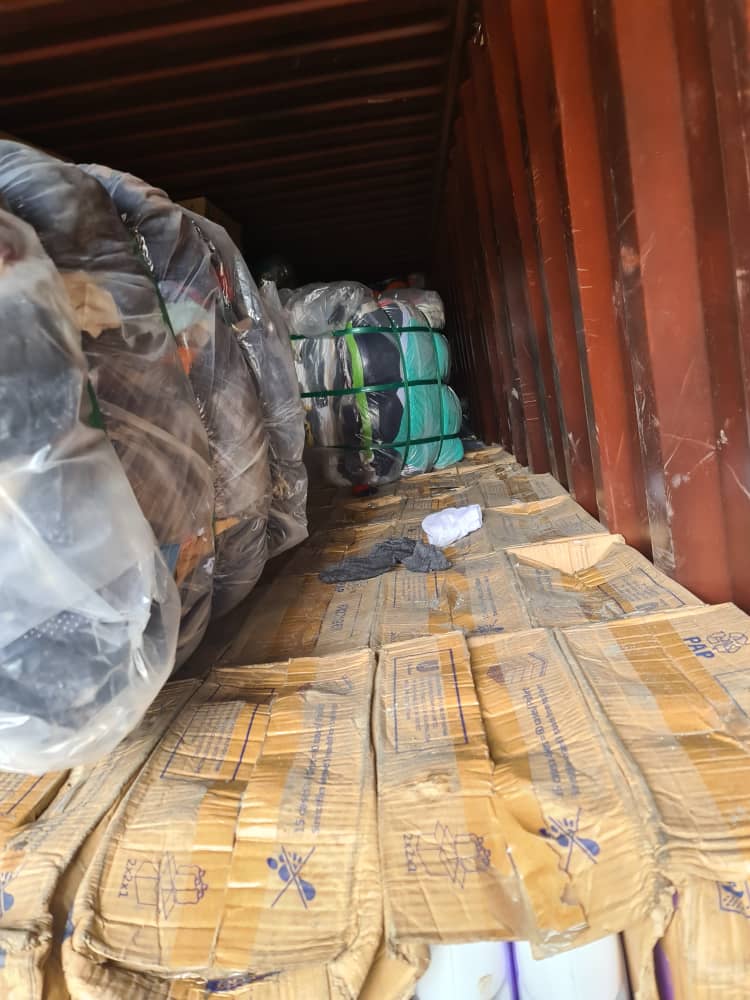 Commending the superlative performance of the Command, the Federal Commissioner of RMAFC team led by Dr Adekunle Wright who were on a working visit to the command were impressed of the Apapa’s Customs performance and promised that the agency will always align with the NCS and will do everything to encourage the Service in their critical role of revenue generation which has help a great deal in funding the economy.

Addressing the media on Tuesday, Comptroller Yusuf Malanta said the tremendous increase in the revenue of the command is due to the structure he has put in place which has improved importers compliance level make exit of of cargoes faster and also reducing cost of delay and demurrage payments.

Comptroller Yusuf said “I am pleased to welcome you again to this press briefing session, aimed at intimating you with the activities of Apapa Area Command in the areas of revenue collection, anti-smuggling operations and trade facilitation for the period of Jun 2021 and half year report (Jan-Jun) of the same year.

” The Command has taken a giant stride in the just conduded month of June which yielded an outstanding result in our revenue generation. We are therefore motivated even to do more and more in the next coming months (INSHA ALLAH).

“The Command generated a revenue of N78.4 billion in the month of Jun 2021 which clearly shows an increase of over 90% when compared to the N42.4 billion collected in the corresponding month under review. Nonetheless, our sustained anti-smuggling campaign and the increased level of compliance have resulted in reduction of smuggling activities throughout the command.

“Thus, for the period under review, the Command recorded 10 seizures of various uncustoms goods such as tomato paste, used clothing, unregistered pharmaceutical drugs, etc. with a Duty Paid Value of N442 million

” This unprecedented record is a great validation of our new approach to revenue drive. It is also fitting to emphasize here that this volume of revenue has never been recorded in the history of the Flagship Command of the Nigeria Customs Service.

“Consequent upon the above and in line with the provision of Extant laws, trade guidelines and enforcement of Government Fiscal Policy, the Command was abke to strengthen its anti-smuggling operation against economic saboteurs through timely credible intelligence driven network which led to the seizure of 46 containers between Jan-Jun 21 with Duty Paid Value of N27.6 billion. All these importations are contrary to the provision of sections 46 & 47 of Customs and Excise Management Act CAP C45 LFN 2004 and Customs & Excise Notices No.1491.

” It is also worthy to note that the Command has generated a total of N366 billion for the half year, January to June 2021 which represents 61% increase when compared to the N227 billion collected in the first half of 2020.

“This spectacular achievement was made possible by our officers’ resilience and commitment in ensuring collections of appropriate revenue, robust stakeholders’ engagement and seamless facilitation of compliant trade”, the Controller said.

On export trade the Apapa Customs boss said ” the Export statistics of the Command showed that good worth N272.3 billion have been exported through Apapa port between January June 2 021. These exports includes, agricultural goods such as sesame seed, ginger, hibiscus flower and other mineral resources. The total tonnage of the said export stood at 1.6 million tones with FOB value of $103 billion.”