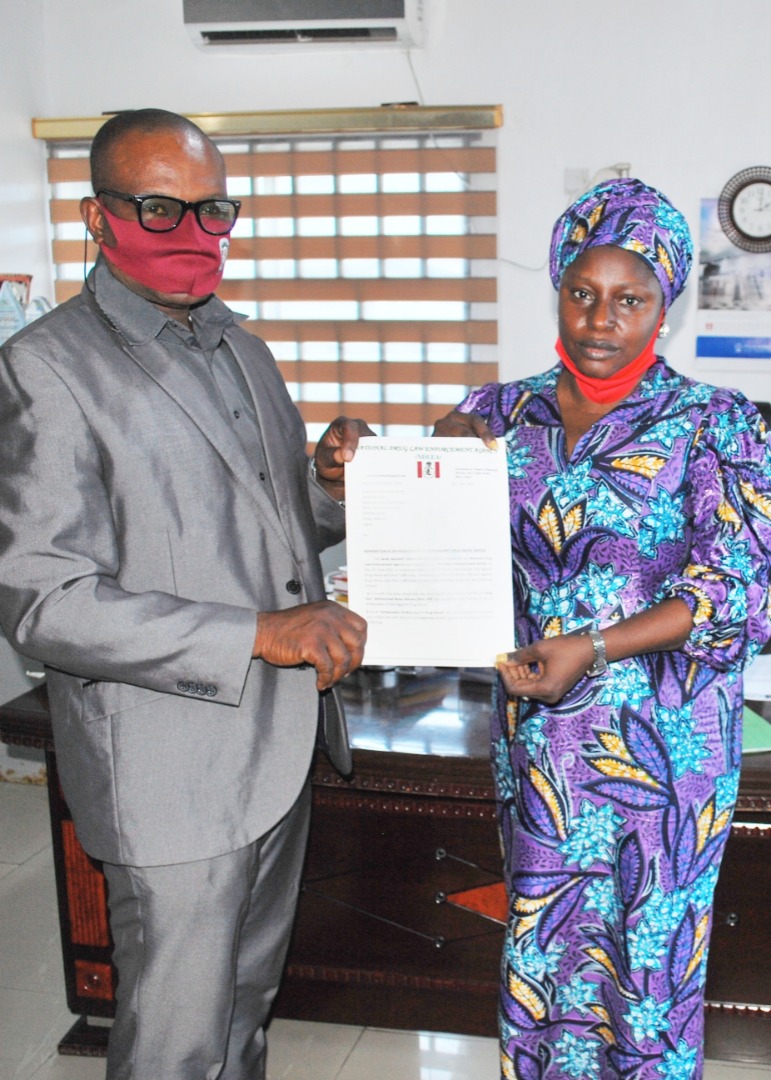 At brief ceremony, held at NIWA Lagos office at CMS Marina, the NDLEA boss stated that Engineer Sarat Braimah is so appointed in tandem with President Muhammandu Buhari’s inaugural address, commemorating the 2O21 United Nations International Day against drug abuse and illicit Trafficking, a war which must be fought by well meaning citizens.

According to General Marwa, Engineer Sarat Braimah is expected to synergize and collaborate with NDLEA in propagating the war against Drug abuse and illicit trafficking through her official and private engagements as responsible and top notch officer of government.

Presenting the official letter of appointment and decorative pin to Ambassador Sarat Braimah, the Assistant Director, Seaport Operations, Mr Ekundayo Williams who stood in for the NDLEA boss, explained that NIWA Area Manager has shown noticeable commitment in assisting NDLEA in the discharge of its duties in Lagos, hence her nomination and appointment by General Buba Marwa (rtd).

In her brief remarks and acceptance speech, Ambassador Sarat Braimah, commended the dedication and sacrifice of NDLEA under General Marwa, adding that the community to community approach in arresting the very disturbing rise in drug trafficking, is the best way to go.

She promised to do whatever is possible to assist the agency, particularly in propagating the message against drug abuse among boat Operators in Lagos and other stakeholders within the waterways transportation community.