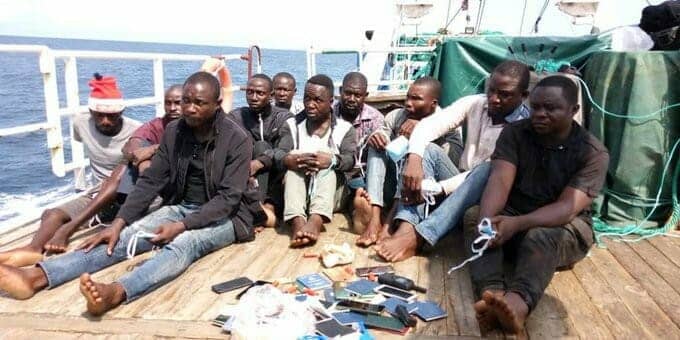 Through the intervention of the Nigerian Maritime Administration and Safety Agency (NIMASA) fire power using the newly deployed Deep Blue Project assets equipment eight Nigerians, among them five members of the Maritime Workers Union of Nigeria (MWUN) kidnaped by gunmen in Rivers State waters on Monday have regained their freedom.

The release of the abducted travellers, which occurred on Saturday evening is sequel to the intervension of the Director-General of Nigerian Maritime Administration and Safety Agency (NIMASA), Dr. Bashir Jamoh and other stakeholders.

The DG of NIMASA broke the news after a telephone conversation with the President-General of the Maritime Workers Union of Nigerian (MWUN), Comrade Adewale Adeyanju at about 8:15pm on Saturday.

The abductees are believed to be in good physical condition and the MWUN President General is expected to provide detailed report on the incidents surrounding the abduction soon.

It could be recalled that the eight persons were travelling to Port Harcourt from Kula area in Akuku-Toru Local Government Area on Monday, before the gunmen abducted them at the Kula-Abonnema waterway.