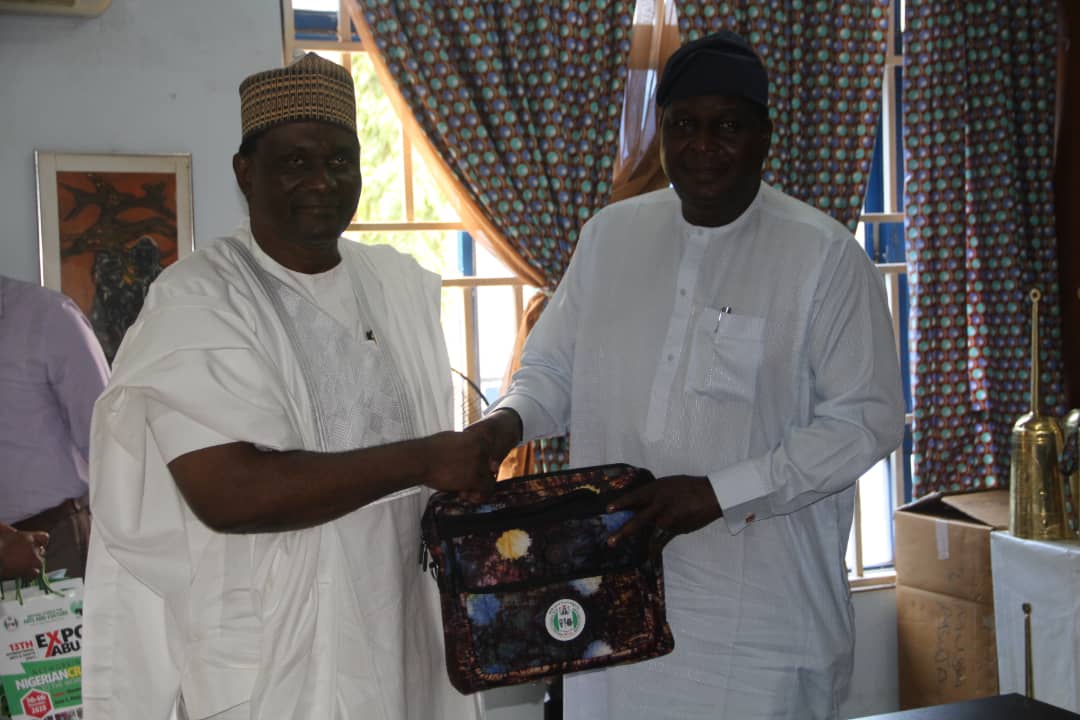 The NCAC, DG who felt highly honoured said the visit which was timely, attested that the council is a dependable ally in the movement to change the narratives in the Arts and Culture sector.
Otunba Runsewe maintained that the Tourism and Culture sector are like siamese twins, but people are yet to really understand this relationship which he likened to a production and marketing outfits where “Culture produces the content, while Tourism markets and sustain the system”, saying , that this is the reason why culture and tourism are inseparable.

He, however decried the high level of insecurity in the country and advised government to partner with FTAN in the areas of monitoring and screening of various hotels which often serve as hiding grounds for criminal elements in our society. He reiterated the need for a higher level of participation by stakeholders and practitioners in the sector which according to him is the highest employer of labour.

Runsewe assured the executives of FTAN that NCAC will allocate an office space for the Federation when the NCAC Cultural village becomes fully operational.

Earlier in his address, the President of the Federation of Tourism Associations of Nigeria, Mr. Nkerewem Onung said the newly elected executives of the Federation were in the Council to thank the Director General, Otunba Olusegun Runsewe for the fatherly and advisory role he has played before and after the election which produced the newly elected officials at the year 2021 Annual General Meeting (AGM) to manage the affairs of the federation.

The FTAN president who congratulated Otunba Runsewe on his reappointment as the Director General of NCAC by President Buhari revealed that the he is a statesman, a patriotic Nigerian and an icon in the Culture and Tourism sector, whose role has changed the narratives in the sector since his assumption of office as the Director General, National Council for Arts and Culture.

The FTAN president said FTAN was initiated in 1997 as the umbrella body to represent all Tourism Association of Nigeria and stand as a mouth piece of the private investors in the tourism sector in Nigeria.

Mr. Onung stressed that the visit was also to strengthen the already existing relationship between the private investors in the Culture and Tourism sector and the NCAC and also sought Council’s support and assistance in the area of logistics to enable the Federation carry out its numerous responsibilities.

Also speaking, the first vice president of the Federation, Badaki Aliu thanked the NCAC, Director General for the high level of hospitality accorded them and expressed optimism that the newly elected executives will increase its level of partnership with the Council in order to achieve the aims and objectives of the federation.