NAFEST 2021: RUNSEWE PROMISED TO USE CULTURE TO UNITE NIGERIA 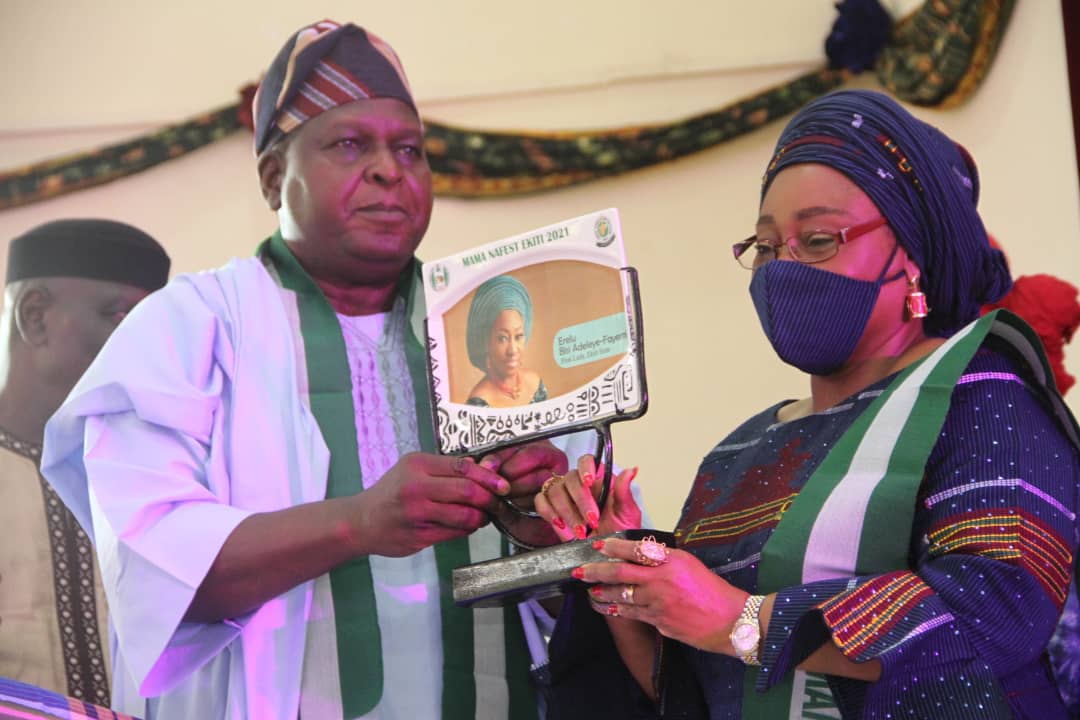 The Director General National Council for Arts and Culture, Otunba Segun Runsewe presenting an Award of Mama NAFEST to the wife of the governor of Ekiti State, Erelu Bisi Adeleye-Fayemi

As Ekiti state Governor’s wife receives the award of MAMA NAFEST 2021, the Director General of the National Council for Arts and Culture (NCAC), Otunba Olusegun Runsewe (OON) who is also the President of the World Crafts Council, African Region has said that his ultimate goal as the Director General of the NCAC is to use culture to unite Nigeria and bring about sustainable peace and national development. 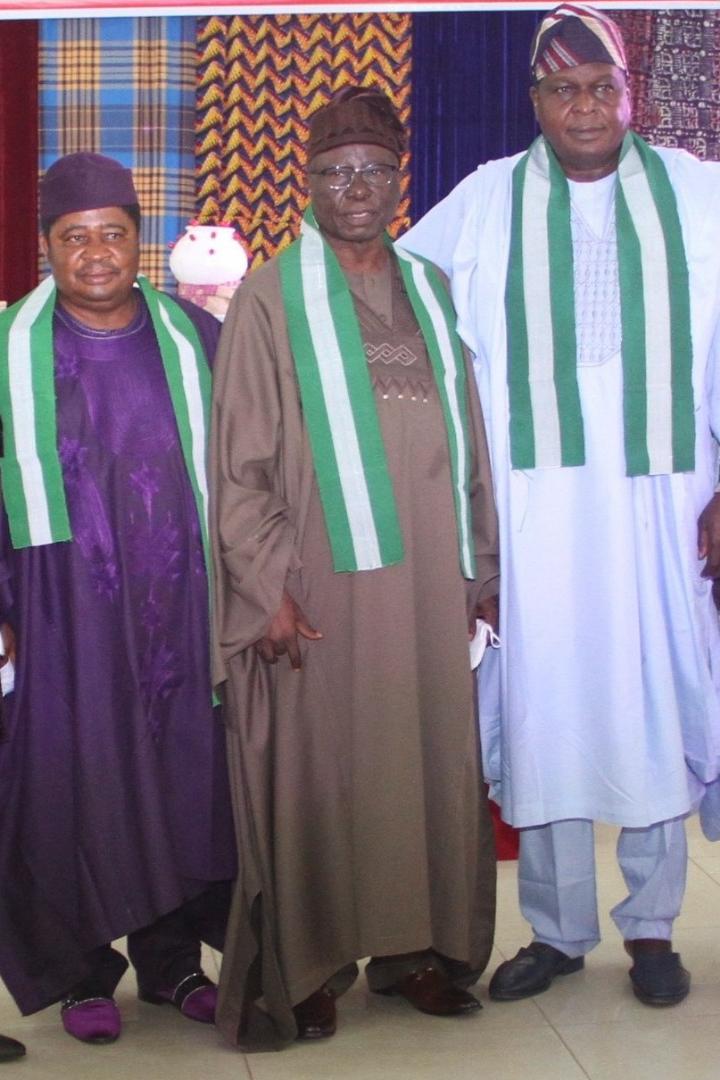 His Excellency Otunba Bisi Egbeyemi, the Deputy Governor of Ekiti State at the middle with the Director General National Council for Arts and CultureMr Otunba Segun Runsewe on his left and the Ekiti state commissioner of Arts, Culture and Tourism, Prof. Ojo Bakare on his right.

He expressed the readiness of the state to host this year’s NAFEST saying that NAFEST will present a good opportunity to showcase the rich cultural heritage of Ekiti State for the world to see and to tap into its economic potentials. He added that any state that fails to take into account the need to situate culture as well as the creative capacity of its people within its developmental plan is bound to face serious social, political and economic crisis in the long run.

He hoped that the forth coming NAFEST will promote national unity, social integration, redirect cultural activities, revenue generation and create windows of investment opportunities for the economic growth of not only Ekiti State but Nigeria in general.

On his part the Ekiti State Commissioner for Arts, Culture and Tourism, Professor Rasaki Ojo Bakare during his opening speech said that the essence of the meeting was a reminder to the stakeholders of the Iconic American President, Abraham Lincoln quote who said and I quote “Give me six hours to chop down a tree and I will spend the first four hours sharpening the axe”. This quote according to Professor Ojo Bakare underscores the importance of proper planning towards having a satisfactory NAFEST.

According to him, this collective interface among all the principal implementers of the National Festival of Arts and Culture 2021 project has become and will continue to be a major success factor in every successful edition of the NAFEST. Prof. Ojo Bakare promised all the stakeholders at the meeting that the forthcoming National Festival of Arts and Culture with the theme “Celebrating Unity in Diversity” scheduled for 13th to 20th November, 2021 promises to be a festival Nigerians would be proud of.

He reiterated that Ekiti state which is the home of honour, a home of Professors, a home of good food and the most hospitable and peaceful state harbours people of different ethnic and religious groups all over the country, adding that the state will set a new standard in the hosting of NAFEST.

At the meeting which was attended by over 30 states Commissioners of Culture and other stakeholders in the Culture and Tourism sector of the country. The DG of NCAC, Otunba Segun Runsewe added that time has come for Nigeria stakeholders in the sector to change the narratives of culture in Nigeria. According to him, it is time for all hands to be on deck to take our good hands, good ideas and good culture to other parts of the world.

Runsewe also commended the EKiti State Cultural Troupe for their wonderful performances and promised to give them more exposure to the outside world. He urge the Culture Commissioners and stakeholders to tap into the SWOT analysis and emphasize the good aspect of the country for time has come for the nation to blow its trumpet.

The wife of the Governor of the Ekiti state, Erelu Bisi Adeleye-Fayemi, Ph.D, whose presence added colour to the Technical Stakeholders meeting was decorated as “Mama NAFEST 2021”. She welcomed all the delegates and thanked the DG of NCAC for giving her the award of Mama NAFEST 2021. She urged the delegates and stakeholders to feel at home and explore all the good experiences that Ekiti state has to offer and expect more later in year during the forthcoming NAFEST in November 2021.