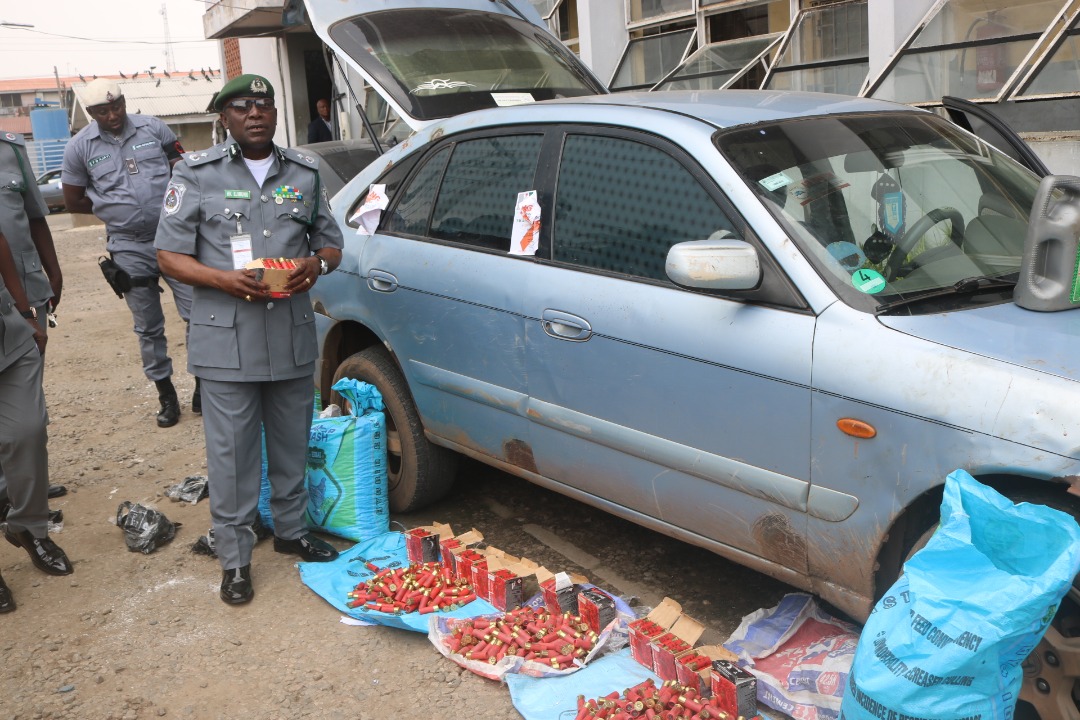 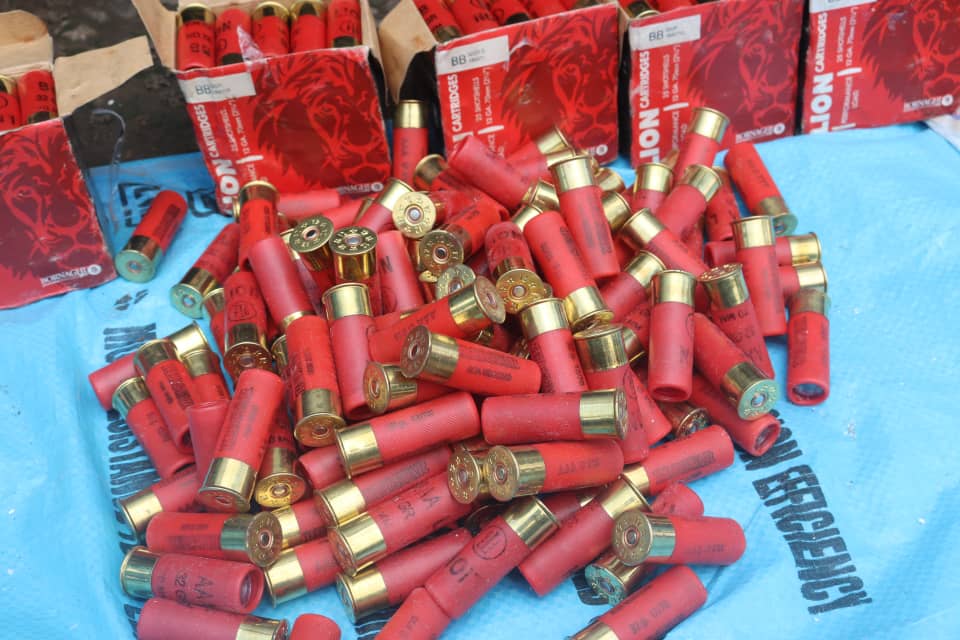 This occurred while officers of the Nigeria Customs service were on information patrol on Sunday at about 10pm along Igbora axis of Oyo State.
The drivers of the vehicles abandoned them on sighting the official vehicle of the Customs.

According to a press statement issued by Theophilus P. Duniya, Public Relations Officer of the Federal Operations Unit Zone’A’, the items discovered during physical examination in the office includes 751 pieces of AAA, 70mm live Lion Cartridges, sacks of cassava flour and sacks of parboiled rice. He said the vehicles including their contents have been deposited at the Unit Headquarters for further investigation.

The statement further reads ” the Acting Customs Comptroller in Charge of the Unit, DC Hussein Ejibunu called on all patriotic citizens to provide useful and timely information that would help in combating smuggling.”

He said “Smuggling is the mother of all crimes, hence the need to team up and fight it to the barest minimum.

“It is an act of sabotage that should not be allowed to fester for a long time, most especially with the security challenges in the country. Information is key and germane towards the fight against this cankerworm called smuggling” he added.