The Acting Managing Director of the Nigerian Ports Authority (NPA), Mr Mohammed Bello-Koko seems to have up the storm and now making great strides with bold steps to strategically repositioned the Nigerian Ports, especially the Lagos ports workable again. 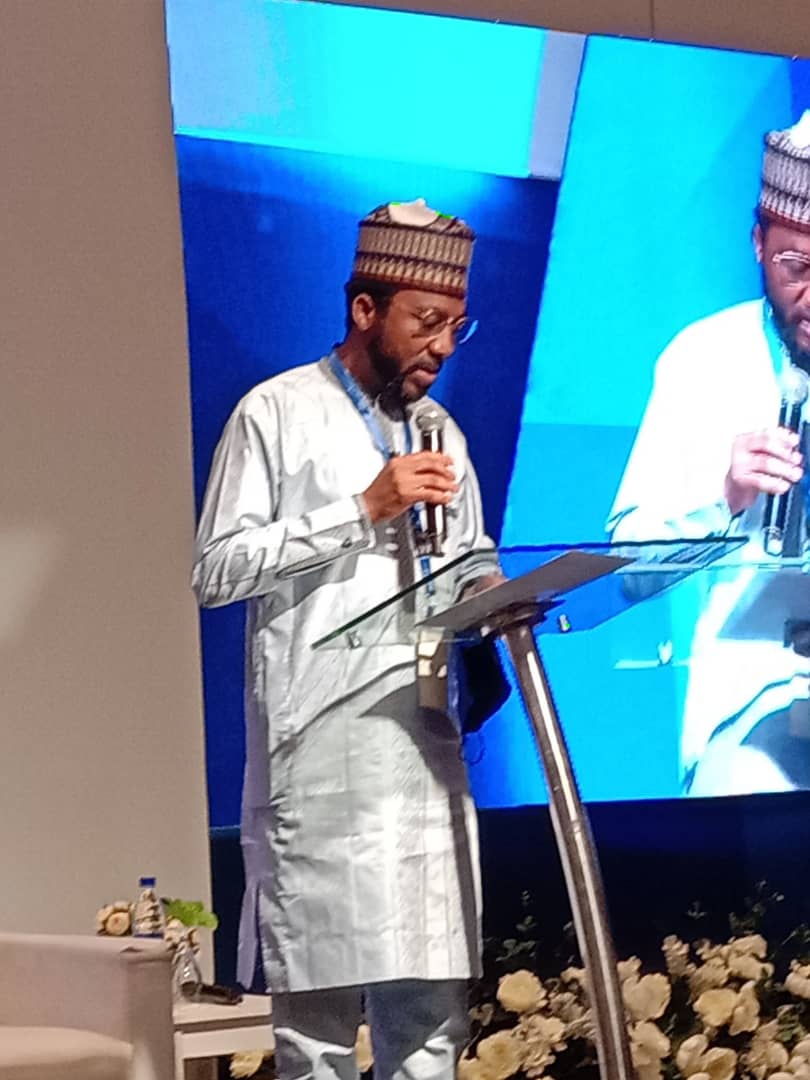 Bello-Koko is his five months administration as the Acting Managing Director of the Nigerian gateway agency despite starting on a controversial note due to the suspension of his boss and immediate past Managing Director of the NPA, Ms Hadiza Bala Usman from Office, has shown the traits of a performer with striking decisions to return Nigerian ports into its hub status.

The hullabaloo that engulfed the sack of Hadiza Usman and her intense fight back to either return as MD or for the government to sack the entire management team under her might have hindered and slow down the progress of the authority as well as the performance power of Mohammed Bello-Koko as the Acting Managing Director.

Despite this interlude in the Operations of the NPA, the Acting Managing Director was still up and doing in carrying out his transformation drives at the agency. His first firepower was the dismantling of all illegal structures and shanties along the Apapa and Tin Can Island port roads. It was the first of its kind in the last two dacades in sanitizing the Lagos ports environment, which hitherto was an eyesore of filths and garbage dumps.

Bello- Koko has also strive to sanitize the ports access roads of indescriminate trucks parking which has become a worrisome monster that was difficult to be tamed. As such he went out full force to enforced the Electronic Truck Call up System commonly referred to as ETO. According the NPA helmsman, at his five months scorecard, the performance of the ETO and clearance of the ports access roads has achieve 80% success.

Furthermore, for Bello-Koko to fully be in charge and keep away insensitive characters from either monitoring or sabotaging his administration, he has redeployed key Port Managers of Lagos Ports Complex (LPC), Tin Can Island Port and the Onne port. While some Principal officers were also brought closer to the corridors of power to help the Acting MD succeed in his transformation drive at the NPA.

In two separate press statements issued by Olaseni Alakija, General Manager, Corporate and Strategic Communications of the Authority within three days , first was the redeployment of some key General Managers and second the NPA helmsman scoring the Authority 80% of success of the ETO in sanitizing the Lagos ports access roads.

The Acting Managing Director of the Nigerian Ports Authority (NPA), Mr Mohammed Bello- Koko
in his bid to rejig ports operational efficiency under his regime and in the quest for Nigeria to become the maritime hub in Africa, south of the Sahara, has approved the appointment of three new Port Managers and other Principal Officers.

Five months after assuming office, Acting Managing Director of the Nigerian Ports Authority (NPA), Mohammed Bello -Koko, says the incremental deployment of the electronic call-up infrastructure for cargo trucks (known as “Eto”), launched in February this year has to a large extent resolved the endemic Apapa vehicular gridlock, even as the aurhority keeps reviewing and improving.

Bello-Koko made this disclosure as a guest on a breakfast programme, monitored recently in Lagos. He explained that while the NPA is not unmindful of the pains of Apapa residents, what remains is to address the gridlock caused by the failed portion along the Mile 2 – Tin-Can Port road, insisting that as soon as the entire stretch of the Tin-Can Port expressway is completed, the perennial gridlock within Apapa would be completely eliminated. “After this, we will fully deploy the ‘Eto’ call-up infrastructure for trucks along the Tin-Can Port corridor”, he said.

The NPA boss also debunked insinuations that the ‘Eto’ system has been compromised, he explained: “the ‘Eto’ truck booking system was launched in February, and when I assumed office my first task was to carry out a comprehensive review of the system and we directed the system manager to immediately address all areas of deficiencies. These infrastructure upgrades coupled with the support of the Lagos State Government and other stakeholders, the vehicular gridlock along the Ijora – Apapa axis had reduced by over 80% and am sure residents of Apapa can attest to this”, he added.

Bello- Koko further said that the Authority has fully embraced multimodal transportation by encouraging better use of barges and port-rail for the movement of laden and empty containers in and out of the ports, a development that has brought significant reduction in the cost of doing business at the ports.

According to him, as part of efforts to kick-off the electronic call up system, a fully automated transit truck park was established, while 29 satellite parks were approved to ensure that trucks coming to do business in the ports are properly profiled and verified before accessing the port. Out of the 29 parks, about eight have met the required standards, which includes installation of bollards, CCTVs, automated gate systems and relevant IT equipment.

He further noted that apart from few isolated cases, where some truck drivers try to subvert the system by not adhering strictly to the truck manifest arrangement with its attendant disruption. The e-call up has been able to streamline cargo evacuation and truck movements, thereby bringing a level of sanity to the roads.

He equally attributed the elimination of the Apapa gridlock to the new policy introduced by the Authority, which compelled Shipping lines to ship out not less than 80% of the number of containers shipped in, for every voyage be it empty containers or export cargo.

He said : “over time, we discovered that most Shipping lines were storing their empty containers in Nigeria, which was cheaper for them, but we have introduced a policy whereby shipping companies should take back 80% of the laden containers they brought into the country from the stock of empties and export cargo. This has also reduced the number of trucks with empty containers waiting on the roads.

“What this meant in a lay man’s language is that if a vessel brings 100 containers for instance, such vessel must take back 80 containers, which must be among the empties and export containers, without which she would not be allowed to sail out of the ports”.

The NPA boss declared that a total of 80,000 trucks have so far registered on the ‘Eto’ platform, however only 16,000 trucks have met the minimum safety standards, which is an indication, that more work is needed to enthrone safety and prevent accidents within the port area, he remarked.

“There will be continuous improvement of ETO system including the deployment of additional physical and IT infrastructure as well as grant approval for more transit parks to cushion the excruciating pains of truckers” he noted.

The NPA had also embarked on what the MD called ‘operation green’ through which all illegal structures and shanties on port access roads in Apapa were cleared, the move formed part of efforts to free flow of traffic in the area.

Shedding more light on the provision of the barge services to ease movement of cargo out of the seaports, the NPA Managing Director said barge operators are now being guided by the revised standard operating procedures (SOP) in order to ensure efficient and safe barge operations. He stressed that owners of barges must comply with the new safety guidelines if they wish to do business at the port.

Again, the NPA helmsman said, “when we approved the use of the barges, we soon discovered that many of them (operators) did not have radio communication equipment onboard and we directed them to install the equipment. We also insisted that these barges must be sea worthy before they are allowed to sail so as to forestall a situation where they breakdown at the middle of the channel, which would cause massive disruptions to shipping.vf

“We are also developing an electronic call-up system for the barges, just like what we have for the trucks on the roads so as to ensure that we streamline their operations. There is a department in the NPA charged with the responsibility. In the last few weeks, we have also received proposals for the deployment of very large self-propelled barges, we are being careful, but we are studying all that, the PPP Unit of NPA is working on that”, Bello- Koko revealed.

Suffice to say that, Mohammed Bello-Koko despite the intrigues, power play and the traits to pull him down, even with the recently released Pandora Papers alleged financial infractions, the NPA Acting Managing Director is walking the talk of repositioning the NPA for Efficiency, Safety and Accountability. Above all preparing the Nigerian Ports for the much expected hub status in both West and Central Africa. Let’s the good works continue.