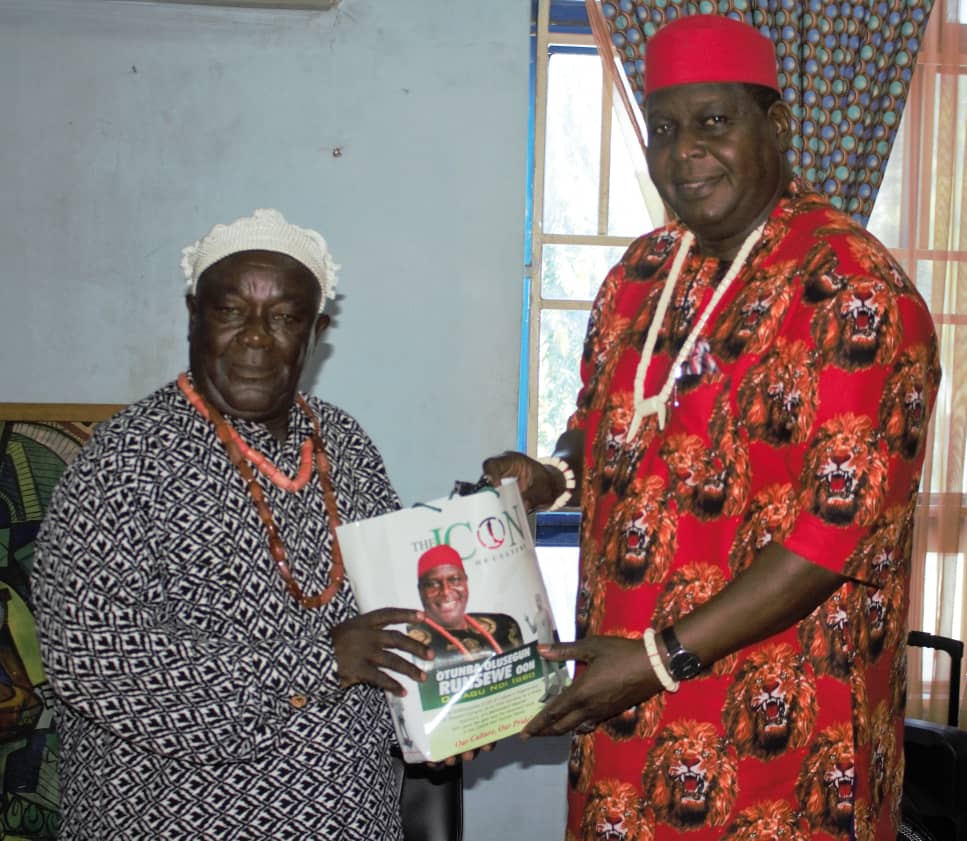 The Director General of National Council for Arts and Culture, Otunba Olusegun Runsewe OON has promised to put the Council’s botanical garden located at Ekwulumili, Nnewi South Local Government of Anambra State for better use as a veritable platform to engage the youths of the area to contribute meaningfully towards the economic and sicio- cultural development of the area.

Runsewe made this pledge in his office when a delegation of the Traditional Rulers from Igbo-speaking States of the country paid him a thank you visit in his office recently in Abuja.

Otunba Runsewe who is the Obiagu of Ndi Igbo expressed delight over the visit of the Royal Fathers. He said the Royal Fathers have a greater role to play in uniting the country using good cultural values and preaching the gospel of peace even beyond their domains. This, the DG believes willl rekindle the hope of Nigerians to remain together as an indivisible entity.

The NCAC, DG who doubles as the President of the World Crafts Council, African Region expressed appreciation to the delegation for the construction and unveiling as a life size effigy of him at the National Yan House, Etuti village which he built during his leadership of the Nigerian Tourism Development Corporation (NTDC) to mark the year 2021 National New Yam Festival which held in August 2021. He said as a firm believer in the Nigerian project, he is ready, though tribe and tongue may differ, to use culture to reposition Nigeria to curb moral decadence.

Earlier in his address, the leader of the delegation, HRH Eze Sylvanius Ibe, the Vice Chairman of Oji River Council of Elders, Enugu State said they were on a thank you visit to Otunba Runsewe for honouring their invitation to this year’s National New Yam Festival which held from 24th to 28th of August 2021.

He added that Otunba Runsewe made it possible for the New Yam Festival to gain International recognition adding that the entire Igboland is pleased to associate with Runsewe as the Icon of culture and tap from his wealth of experience.

He also used the occasion to inform the DG of the International New Yam Festival of the community while praying for his fatherly input to make next year’s event more colourful. Highlight of the visit was the presentation of gifts to the Royal Fathers.