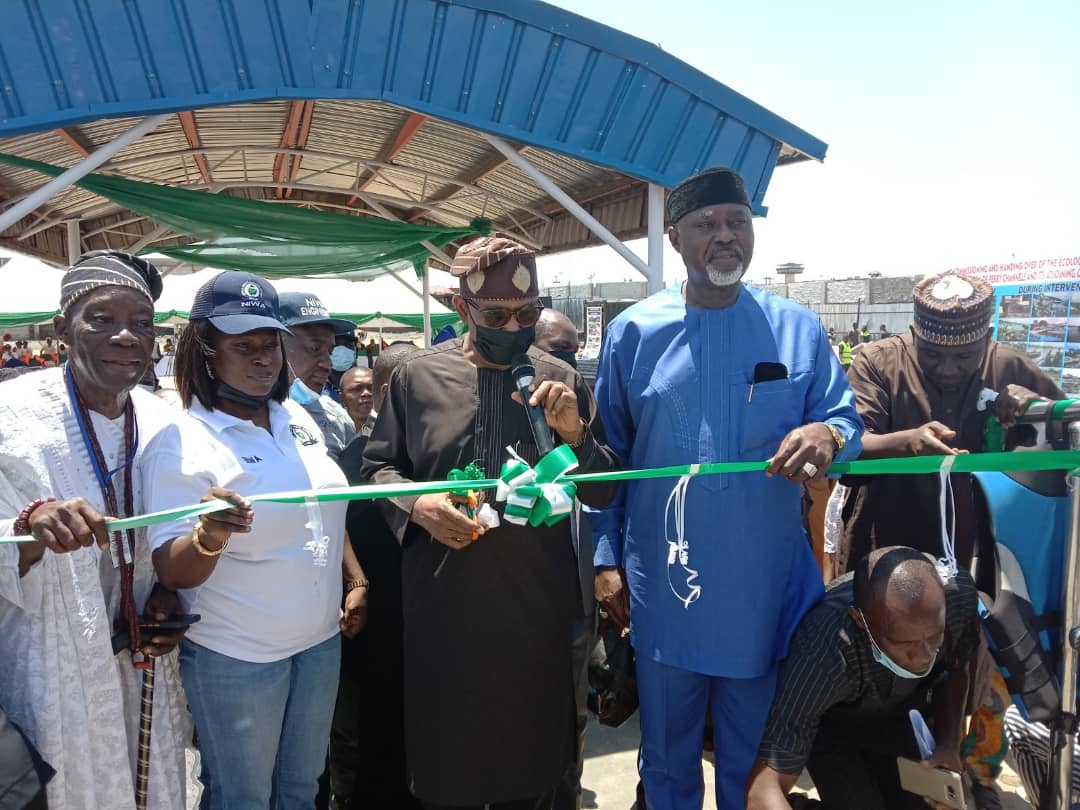 It was another boost for the National Inland Waterways Authority (NIWA) infrastructural provision for efficient waterways transportation in Lagos State as it’s takes over two brand new jetties built by the Ecological Project Office. 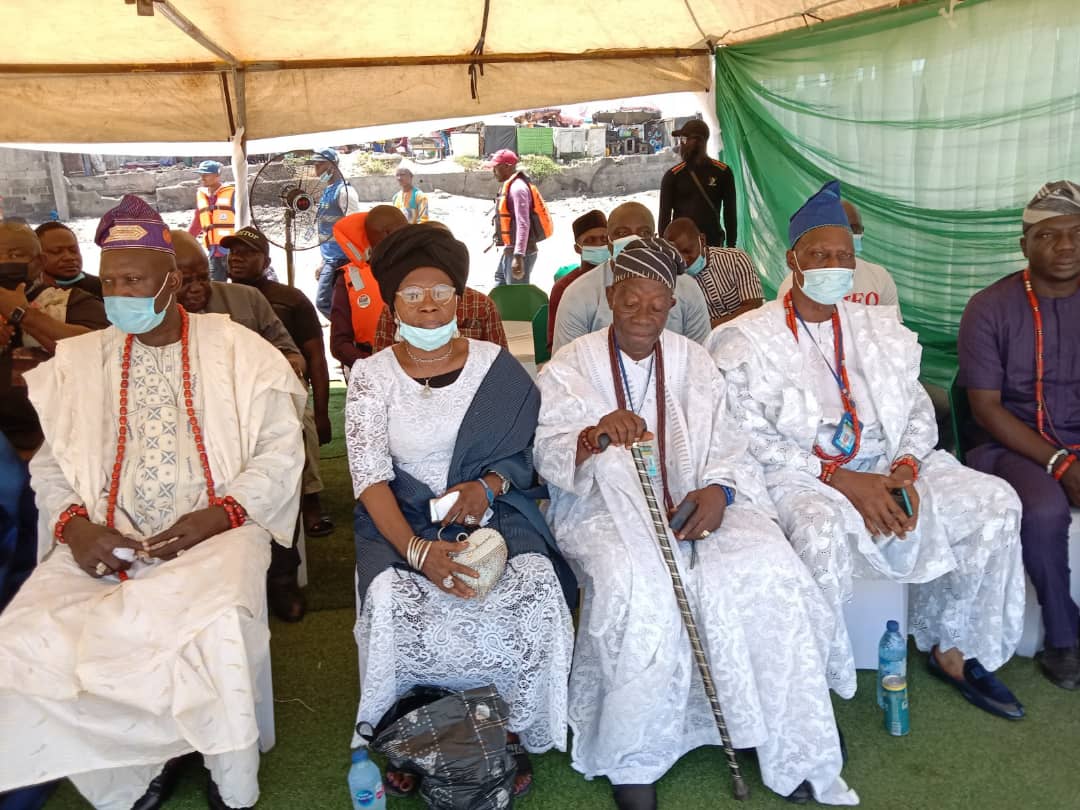 The two jetties which was commissioned and handover to NIWA was part of the Ecological Project Office intervention phase 1 for the siltation, flooding and pollution control including the jetty built at the Tin Can Island water channel along the Oshodi – Apapa expressway.

In her welcome address the Permanent Secretary of the Ecological Project Office, Dr. Habiba Lawal represented by Mr. Yusuf Addy said that the risk of shoreline erosion and its negative consequences necessitated the prompt intervention by the Federal Government in effecting a holistic approach to the control and flooding that would stand the test of time and address the issue of shoreline erosion menace caused by high ocean current/tidal waves over the years. He expressed the conviction that they will provide succour to the communities whose lives and properties were in danger.

The representative of the contractor who handled the project also said that the scope of the ecological challenges taken care of by them include, removal of floating marine litters, dredging of the ferry channels of accumulated fine sediments from the bottom beds, provision of the solid waste collector to the jetty’s terminal among others.

He noted that this project was part of the many yearnings and requests by the citizens of Lagos were about six million commuters transit from the Lagos mainland to the Lagos Island daily and that this takes an average of three hours travel time. Whereas, Ferry transportation through the Inland Waterways will only take about 30 minutes for same journey and that this means of transportation can equally take over two million commuters from the Lagos road traffic gridlock.

He said that NIWA takes the CMS-Mile 2 route as the busiest route of ferry services, but that high pollution rate, flooding along the channel banks as well as siltation along the ferry channel cause impediments, hence this project.

On his part the Managing Director of NIWA, Dr. George Muoghalu reiterated that though the project may have been taken over by NIWA, but that the local community is the beneficiary. He admonished the community to see the project as their project, protect and secure it for their own benefit.

Moghalu inform that , the Federal government has shown concern by deciding to finance projects such as this and others being carried out across the country and thanked everyone connected to the project including the youths who gave their support for the project to come to fruition.

The representative of the Lagos state government, Engr. Gabriel Adegbite stated that Waterways transportation is a project that is dear to the Governor of Lagos State and therefore he said that the Lagos state government wants to work with NIWA and the Federal Government as he urged that they should provide the master plan of all the projects along the Waterways so that all areas of cooperation could be fully explore.