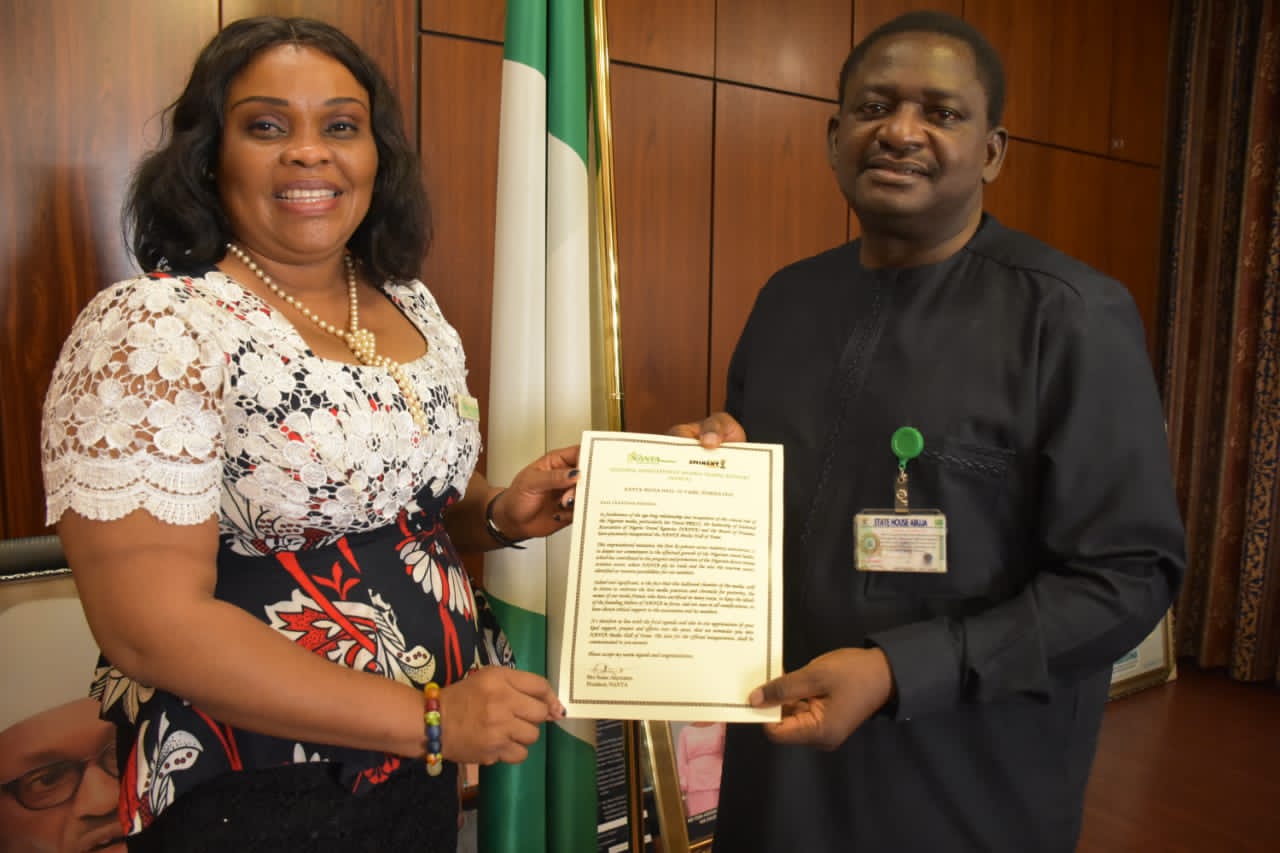 While Adeshina will be inducted into the NANTA Media Hall of Fame, Ado Yahuza, will be honoured with an “Examplary Public Administrator to Watch” award. About other ten top Nigerian industry players and Corporate organizations, will be on the roll call during the NANTA EMINENT AWARD night, which is in its second edition and remains the most influential and reputable private sector diadem, which carefully x-rays the role and achievements of operators, driving excellence and competence.

At the official presentation of the nomination certificate to Adeshina on Thursday in Abuja, NANTA President, Mrs Susan Akporiaye, explained that the newly introduced NANTA Media Hall of Fame, was a carefully thought out platform to record for posterity, the contributions of media professionals in Nigeria who supported the association and the corporate ideals which it stands for. Nothing that Mr Adeshina as a former Editor and President’s spokesman,has impacted positively on the affairs and growth of NANTA, and so deserves to be inducted into the Association’s Media Hall of Fame.

On the choice of Ado Yahuza, DG National Institute for Cultural Orientation (NICO), as NANTA awardee for “Examplary Public Administrator to Watch,” Mrs Akporiaye, stated that the comrade Chief Executive of NICO has brought the importance and desirability of Nigerian diverse cultural tourism attributes to the public domain, opening new vistas of opportunities for Nigerians, particularly the young persons whose knowledge of the Nigerian history and culture, have been ambushed by the invasion of strange foreign cultures and habits.

Mrs Akporiaye, further explained that the enigmatic boss of NICO, has shown pragmatic abilities and has through his practical Cultural Orientation evangelism, buzzed up the industry from slumber.

Responding to their individual nominations, Mr Femi Adeshina, disclosed his pleasant shock and surprise at his nomination to NANTA Media Hall of Fame, promising to remain steadfast and committed to the best media practices, adding that NANTA has shown examplary leadership which is worthy of emulation by Nigeria trade bodies and associations.

Ado Yahuza, catching his breathe, at the surprise nomination by the association believes culture has the capacity to unite Nigerians and promised to continue in his reform activities without let or hinderance.

NANTA Eminent Persons Award, was introduced about four years ago and couldn’t hold last year due to the Covid 19 pandemic, which impacted negatively on global travel, almost grounding transportation, tourism, and the hospitality sectors.