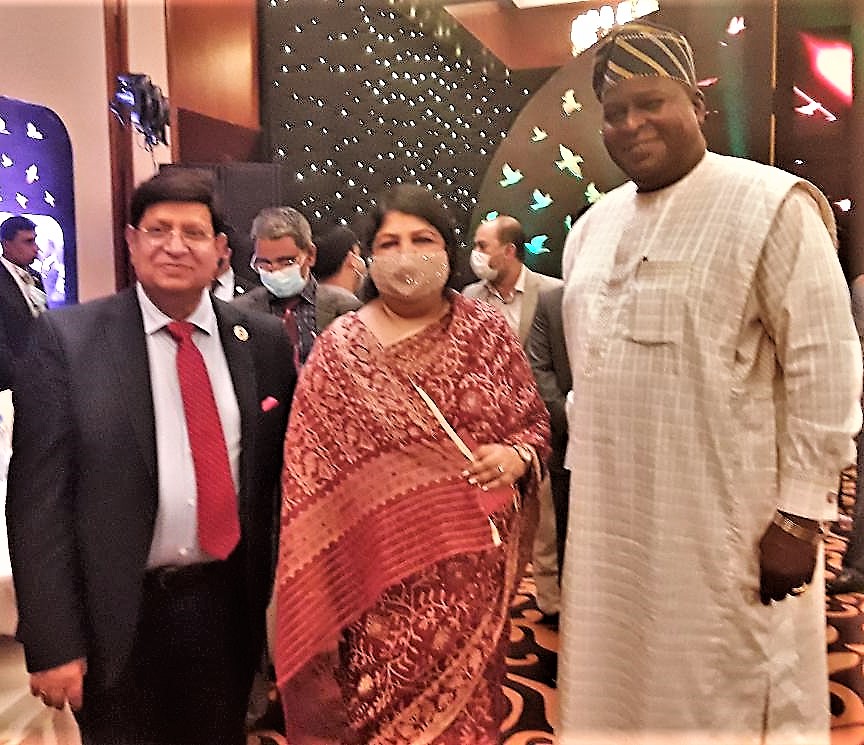 Worried by the rise in local and global strifes and conflicts, occasioned by socio -economic and political exclusion, President, World Craft Council (WCC), Otunba Segun Runsewe says time has come to focus attention on Culture and Religious heritage as drivers of peace.

Otunba Runsewe said “We must revisit culture as a veritable tool of ensuring the unity, peace and development of the society, hence every government and nation must strive towards the preservation of their heritage as means of collective identity” he explained.

Speaking as a special guest at the World Peace Conference, hosted by People’s Republic of Bangladesh, Otunba Segun Runsewe,who is also the Director General of National Council for Arts and Culture (NCAC) told the gathering of eminent political and business moguls from all over the world that culture apart from religion is a potent weapon in engendering peace and unity.

The event was also used to showcase the impact of Nigeria’s iconic cultural festival, National Festival of Arts and Culture (NAFEST). Runsewe disclosed that the yearly celebration of the festival in Nigeria has sustained the unification of the Nigerian people despite the huge diversities, noting that the festival helps to celebrate what unifies Nigerians and not what divides them.

He recommended the NAFEST Cultural tourism model to the World Peace conference delegates. “It is known locally as our Unity forum and through the platform, Nigerians from all ethnic backgrounds interact, exchange different cultural manifestations and build bridges of unity and friendship across ethnic nationalities”

Appreciating the government of the People’s Republic of Bangladesh for the opportunity to share insights and also provide solutions to the epidemic of global developmental dislocations, injurious to peaceful coexistence among nations and peoples. The NCAC boss, added that respect and concern for the weak and less privilege, could help descalate conflicts driven by socio-economic and political exclusion.

Taking the global peace seeking audience through interactive voyage on inter Faith Dialogue, Culture and Heritage, the celebral Nigerian culture icon, warns that the slide to religious intolerance fuels bigotry, fanaticism, indoctrination and factionalism, with tension, conflict and outright violence as seed of discord, not peace. Calling on world leaders and men of all faith, to see God in the best of humanity.

” While we may not all necessary share or believe similar religious views with others, tolerance of other people’s religion requires that we appreciate the fact that others are entitled to their religious beliefs and practices, and have the right to practice their religion without let or hindrance”, adding that religious conflicts are usually driven by lack of understanding of the meaning and purpose of religion.

” Religion if positively deployed can also be a veritable tool for fostering national and international development, peace, understanding, and cooperation and for driving the process of development and if wrongly deployed, could become a liability” he noted to a rousing applause from the audience.

“Peace is not only for a community or nation, it’s the primary goal of all nations of the world. A breach of peace in one nation or continent is a threat to the peace of the entire universe. The world is a global village and what happens in one part of the world, will also affect other parts of the world” Runsewe submits.