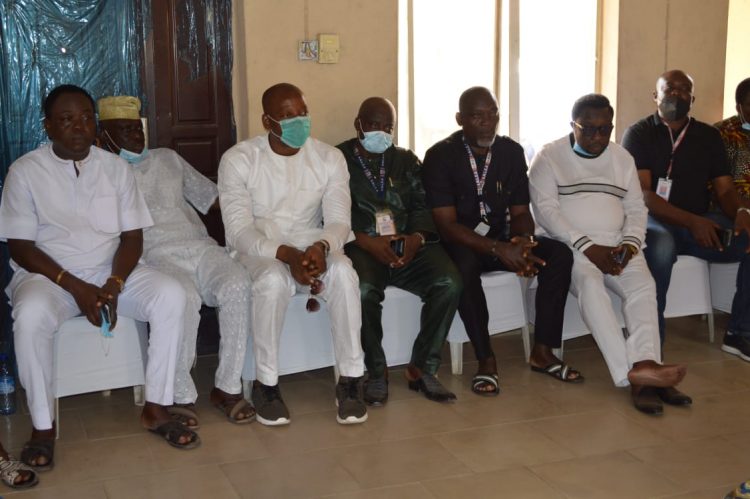 Despite threats and unnecessary court injunctions, the Association of Nigeria Licensed Customs Agents (ANLCA) Muritala Mohammed Airport Cargo Chapter has finally held it’s election to elect it’s Chapter Executives. The MMAC Chapter election has dragged on due to intrigues occasioned by court injunctions from the aggrieved parties in the association, though most of them have been expelled now for anti- association activities. 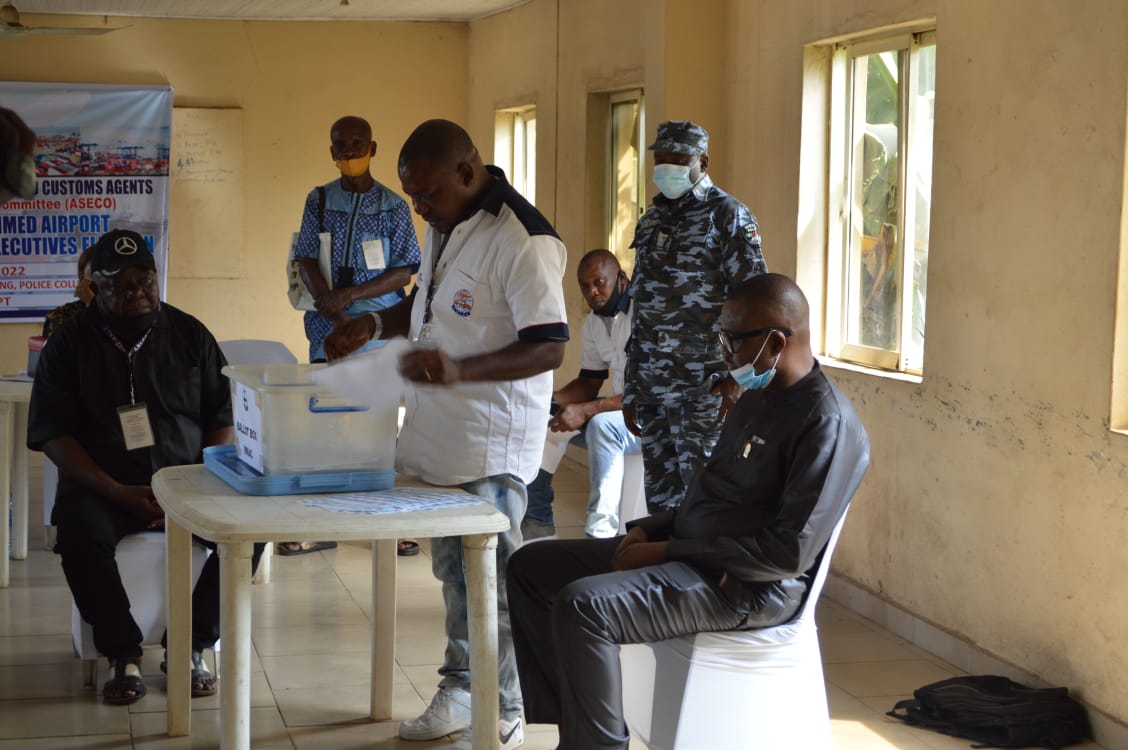 Congratulating the new Chairman and his executives, the Vice Chairman Board of Trustees ( BOT) ANLCA, Prince Ozo Chukwurah commended the entire members of the Airport Chapter on the peaceful conduct of the election and for unanimously accepting the new Chairman-elect, Prince Adewusi Abayomi.

Speaking at the election which took place during the weekend at Ikeja Police Training College, Chukwurah admitted that the election was heavily contested by big weights in the ANLCA Airport chapter.

The battle of the election which started three years back, finally brought to office Prince Adewusi with a large margin of 70 votes while his close rival , Bala Ashiru Balogun , had 49 votes.

The National Secretary of ANLCA, Alhaji Babatunde Abdulaziz Mukaila, while advising the newly elected executives, said the winner should not see it as winner takes it all, rather they have prosperity of ANLCA at heart.

According to Abdulazeez, “l am satisfied with the conduct of the election. For those that feel aggrieved, they should come to the National Secretariat for further explanation”.

In a chat with the media shortly after his victory, the newly elected ANLCA Airport chapter Chairman, Prince Adewusi Abayomi said “I dedicate my victory to God Almighty and to all the Chapter members, we are all one big family and my doors are open to all members. United we stand, but divided we fall.” While soliciting their supports , he urged the members to work together as he promised to deliver on all his campaign promises.

According to the Chairman of Association Electoral Committee (ASECO), Ejiagadike Anokwuru, he described the election as free and fair ” Election free and fair, no wayo, no jibiti, ASECO is indeed grateful to God Almighty. We give him all the glory .What God cannot do does not exist”.

With the conduct of the MMAC Chapter election, the Iju Tony Nwabunike led NECOM of ANLCA has successfully completed elections into the over 18 chapters of the association throughout the country.