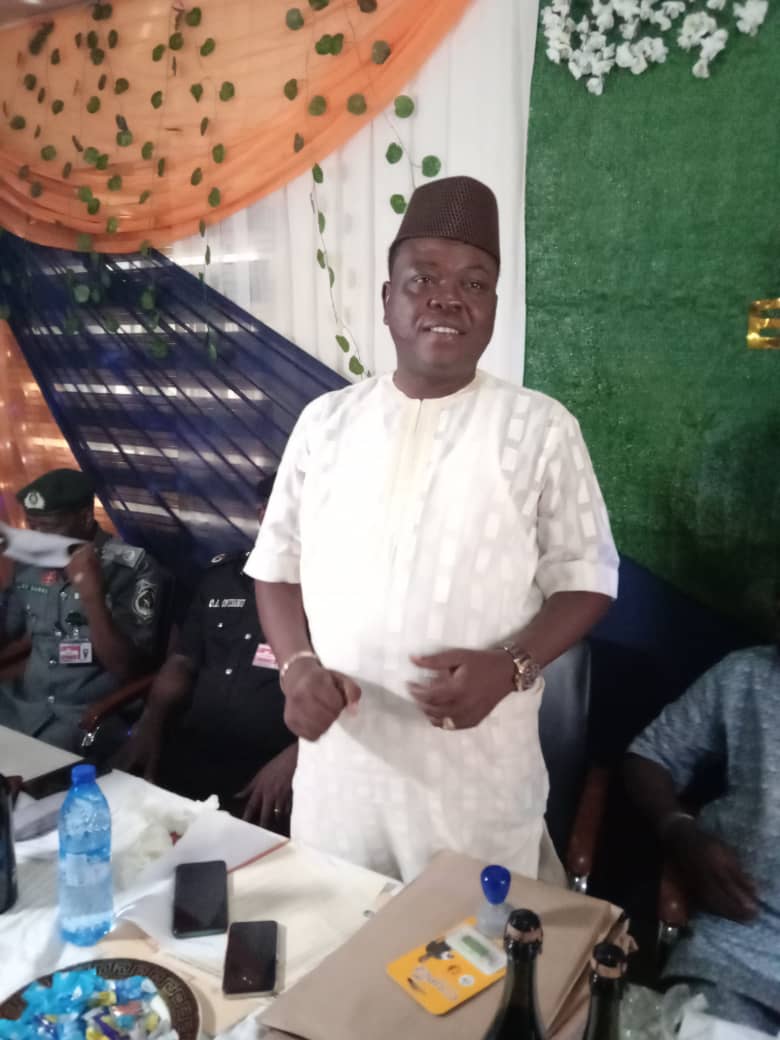 The newly elected Chairman of the Association of Nigeria Licensed Customs Agents (ANLCA), Muritala Mohammed Airport Cargo Chapter, Prince Bamigbala Adewusi has said that his first assignment is to reconcile with his colleagues who lost out of the election and bring everybody together, as the airport chapter is one big family. 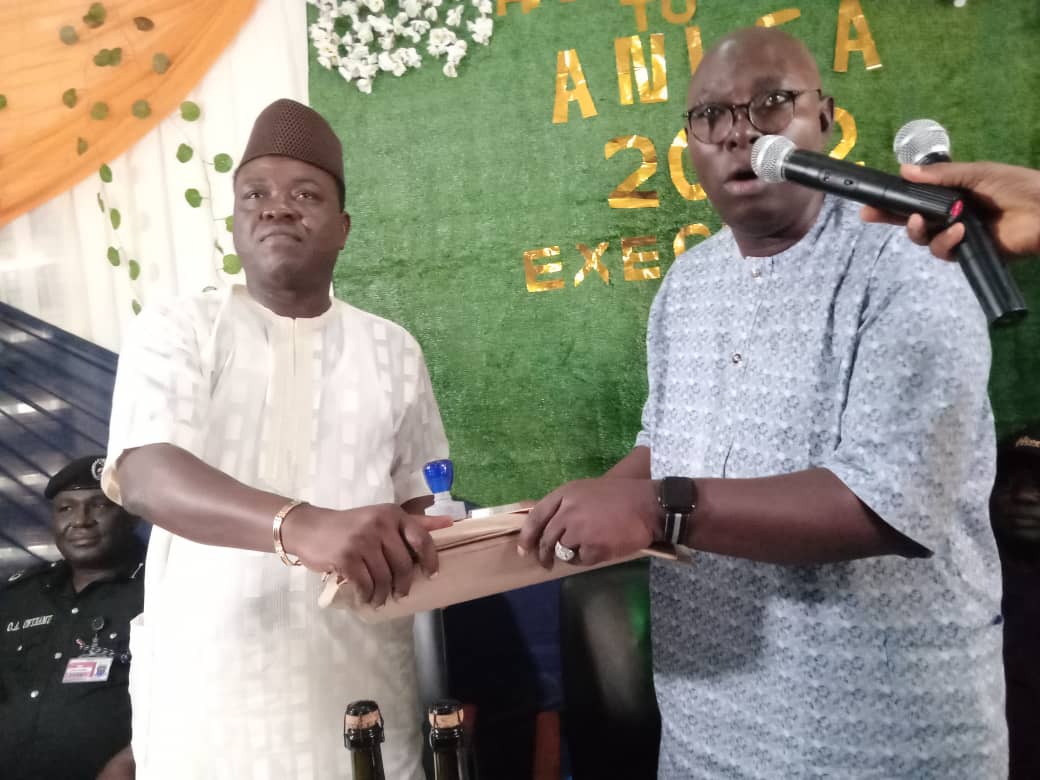 Handing over ceremony: (R) Immediate past Chairman of the MMAC Chapter of ANLCA, Kehinde Akintola Hakeem, handing over to the newly elected Chairman, Prince Bamigbala Adewusi at the MMAC ANLCA chapter Secretariat in Ikeja, Lagos State on Monday.

Adewusi disclosed this to newsmen on Monday during his official taking over of mantle of leadership as the ANLCA, Chairman MMAC Chapter at the airport chapter Secretariat of the association.
It could be recalled that the chapter successful conducted it’s election after over three years of lingering litigations and internal wrangling. 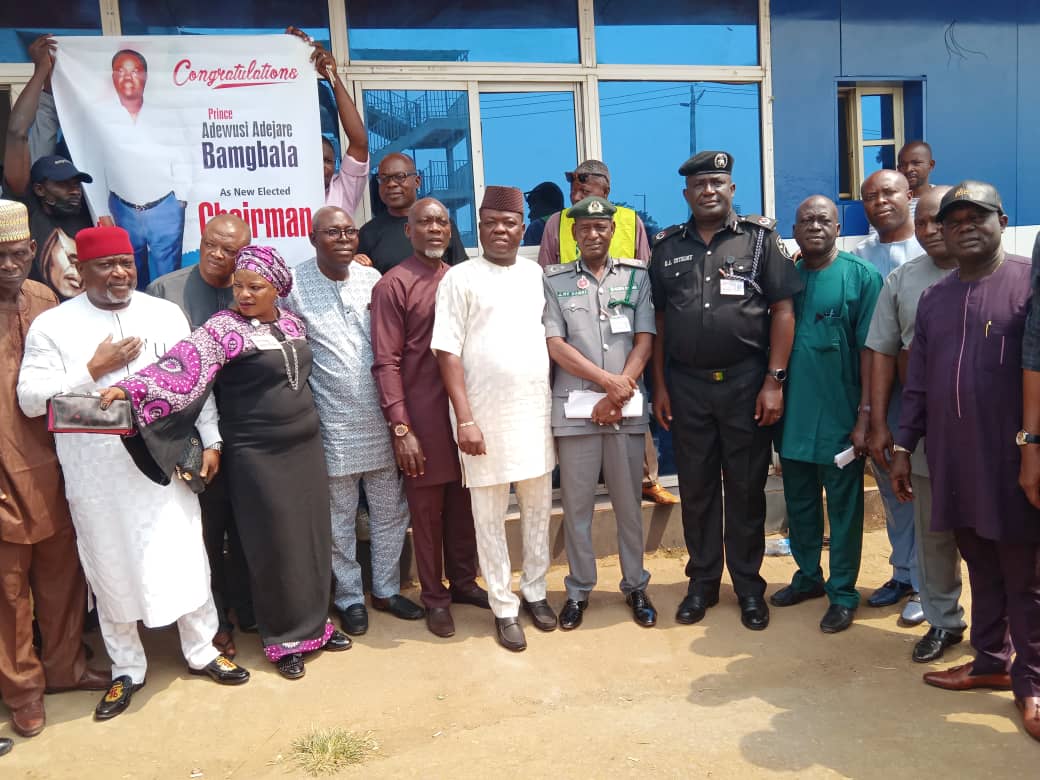 Group photograph by Prince Bamigbala Adewusi Chairman MMAC Chapter of ANLCA with stakeholders and his Executives at the handing over ceremony.

In a well attended handover ceremony which was attested to be the first and the best in the history of the Chapter. Stakeholders, including Nigeria Customs Service ( NCS), Nigerian Police, Federal Airport Authority of Nigeria ( FAAN) and other freight forwarding associations congratulated the interim leadership chaired by Kehinde Akintola Hakeem for making the Chapter peaceful and condusive for business as well as successfully completing the election process and handing over peacefully, a feat they say has never happened in the history of the chapter.

The elated Akintola further plead with all members to extend the same cooperation given to him and his team to the new elected executive , saying that they are all capable hands who he believes will continue the good work at the chapter.

Also adding his trust to the new team, Chief Aloy Igwe a former Chairman of the chapter who has also been instrumental to the success of the election in was confident that the new team will not fail the association, while also aking them to reconcile and bring all aggrieved parties as a result of the election back to the big family which the airport chapter of ANLCA is known for.

In his acceptance speech, the chairman, Prince Adewusi Bamigbala said “Leadership is all about sharing visions and responsibilities and we are fully aware that there is need for us all to come together to confront the common challenges facing our profession. Therefore I call on all members with special appeal to those on the opposition camps before the election to bury the hatchet and let us work together as one big family”.

In accordance with the ANLCA amended new constitution 2021, the newly elected executive have a single tenure of four years.