ANLCA WESTERN ZONE SETS TO REPOSITIONED ITS MEMBERS FOR EFFECTIVENESS 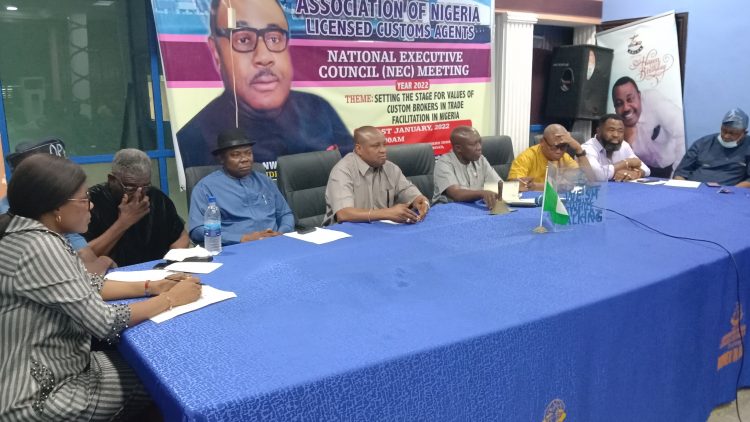 The newly appointed Western Zone executives of the Association of Nigeria Licensed Customs Agents (ANLCA) on Tuesday held it’s inuagural meeting with all the chapter chairmen in the zone at the association’s National secretariat in Lagos state. 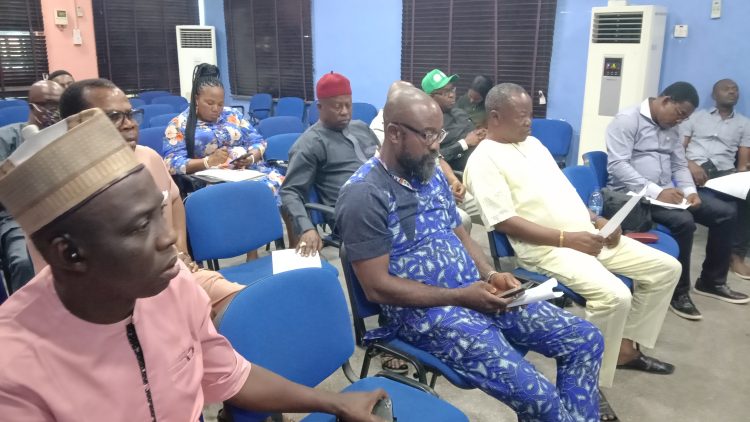 It could be recalled that the National President of ANLCA, Tony Nwabunike has recently appointment Alhaji Femi Anifowoshe and Mazi Ibekwe as the new Western Zone Coordinator and Secretary of the association respectively.

Addressing the association members, the Western Zone Coordinator, Femi Anifowoshe seeks to know from the chapter chairmen of their challenges and how to address them. He said that the main thrust of the meeting was an attempt towards reconciling the various factions in each chapter with the Tin Can Island chapter obviously being the one with the most serious issue and needing the most attention. He said that the factionalisation of the chapters has resulted in the men of the Nigeria Customs Service exploiting the rifts to their advantage
The various chapter chairmen from Apapa, Tin Can Island, PTML, KLT and Seme border who attended the meeting enumerated the difficult and embarrassing situations that they have been facing while tackling issues that are of interest to members of the association. They however expressed their confidence in the ability of the newly inaugurated Western Zone executive to address the issues.

The PTML chapter chairman, Otunba Sunday Oyebola reminded the gathering that the illegal tenure of the so called factional chairmen has actually elapsed since the 28th of January and that immediate attempt should be made to recover all the association’s properties presently in the hands of the ‘impostors’ as he also expressed his satisfaction that the National Executive Committee has now shown to be taking the bull by the horn.

On his part the chapter chairman of the Seme border Customs Command, Mr. Sule Onyekachi said that he and his men are ready to take -over their office and other properties at Seme by Wednesday and so need the cooperation of the President, the compliance committee, the police and all the zonal chapter executive members for the action.

Also speaking, National Secretary of the association, Alhaji Abdulazeez Babatunde Mukaila went down memory lane to detail the cause of the wranglings in the association, the various peaceful attempts that the President, Hon. Iju Tony Nwabunike has made to resolve the issues, the recent encounter where Mr. Taye Oyeniyi was said to have made some demands on behalf of the expelled and aggrieved members through a letter a peaceful settlement, the demands were generally termed ‘ludicrous’, as the the secretary also detailed the NECOM’s answer to their demands.

The chairmen jointly demanded that letters should be written to intimate the various stakeholders about the realities of the situation so that the chapter chairmen will have the moral latitude to recover all the properties at the possession of the factional chairmen.

The coordinator, Mr. Anifowoshe said that letters will be written to the Zonal Coordinator of the Nigeria Customs Service to intimate her of their intention to recover all the Association’s properties and with the cooperation of the Compliance Team and all chapter executive members and other members, they will match on to take possession of the Association’s properties.

The Coordinator of ANLCA’s Compliance Team, Alhaji Lameen Aliyu said that they are very much available to help the western zone and chapter chairmen in their quest to fully recover the Association’s properties, he appealed to members to cooperate with the team in their mandate to bring about sanity in the operation of the Customs Brokerage and freight forwarding functions so that the toga of touts and criminals labelled on members will be permanently removed as they do their jobs professionally.

In a separate press release on the matter of cooperation on issues of Compliance by the President of the association, Hon. Tony Iju Nwabunike said that “The current leadership of ANLCA believes strongly in the unity of purpose in moving the Customs Brokerage / freight forwarding sub-sector forward for the greater good of all members. As such, ANLCA is working tirelessly to promote synergy among all Customs Brokers & freight forwarders in the industry”.

The statement reads in part “For us as Customs Brokers / freight forwarders to achieve tangible growth in the sector we invest so much in, we must speak with one voice”.

“This is the time to work as one big family to achieve our common goal of repositioning the sector in line with ease of doing business formulated by the Federal Government of Nigeria. ANLCA’s Compliance team will work hand-in-hand with NAGAFF or any other Association’s Compliance committee to check bottle-necks and excesses of agencies impeding trade in the industry”.