Customs Brokers set to Indemnify Themselves against Offensive Imports

… As NGO drags NCS to Court 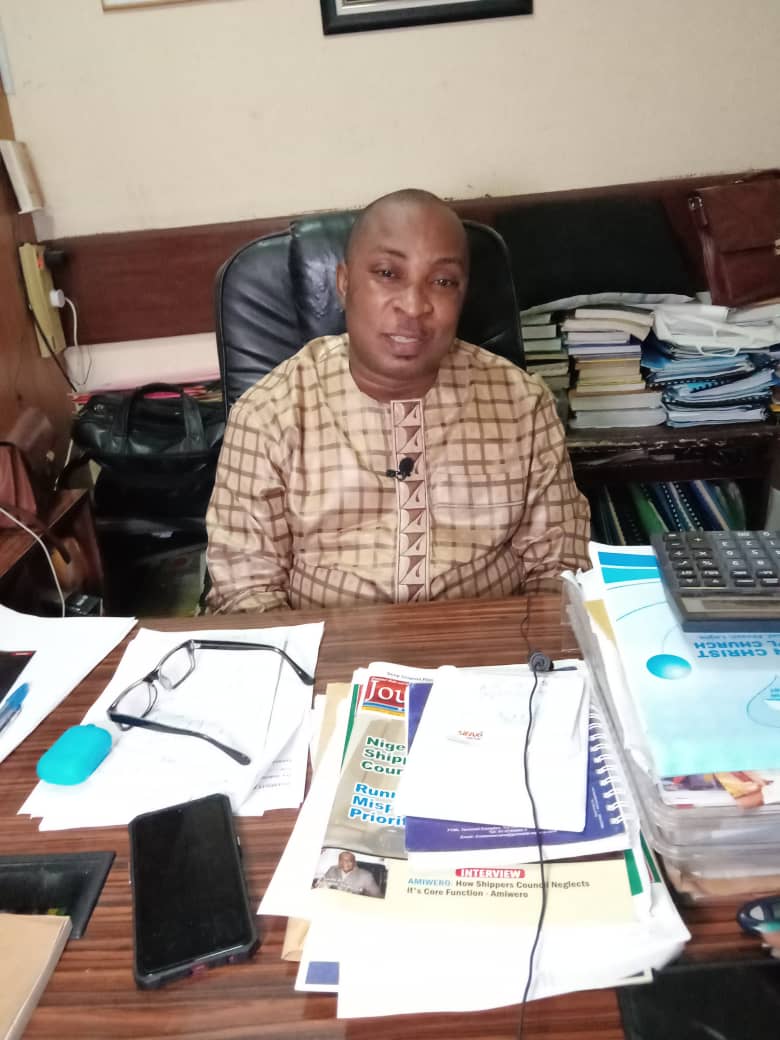 Due to the rampant importation of illicit drugs and other prohibited items into the country, Customs Brokers and freight forwarders are set to protect and defend themselves against such importation when the need arises. 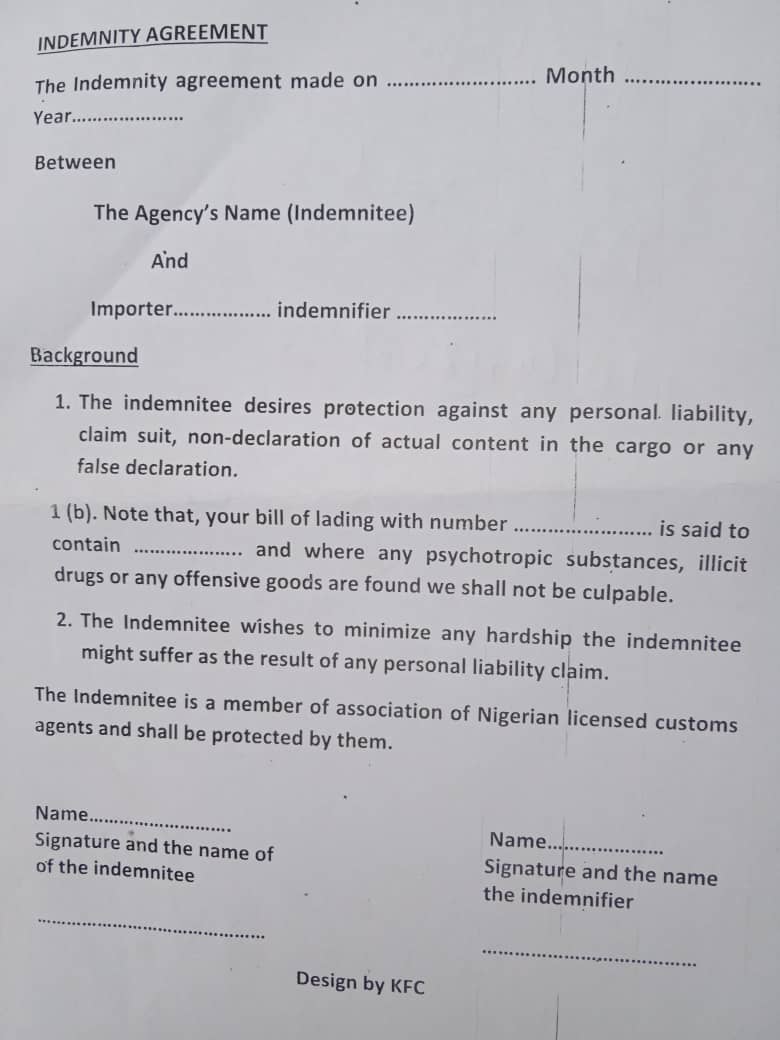 Vice President of Association of Nigeria Licensed Customs Agents (ANLCA), Dr Kayode Farinto told newsmen on Friday that it has become necessary for Customs Agents to protect themselves by mandating their Importers to fill an Indeminity form confirming the true content of the goods before shipment to the country. This he said will protect the Agent when anything goes wrong with the importation.

According to Farinto, ” our members should start giving Indeminity for clearance of cargoes. We discover that the rate of importation of psytropic substances and illicit drugs is increasing in our seaports in the last 24 months and Agents are the first suspects being arrested. So to absolve ourselves of any blame and to be on the safer side, we can even be on the side of Government as witnesses . Am proposing an Indeminity Form for Importers and Agents , so when there are issues like this for genuine freight forwarders and Customs Brokers who are not partakers of clearance of illicit drugs and small arms and ammunition in our seaports, they will be protected”.

Farinto said the Indeminity Form will be notarized in the court to become a legal document and every agent is expected to signed with his Importer to free himself from any wrong doing in any importation.

” Have advise our members in various fora , that we need to go extra mile to protect ourselves and our Agencies. So in view of that, have come up with an Indeminity Form . Is going to be an Indeminity agreement between the agency (Indemnitee) and the Importer ( Indemnified)”.

The form reads in parts “the Indemnitee desires protection against any personal liability, claim suit, non-declearation of actual content in the cargo or any false declaration.

“The Indemnitee wishes to minimize any hardship the Indemnitee might suffer as a result of any personal liability claim. The Indemnitee is a member of Association of Nigeria Licensed Customs Agents and shall be protected by them.”

The ANLCA chieftain said it is in the best interest of any Frieght Forwarder or Customs Broker to Indemitify his/ herself from the risk of being arrested or face prosecution for what he/ she did not know.

Speaking also on the difficulties experienced by freight forwarders in accessing the Vehicle Registration (VREG) policy as introduced by the Federal government as requirement for clearance of vehicles in our seaports. Farinto said he has received various complains from his members about delays which has resulted in huge demurrage for Customs Brokers.

“I have received so many complains and have done my personal investigation in our seaports and have discovered a lot of things that I need you to know”.

He said uploading the VREG from Customs portal , you need to pay some amount raging from N4,000 to any amount , which is different from the actual duty of the vehicle, saying this is another extortion in the port system and is adding up to the already high cost of living for Nigerians.

Meanwhile, the Nigeria Customs Service (NCS) has been dragged to a Lagos High court by an NGO praying for the Court to rule if the NCS has the powers to release goods from the ports and also arrest same cargoes along the road. If the NCS has the powers to jack- up duties (PAAR) without taking into consideration the value and quantity of the goods among other prayers. The case comes up on the 8th of Febuary 2022.