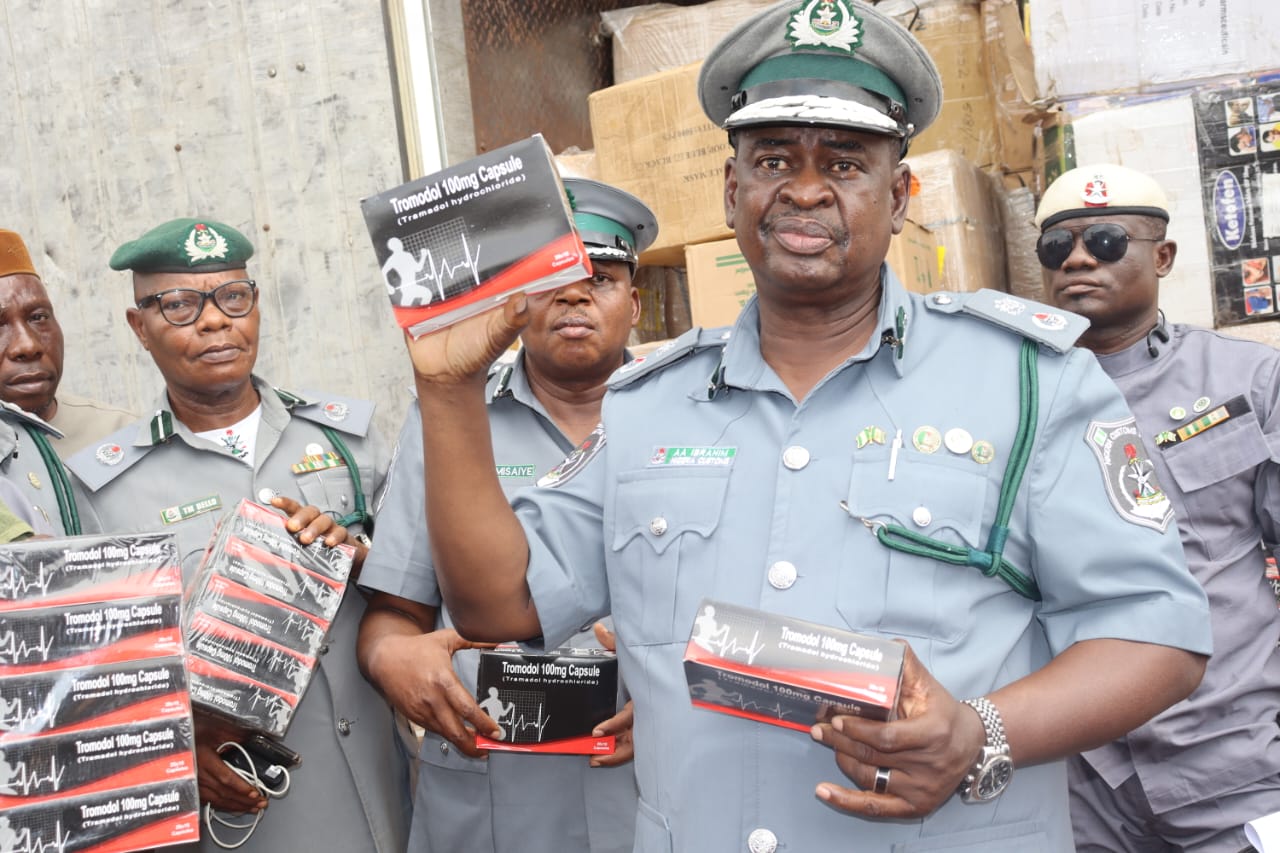 The Nigeria Customs Service, Federal Operations Unit, (FOU), Zone ‘C’ with headquarters in Owerri Imo State has intercepted unregistered pharmacuetical products including tramadol as well as other contraband goods with a total Duty Paid Value of N529,056,456 between January 1st and February 28th, 2022. The Controller of the Unit, Comptroller Ali Ibrahim said this while showcasing the seized items in Owerri on recently. 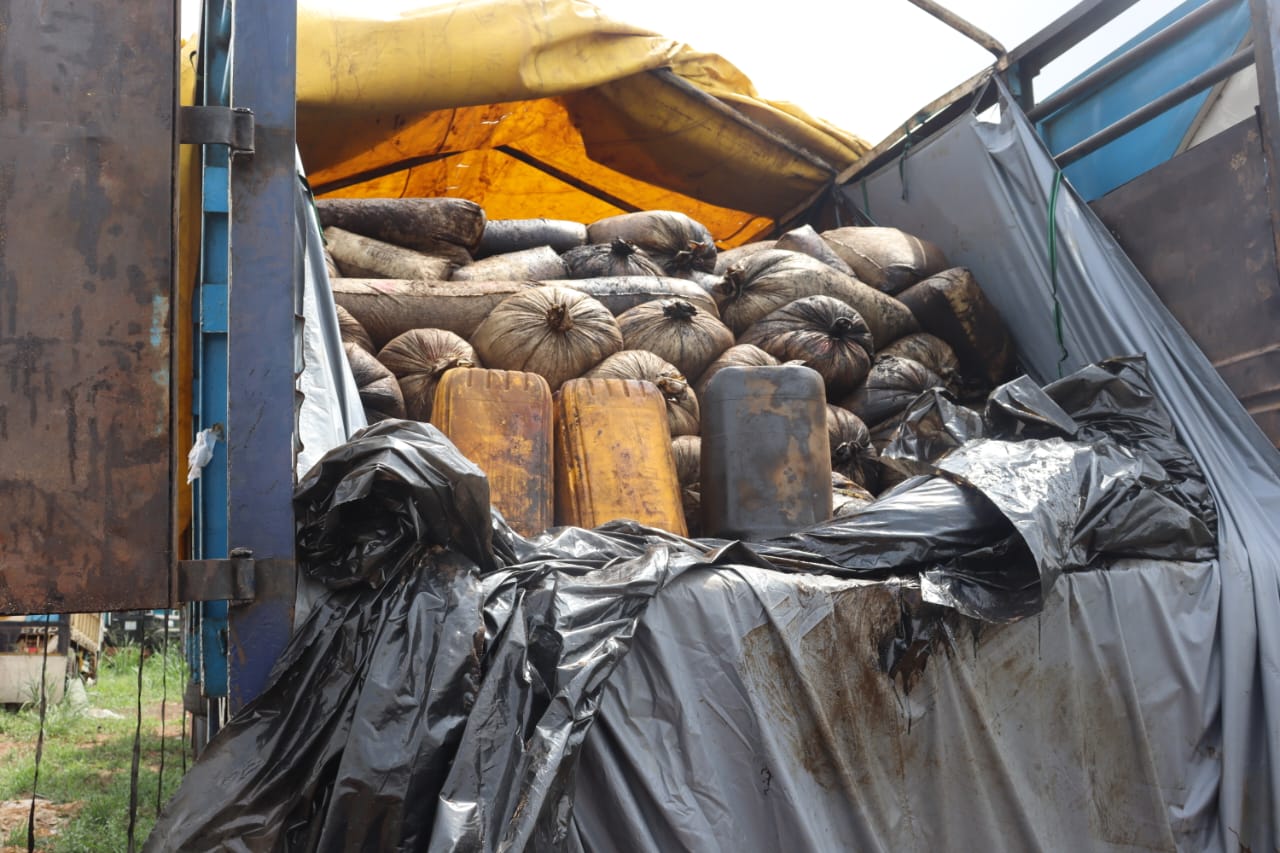 Ibrahim added that six suspects were arrested during the period under review adding that they had been granted administrative bail. He also said that 640 cartons of unregistered pharmaceuticals worth N192 million, conveyed in a DAF heavy duty truck and one J5 transit bus were intercepted along the Okada/Benin axis. 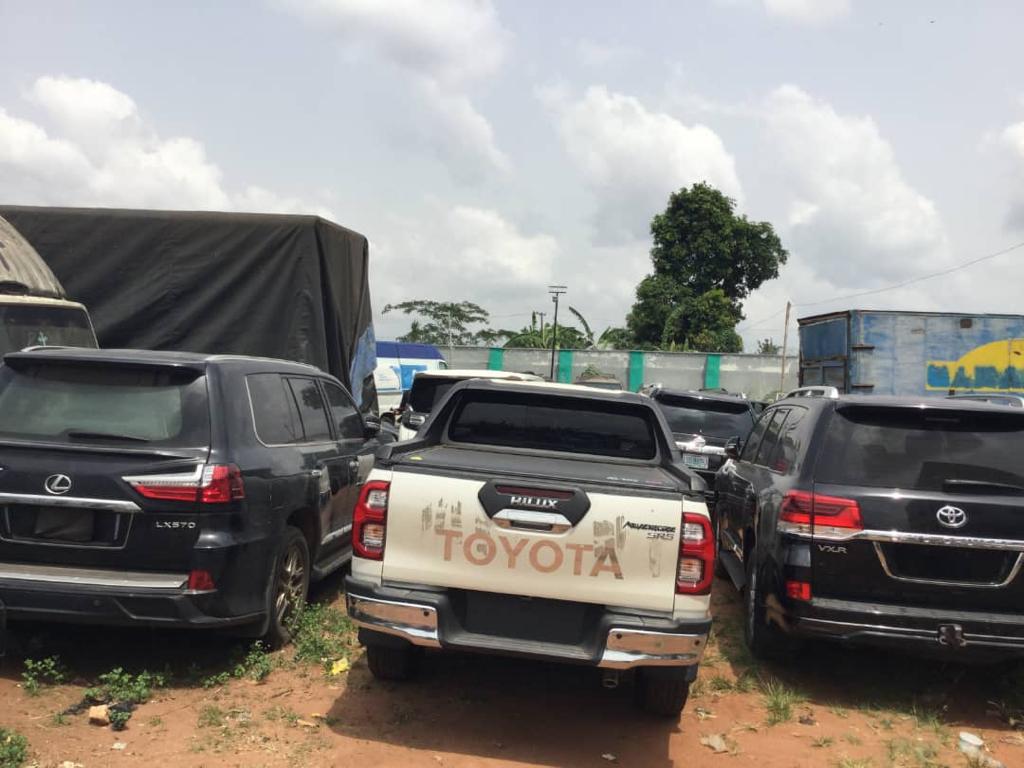 Also intercepted were 2,239 pieces of used pneumatic tyres valued at N4.5 million and 36,000 litres of smuggled petroluem products concealed in polyethylene bags, worth N3.6 million.
Others are eight exotic vehicles without relevant Customs documents including three Toyota Hilux of 2017, 2020 and 2021 models; one Land Cruiser Prado 2016 model ; one Toyota Highlander 2014 and one Toyota Venza 2016 model among others.

Comptroller Ali Ibrahim, however thanked the Comptroller-General of Customs, Col. Hameed Ali (Rtd) and his management team for their unwavering support and motivation, while commiserating with families and loved ones of four officers who died while on duty.

According to him, the Service is synergising with other security agencies to ensure continued safety of its Officers and Men. ” We thank the management of the Nigeria Customs Service led by our Comptroller-General without whom these note worthy achievements would not have been possible.

” I also commend our Officers and Men for their patriotic commitment to duty even in the face of unprovoked attacks,and sympathize with families and loved ones of our officers who paid the supreme price ; may their souls Rest in Peace.

” Similarly, I urge all economic saboteurs to turn a new leaf from their illegal business, as we are more resolute to ensure untiring implementation of Government’s fiscal policy within our areas of coverage without any deterrence”, he said.

He however called on traditional and religious leaders as well as other well-meaning Nigerians to advise their followers to desist from attacking security personnel, in the interest of peace and progress.