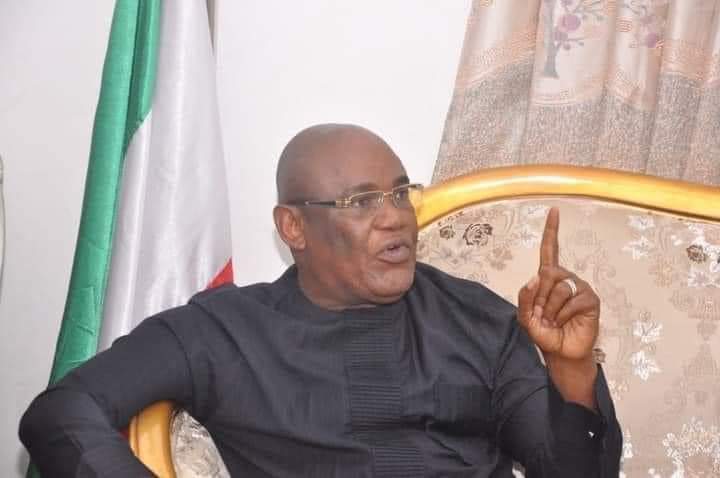 Ephraim Inyang who was formerly the state Commissioner for Works and later Chief of Staff to the Governor was recently sacked by Governor Udom Emmanuel from his cabinet.
Inyang- Eyen said the preference of Pastor Umo Eno by Governor Udom Emmanuel and some stakeholders of the People’s Democratic Party (PDP) for the 2023 Governorship in Akwa Ibom State is politically insensitive and incorrect.

According to the former Commissioner for Works and Chief of Staff to Governor Udom Emmanuel, chosing Umo Eno clearly offends the 2014 political accord that was factored for the stepping down of Obong Bassey Albert for Udom Emmanuel to successfully emerge in 2015.

Hear him: “I was at the meeting where Bassey Albert was asked to be patient that when the governorship position rotates back to Uyo Senatorial District, he would be given the first right of refusal.”

He said also that Senator Bassey Albert stood solidly against all odds by Governor Udom Emmanuel and the PDP during the political implosion of 2019 where two senators and other stakeholders defected from PDP to the All Progressives Congress (APC).

“In 2019, what endeared Bassey Albert to my heart was that our two other senators left and Bassey was given mouthwatering offers to join suit but he refused and defended the PDP mandate in Akwa Ibom.

“What else do you want me to say than that a man who had that integrity, the sincerity of purpose, the honesty to stand with his home in the face of danger is not a man who should be sacrificed.”

He further said that who the succession agenda of Governor Udom Emmanuel – led administration has thrown up does not meet up with the expected reward system.

“Why is it in our system to reward those who don’t work and those who work are not rewarded? The present succession agenda has come, why is there no reward system?

Reiterating his stance for justice, fairness and equity, Inyang-eyen said he is not aware of “the norms and intricacies of how this system runs.”

“For me, I stand by the truth and stand by justice. It may not look good to people but what is good for the goose is also good for the gander. We shouldn’t ask for justice when we don’t practise one.

“I stand with Bassey Albert in the physical realm for a payback time for him in this season and most importantly God has told me in my open vision and through other men of God I pray with that Bassey Albert is the anointed and my job is to obey God,” he added.