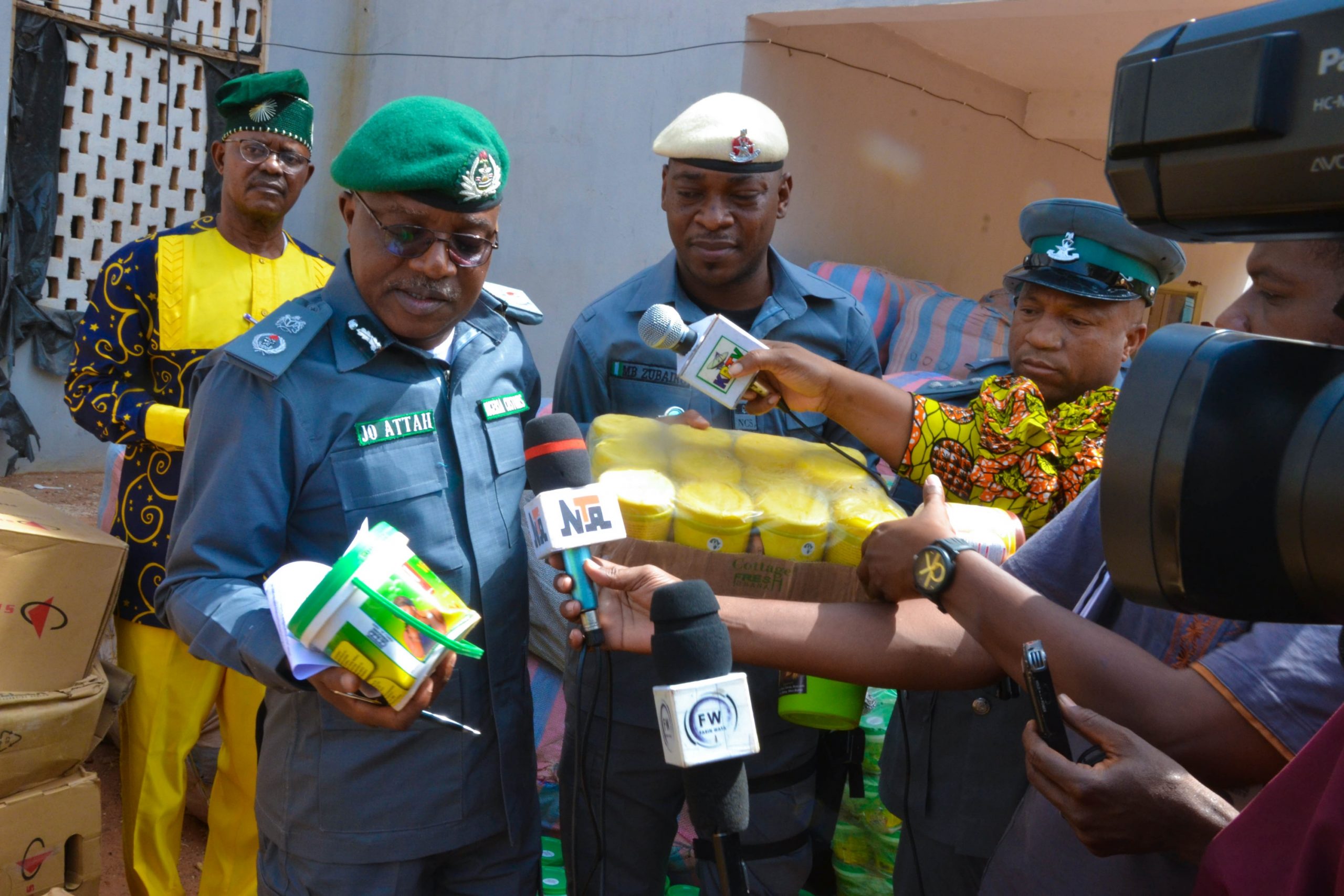 The Kebbi Customs Command of the NCS has recorded 32 seizures of various contraband items worth N87, 707, 985 in the month of March 2022.

The feat according to the Customs Area Controller of the Command, Comptroller Joseph Attah was achieve due to the renewed and sustained clampdown on smuggling activities in the Command.

The seized items includes 579 jerricans, equivalent to 14,475 litres of Premium Motor Spirit (PMS), 45 bales of second hand clothes, 45 bags of foreign parboiled rice of 50KG each, 320 sacks of scrap metals, two (Daf) trucks used as means of conveyance and one used Ford Edge vehicle; among others. The Duty Paid value of the items stands at N87,707,985.

Comptroller Attah during the media chat with journalists at the command said
” In line with extant laws, most of the inflammable products have been auctioned to government agencies, with the amount generated as fees remitted to government coffers. What you are seeing now is part of it which will also be auctioned immediately after this briefing.

“Worthy of note is the fact that petrol smuggling through the command has continued to be on the decrease in the face of sustained offensive against the illicit trade.Those who thought they can use motorcycles to ferry jerricans of PMS through bush paths are counting their losses going by the activities of the Command’s anti bunkering team.

“The profit motive that drives smuggling is being scuttled. It is therefore reasonable for such people to embrace legitimate means of livelihood.
These seizures should send a clear message that smuggling is no longer profitable.

“We have demonstrated that we are capable as we have been empowered with all the necessary logistics and moral support by the Comptroller General of Customs, Col. Hameed Ibrahim Ali (Rtd) and members of his management. All we need from the general public is to support us with useful information as to the clandestine movement of smugglers. Together we can defeat these enemies of State,” Comptroller Attah assured.