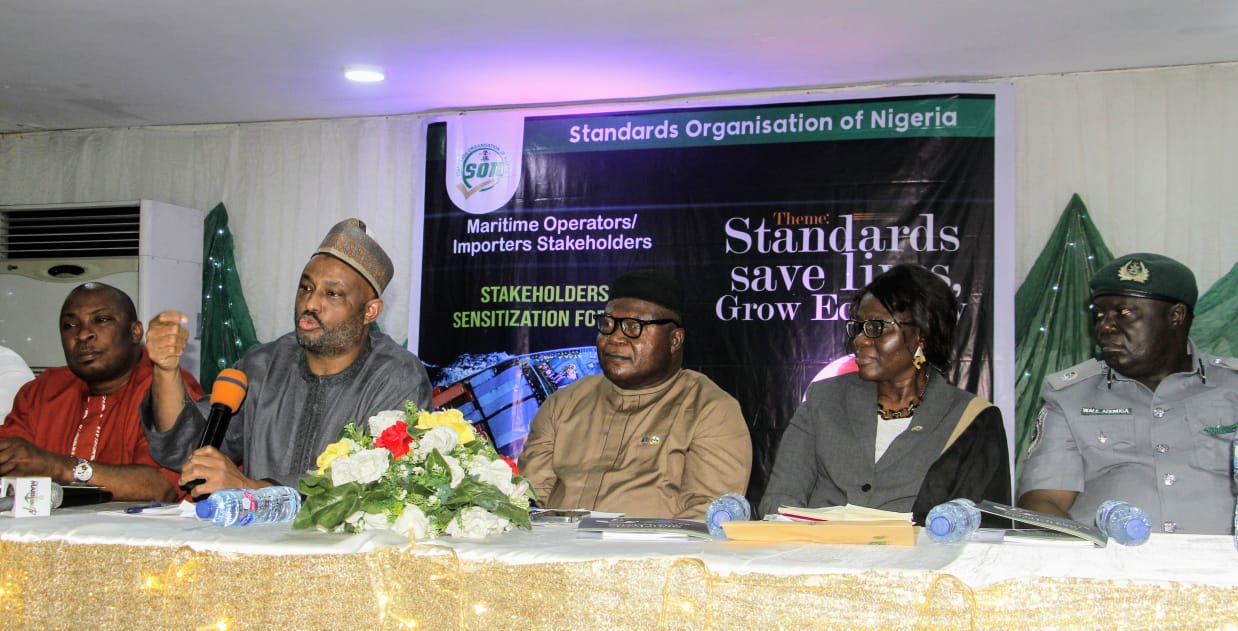 The Standards Organisation of Nigeria (SON) has charged Nigerian importers to shift their focus away from importation and but to invest into manufacturing in the country , noting that is one of the surest ways to contribute their quota to economic development.

Indeed, the standards body stated that the move would help the nation save its hard earned foreign exchange, while also creating job opportunities for the country’s teeming unemployed youths.

The SON boss had also lamented over the continuous influx of fake and substandard goods into the country, saying the country cannot survive if the menace continues.

“If we continue to bring in substandard goods into the country, our local factories would be destroyed gradually leading to more loss of jobs in the country,”.

Salim said there is need for importers to complement the efforts of the Federal government to addressing the unemployment situation, advising that investing into local production would go a long way to help Nigeria create lots of wealth, while also solving its high unemployment rate currently at double digits.

Also speaking, the Acting National president, Association of Nigerian Licensed Customs Agents (ANLCA), Dr Kayode Farinto, said if Nigeria must achieve ease of doing business, freight forwarders, licensed customs brokers and other stakeholders must not be involved in dishonest declarations , such as concealments , inaccurate description of imports and exports in order to circumvent the procedures, which are all impediments to achieving ease of doing business.

“We cannot afford to jettison standard best practice and enforcement of quality imports, because we need to facilitate ease of doing business in our country,” Farinto said.

He noted that the objective behind SONCAP is to help ensure that products imported into Nigeria meets minimum safety requirements, stressing that this would help ensure that Nigerian consumers are not exposed to potentially unsafe and sub-standard goods.

“However, we all have role to play, that is to ensure that we do not facilitate, the clearance of such injurious cargoes. Sub-standard goods are goods deviating from or falling short of a standard or norm,” he added.

He stated that the decision by the Federal government to vacate SON from the nation’s seaports has led to an increase in the imports of sub-standard goods, warning that the effort of some nonconformist has shown that there is need to get SON back at the seaports.

“Frankly speaking, if this trend is not arrested urgently by providing solution, then it may affect our economy and dwindle our income drastically. The absence of SON as a regulatory agency in the ports encourages importation and smuggling of these substandard products into the country,” Farinto lamented.

“I advise that as a professional customs broker, we should at all times comply to ensure that we achieve zero substandard goods in our country”.

The ANLCA chieftain, however urged the SON to desist from intercepting cargoes in a commando style along the highways , which he said is rampant, advising the standards body to join hands, collaborate to have sanity in the nation’s ports operations, preach compliance and speak compliance, if it eventually gets back to the seaports.