For the National Assembly, Maritime stakeholders and the Oro Nation, their hope of the over 40 years old Maritime Academy of Nigeria (MAN), Oron becoming a University or degree awarding might have been dash as the Interim  Management Committee (IMC) of the institution, chaired by Chief Adebay Sarumi are about   submitting their reports without any recommendation to that effect. 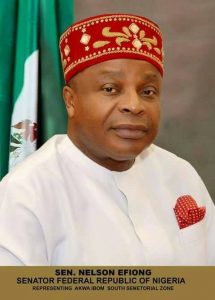 The seven members IMC, which were housed at the Le- meridian hotel and golf course in Uyo, have concluded their assignment.

Though, their repositioning and restructuring, as well as their recommendations is secluded in top secrecy, our findings reveals that the committee did not work on the status of the school, either to become a university nor a degree awarding institution.

We gathered that, the IMC said that was not part of their mandate.

Meanwhile, the National Assembly, the Senate in particular have already pass a bill for the academy to become a Maritime University since last year, while, the House of Representatives is still working on their version, they held a public hearing on the matter last year.

Our Correspondent also gathered that, the House Committee on Maritime Education, Administration and Safety chaired by Hon, Mohammed Bago, who had declared the IMC as illegal last year had invited the IMC to present their reports and recommendation after their six months tenure.

During their six months tenure, the IMC which had  Chief Adebayo Sarumi, Engr. Olu Akinsoji, Captain Adamiu Biu, Dr Kelvin Okonnah, Engr. Greg Ogbuifun, Arc Ita Otoyo, a representative from the Federal Ministry of Transports and Comdr. Duja Effedua (rector) were able to carry out the following: Deployment of over 300 staff of the institution within the Units, Departments and Liaison offices of the academy. Closing down of the Specialized training centre’s in Port Harcourt  and Calabar established by late Joshua Okpo, former rector of the institution, merging of some departments and  units  in the school.

The IMC also suspended some principal officers, including the registrar, Mr. Mkpandiok Ante Mkpandiok. It is speculated that, though the committee had jettisoned the plan sack of some staff due to public outcry, they may have recommended that to the Minister for onward execution by the rector.

Stakeholders see these actions as purely administrative and not worth setting up a committee for six months spending the academy’s lean resources in a five- star hotel for such minor jobs.

The committee was also said to have stopped the peculiar monthly allowance paid to staff to boost their megre salaries, calling it illegal payment.

They were alleged to have engaged in intimidation and threats of sack to those who disagree with them on professional issues.

Surprisesingly too, it was gathered that, after their six months tenure, the IMC were not able to addressed the professional issues like accreditation of new courses such as Naval architecture, Marine Insurance, Maritime Law etc. which have been pending at the National Board for Technical Education (NBTE) for accreditation, sea time training for Cadets nor buying a training ship for the academy was not also addressed.

We also learnt that, the academy old courses, Marine Engineering, Nautical Science, Boat/Ship Building technology and maritime studies are also due for re-accreditation, but, when the attention of the rector was drawn to it, he shut it down, saying the academy’s courses are accredited by the International Maritime Organization (IMO).

Also, such burning issues like procedures for management succession in the academy, cadets accommodation, staff welfare and other critical infrastructures were said to have not been addressed by the committee.

Our questionnaire to the rector, Comdr. Duja Effedua (rtd) on some of the successes recorded by the IMC during their six months tenure was not replied.

We also seek to know why the committee stopped the staff monthly allowance and their recommendations on the status of the academy, among other issues, were not also provided answers as at press time.

Meanwhile, the National Assembly may be at conflict with the IMC recommendations regarding the status of the academy. It is expected that at the end  of the IMC tenure, the rector, Comdr. Duja, Effedua (rtd) will resume fully as rector and is  to implements all the  recommendations  of the committee as may be approved by the minister, including  the either compulsory retirements or outright sack of some staff of the institution.